Among the first to receive a recycled computer was Damarko Haynes, a junior at Cleveland's Martin Luther King High School, who was surprised with a MacBook 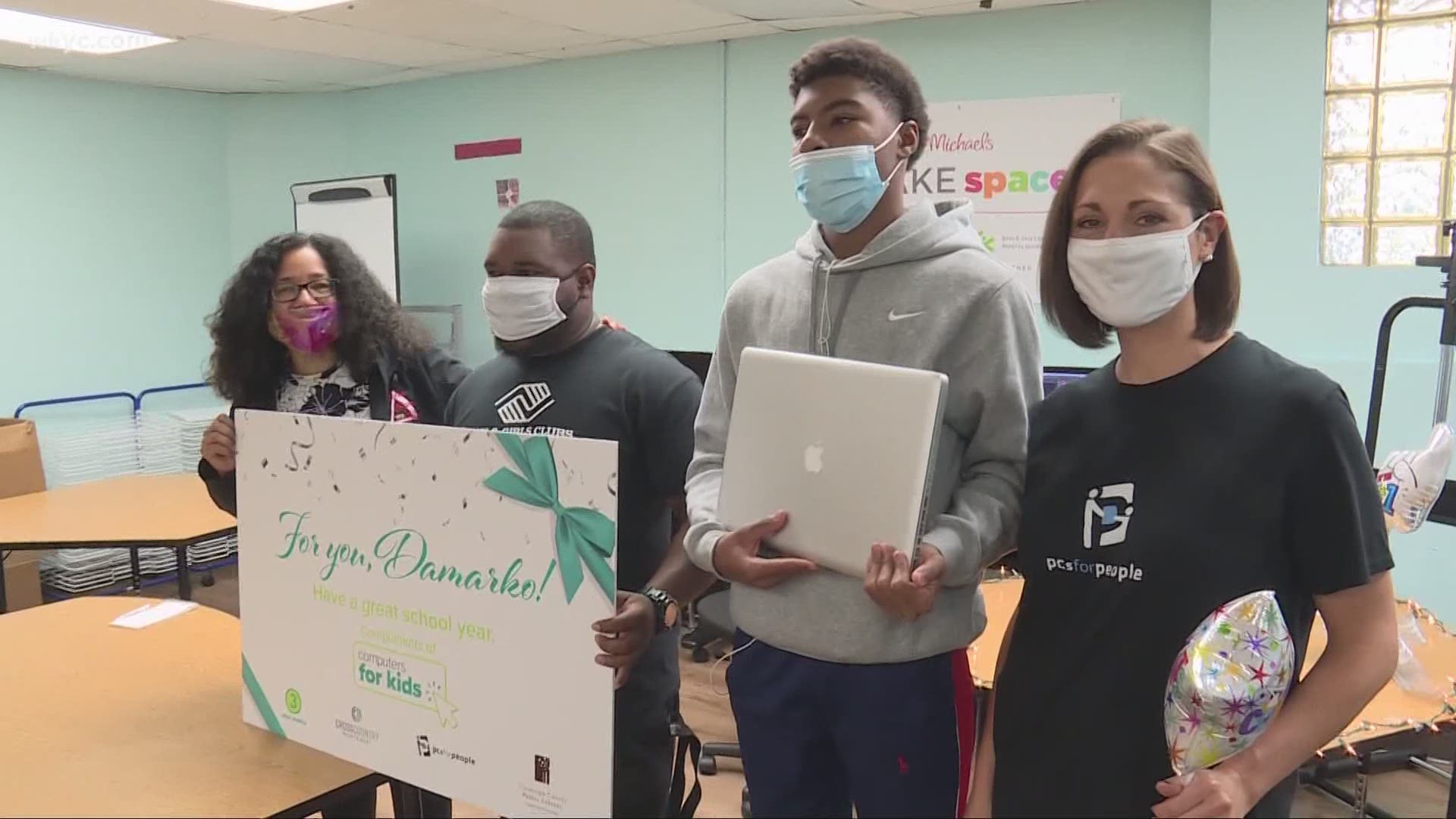 CLEVELAND — As our Computers For Kids drive enters its final week, we're proud to announce that nearly 1,000 used laptops and desktops have been donated so far, to be distributed to students in need.

“We’re really thrilled. This has been a huge help,” said Executive Director Bryan Mauk of PCs for People Cleveland, which will safely erase the data on all donated computers, refurbish them and distribute them.

One of the first students to receive one of the recycled computers was Damarko Haynes, 17, a junior at Martin Luther King High School in Cleveland. The teen is talented at graphic design, but has to go to the Boys and Girls Club at King-Kennedy to use the computers there for his graphic projects and schoolwork.

3News and PCs for People surprised him Wednesday with a refurbished MacBook, after learning that he didn't have a computer at home.

With so many schools starting the new academic year off virtually due to COVID-19, computers are vitally needed to help students do their school assignments at home.  That’s why WKYC Studios partnered with the non-profit PCs for People and the Cuyahoga County Public Library to help bridge that digital divide.

Donations are still welcomed. If you didn’t make it to one of the participating libraries before the end of August, no problem. Computers may still be dropped off through this Friday, Sept. 4, at the PCs for People office, 3126 St. Clair Ave., Cleveland. They are open weekdays from 10 am to 5 pm.

Here are details on what to donate:

Our Computers for Kids drive is sponsored by CrossCountry Mortgage, which also pitched in to donate nearly 100 used computers to our initiative.

Large donations of used computers from local corporations are especially needed, and pick-up is free.   Many thanks to Eaton Corp., GE Lighting a Savant Company and Squire Patton Boggs for stepping up and donating much-needed equipment.

Corporate donors can sign up at givecomputers.org or  send an email to recycle@pcsforpeople.org or call Daniel Valentin of PCs for People at 216-600-0014.

PCs for People received $3 million in grant funding from The Cleveland Foundation and Cuyahoga County to collect, refurbish and distribute the donated devices.

In the coming weeks, the nonprofit will distribute an estimated 10,000 computers and also 5,000 hot spots that come with a two-year wifi subscription to families with K-12 students.

Do you know of a child that needs a computer and wifi access in order to learn at home during the coming school year? Low-income families in Cuyahoga County can now go online to apply for a free computer and hot spot, from PCs for People.

To apply, go online to pcsforpeople.org/ohio (preferred), or call 216-930-5741. You must include proof of eligibility and enrollment in a k-12 school when you apply.