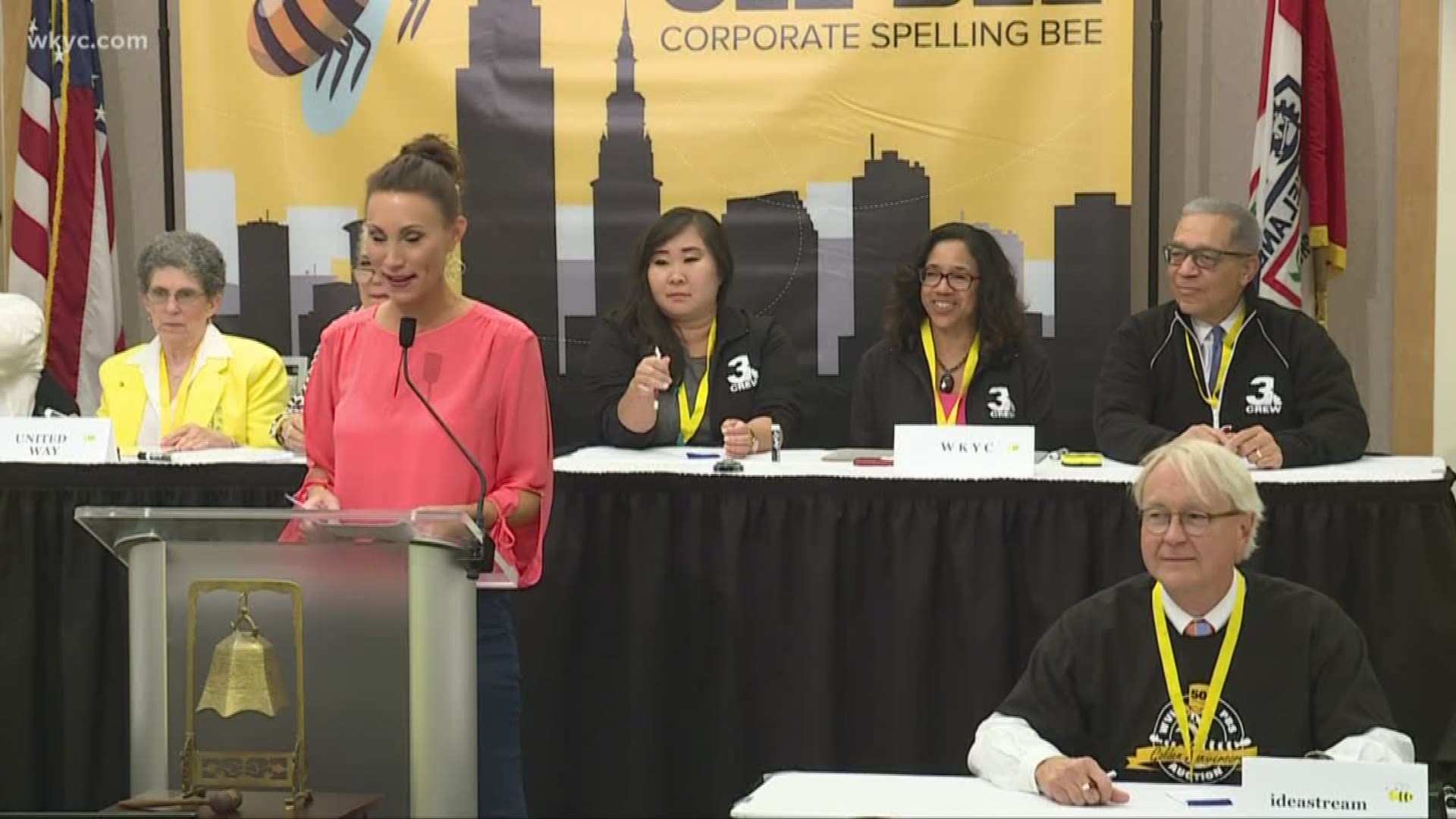 Remember being in elementary school and studying every week for the Friday Spelling test? So, how did you do on those? Were you a good speller or just average? Well, on September 12, Cleveland corporate and community teams will put their best spellers forward to compete against each other for the title of “Corporate Spelling Bee Champion of Cleveland” and take home the top prize, a trophy.

The Literacy Cooperative hosts the bee from 5 to 8:30 PM at the City Club of Cleveland. They call it a “high-spirited, fast-paced, fun and fiery adult bee with words that challenge and spark the intellect.”  In other words, don’t expect easy words.

Each team will be made up of three members. There will be up to 8 teams battling it out in the single elimination rounds with the final four then competing in the championship round. Last year, teams from Thompson Hine, Cuyahoga Community College, Medical Mutual and the Cleveland Public Library went against each other in the final round with the Library team winning it all.

Mike McIntyre, Plain Dealer Columnist and Host/Producer of the “The Sound of Ideas” on WCPN and WKYC’s Mike Polk, Jr. will emcee. The words will be presented by Mike Snyder, from WTAM’s Wills and Snyder in the Morning, and Monyka Price, Chief of Education for the City of Cleveland.  WKYC is one of the media sponsors of this event and will also have a team competing to take home that trophy.

Proceeds benefit The Literacy Cooperative of Greater Cleveland which works to address low literacy in the community.