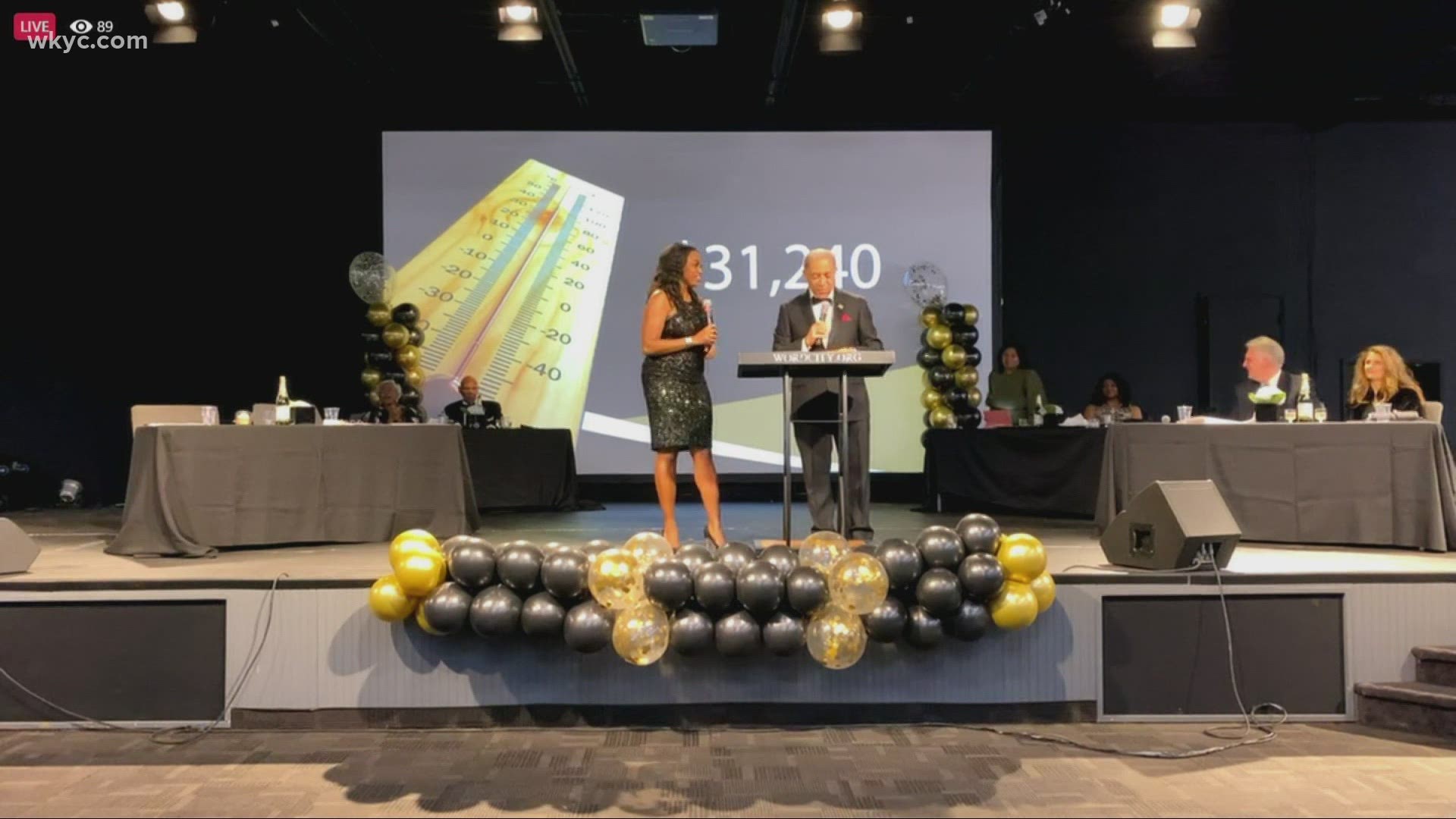 This year, due to the pandemic, the organization’s signature event was held virtually on Nov. 14, but it still featured plenty of sparkle and memorable moments.

WKYC’s Jasmine Monroe and Leon Bibb emceed the live event, which was broadcast from The Word Church in Warrensville Heights and livestreamed over Facebook.

This year marked the 40th anniversary of the annual Scholarship and Awards Gala, and the livestream featured a video interview with Nancella Harris and Art Baker Jr., two BPACF founders who recounted the history of the organization.

Throughout the evening, a montage of videos played that spotlighted four decades of Black Professional of the Year award winners, including the Rev. Dr. Otis Moss, Jr., U.S. Reps. Louis Stokes and Stephanie Tubbs Jones, and Leon Bibb, who was Ohio’s first black primetime TV anchor.

A huge team came together to make the virtual event a success, including founders, Board of Trustees, staff, sponsors, honorees, scholars, volunteers, and vendors. WKYC Studios was the media partner for the gala.

BPACF board president Meltrice Sharp said that BPACF has awarded over $3.5 million dollars in scholarships since its inception, with more than 70% of that funding going to first-generation Black college students. "These extraordinary young people have overcome tremendous disparities and are still able to matriculate through college successfully."

Organizers set a "40 for 40" goal for the 40th anniversary event and hoped to raise $40,000 for scholarships. The final total was very close, and topped $36,000. Sharp said that supporters can still support BPACF's 40 for 40 campaign, by making a donation online. "Gifts of all sizes will help us remain a strong and viable organization for many more years to come."