The award will be presented on Thursday evening at Executive Caterers at Landerhaven. 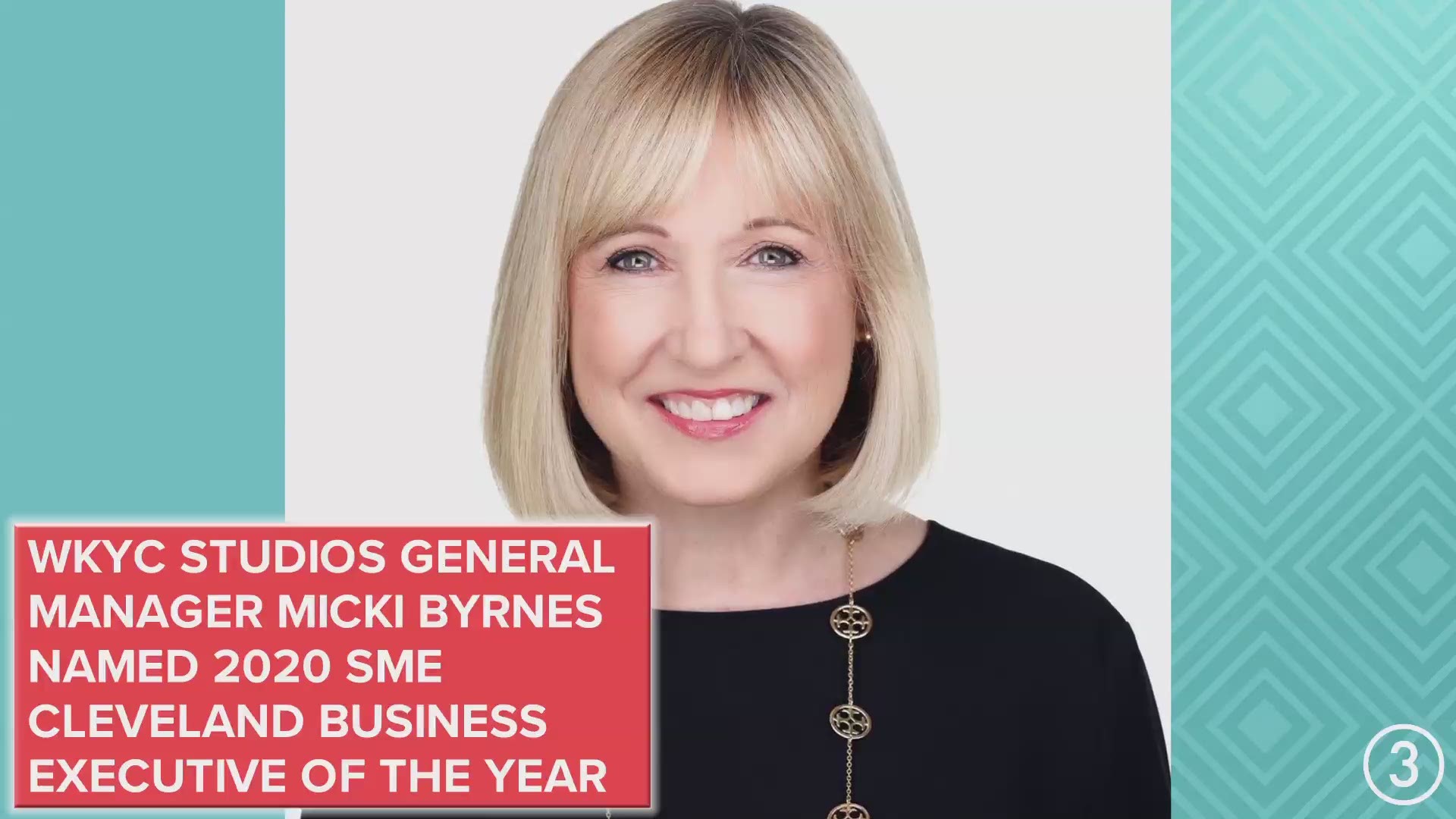 CLEVELAND — Sales & Marketing Executives Cleveland (SME Cleveland) has bestowed its 2020 Business Executive of the Year award to our own Micki Byrnes, President and General Manager of WKYC Studios.

The award acknowledges excellence in sales and marketing achievement and is based on the demonstration of the highest business, professional and ethical standards. It will be presented at the 59th annual Distinguished Marketing and Sales Awards gala banquet on Thursday evening at Executive Caterers at Landerhaven.

“I’m truly honored,” Micki says “I came up on the marketing side of the business so to receive this particular honor from SME was truly special to me.”

Micki joined 3News in 1997 as Director of Marketing and was named Vice President, Advertising and Promotion in 2000, and Station Manager in 2014. She has held broadcast management positions in Boston, San Francisco, Atlanta and Orlando. Byrnes is a past Chair and Director of PROMAX, International, the television industry’s premiere marketing association. She has also served on the marketing advisory boards of CBS Television, ABC Television and Fox Broadcasting and is the past Chairperson of the NBC Affiliate Promotion Committee.

Byrnes is only the second woman to ever win the SME Cleveland Business Executive of the Year and is proud of helping to continue the growth of women as leaders of business and industry.

“I’m old enough in this world and in this career that I have been ‘the only’ in many ways,” Micki explains. “There’s more that has to happen to open doors to get women into senior leadership. Personally, I just went for it and didn’t let the fact that I was ‘the only’ in a room hold me back.”

Micki has also distinguished herself in community service. She was a member of the 2005 class of Leadership Cleveland and continues to serve on their Selection Committee. She helped create the US Marshal of Northern Ohio’s Posse for Community Outreach and was a member of the FBI Citizen’s Academy class of 2012. Micki currently serves as a board member of the Cuyahoga Community College Foundation, In Counsel with Women, the Greater Cleveland Chapter of the American Red Cross, The Cleveland Leadership Center, Destination Cleveland, the Ohio Association of Broadcasters and Coats for Kids.

Micki has won numerous regional Emmy, Telly and Addy Awards. She was inducted into the Cleveland Association of Broadcasters’ Hall of Fame in 2013 and was named a 2016 YWCA Woman of Achievement and a 2016 Crain’s Woman of Note. She was also named 2016 General Manager of the Year by Broadcasting & Cable magazine.