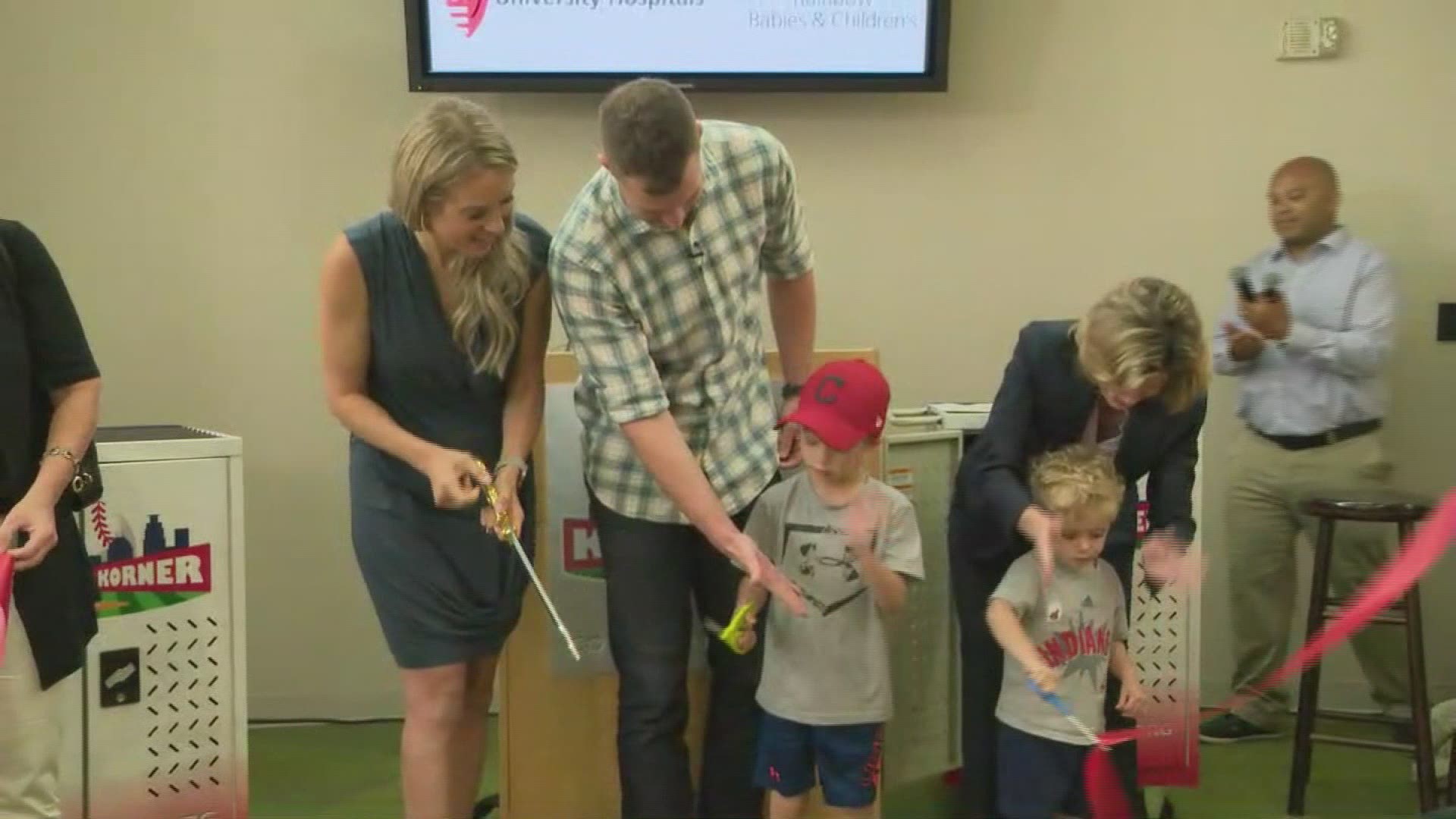 CLEVELAND — He may be prevented from contributing on the field, but Indians pitcher Corey Kluber is certainly doing so off of it.

Kluber and his wife Amanda hosted their second annual "Curveball for a Cause" fundraiser Monday night at The Metropolitan at the 9 in Cleveland. The event featured plenty of food, cocktails, and auctions, and several of Kluber's Tribe teammates attended.

Last year's Curveball for a Cause raised more than $178,000 for the Kluber Family Foundation, which focuses on seriously ill children from the Cleveland area and their families. This past year, the foundation also expanded on its Kluber's Kids program with Kluber's Korners, providing plenty of high-tech play options for pediatric cancer patients during hospital stays.

A two-time Cy Young Award winner, Kluber has not pitched since May 1 after breaking his right arm against the Miami Marlins. He was on track to return in September but later strained his oblique and is in danger of missing the rest of the season.