According to the governor's office, the state has a limited supply of the vaccine, and the choice to return is still up to each district. 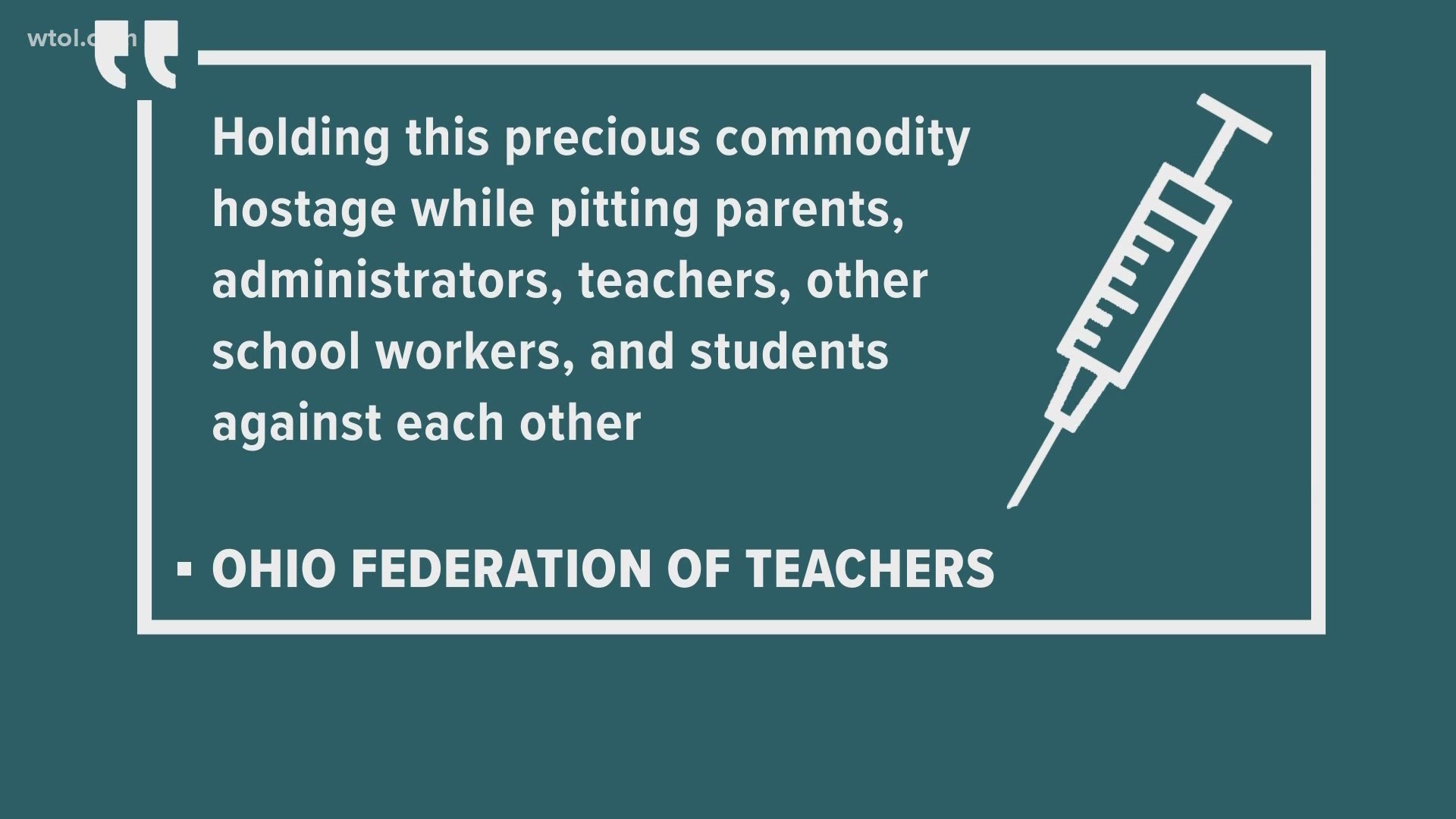 TOLEDO, Ohio — Ohio teachers and school staff qualify for the COVID-19 vaccine in less than a week.

However, the representatives with the largest teacher's union said districts are being pressured by Ohio Gov. Mike DeWine to reopen in order to get the shot.

In mid-January, DeWine said 96% of the state's schools had agreed to return to in-person learning, a prerequisite for teachers and staff to receive their doses.

In Lucas County, every school district is planning to return to some type of in-person learning or are already doing so.

With so many districts making that choice, leaders with the Ohio Federation of Teachers believe DeWine is using the vaccine as a "bargaining chip" to get schools to re-open.

In a letter to the governor, the union said, in part, that he is "holding this precious commodity hostage while pitting parents, administrators, teachers, other school workers, and students against each other."

A spokesperson with the governor's office said DeWine wants schools to return so kids have all the benefits of in-person instruction.

"In order to most efficiently use the limited vaccine available, the governor made the decision to offer the vaccine to the adults who work in schools whose districts have indicated that they will go back to in-person learning. The decision to go back is up to the districts," the spokesperson wrote.

One of the groups signing the joint statement to the governor is the Toledo Federation of Teachers (TFT).

WTOL 11 reached out to the President of TFT, Kevin Dalton, about what teachers' thoughts are locally, but as of 7:30 p.m. Monday, there has been no response.

The group is expected to have a member call Tuesday night to discuss the vaccine plan and TPS's return to in-person learning, which is slated to begin in late February.