Piece of Akron bridge falls onto car's windshield on I-76, ODOT investigating cause

The East Ave. bridge in Akron was struck by a semi-truck carrying a bulldozer on Dec. 3. 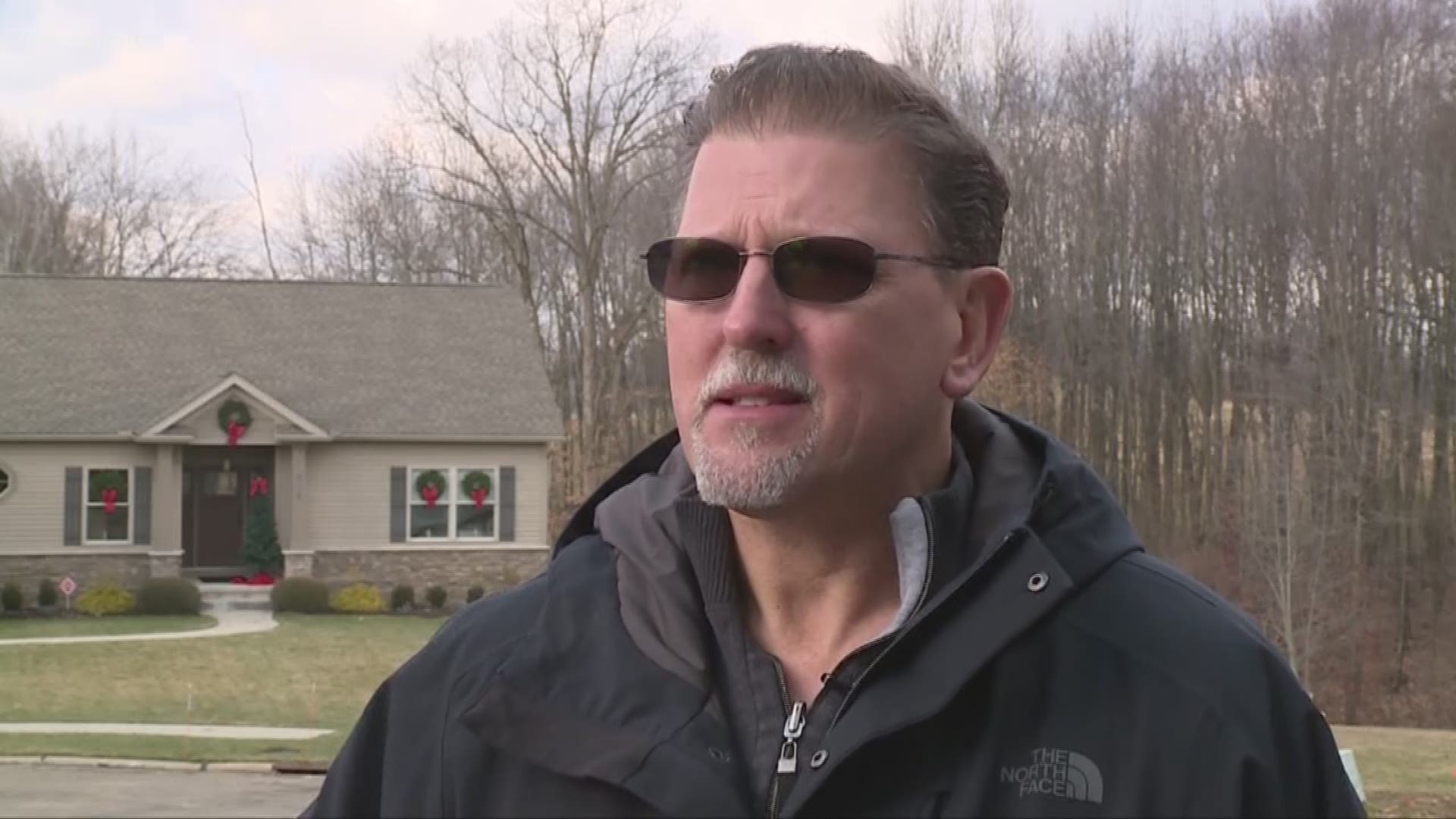 Len Brown's pictures of his vehicle shows the damage left behind when a piece of an Akron bridge fell and shattered his vehicle's windshield.

"It felt like my car had exploded," said Brown, of Canal Futon."

It happened on Interstate 76 in Akron under the East Ave. bridge on Friday. It was the same location where a semi-truck carrying a bulldozer had struck the overpass about two weeks ago.

RELATED: I-76 East in Akron re-opens after semi hits bridge

"I saw something hit the windshield," said Brown. "Glass and glass dust was everywhere inside the vehicle. It really scared me to death."

Brown was unaware of the bulldozer accident until after he had spoke to officers to file a police report with the Akron Police Department.

"At first I thought someone had thrown something off the overpass."

Police had informed Brown that the the bulldozer had struck that same bridge about 10 day earlier.

"I found on the side of the road this composite, concrete drainage tube that had fallen loose from the bridge and hit the vehicle.

The Ohio Department of Transportation had inspected the bridge for hours on Dec. 3. It took crews nearly a day to remove the bulldozer from the highway when it struck the overpass early that morning. ODOT had closed the East Ave. bridge to traffic to inspect its structural integrity and reopened the bridge, limiting the traffic flow to one lane in each direction, the following day.

ODOT spokesman Brent Kovacs said they investigating what caused the piece of the bridge to fall onto the highway. Crews did another inspection of the bridge and found no additional concerns.

Kovacs said the "due to the damage the bridge sustained two weeks ago, [ODOT] will be repairing two bridge beams and replacing numerous steel cross braces." He said the repairs are currently "under design" and they plan to make repairs as soon as possible.

Brown tells WKYC that he’s not angry over what happened, but is concerned that "something got missed" during the first inspection.

Brown was not injured in the incident and said he's thankful that no one was traveling with him in the passenger seat.

"There could have been a tragic end to this story, but luckily I’m still here."