Authorities have already ruled out drugs or alcohol playing a role in the crash. 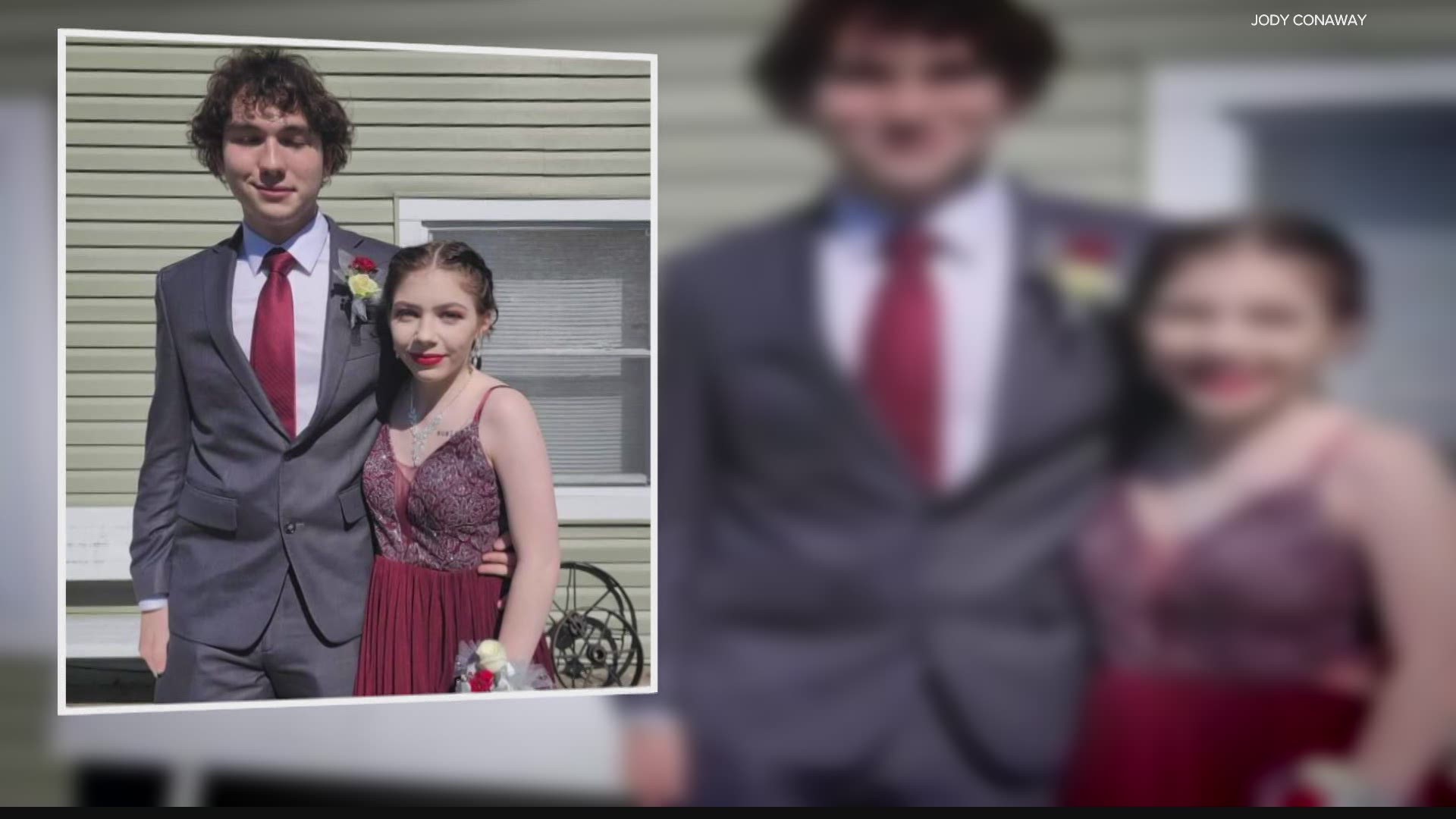 ARCADIA, Indiana — 13News has learned the cause of a fatal crash that killed two high school students and injured three others could become public any day now. The Hamilton County Sheriff's Office has been working nonstop to get to the bottom of why the crash happened after learning preliminarily from witnesses what may have led to the deadly collision.

The crash happened at 5:15 p.m. at 281st Street and Lacy Road. Four teenagers drove to one of their mothers' houses in one car. Hamilton Heights High School senior Kalen Hart and her date, Cathedral High School junior Lendon Byram, were passengers in the car.

The couple had been dating since the beginning of the year. Both died in the crash and two other passengers were injured. Kalen was 18 years old and would have turned 19 in August.

Friends, family, and community members gathered multiple times on Sunday to pray and mourn the loss of Hart and Byrum.

RELATED: Family and friends remember couple who died in crash on their way to prom

RELATED: Fundraiser created for family of Hamilton Heights student killed in crash on way to prom

Since the crash, the Hamilton County Accident Reconstruction Team has been putting together step-by-step details on the crash to try to figure out how and why it happened. Authorities are learning more from measurements at the intersection, and mapping out the vehicle locations and directions using a drone. They are also downloading driver action and reactions from the black box taken from both vehicles. The black box records things like speed, braking, turn signal use, and other operational details.

Authorities have already ruled out alcohol and drugs playing a role in the crash.

Exactly when the investigation will wrap up is unclear, but 13News learned that the necessary information is being compiled for the final crash investigation report.

RELATED: Visitation and funeral arrangements set for Kalen Hart, who died in crash on way to prom