Police estimated 1,000 people were in attendance of "Chittfest," a large party typically planned every year on the night of the Buckeyes' spring game. 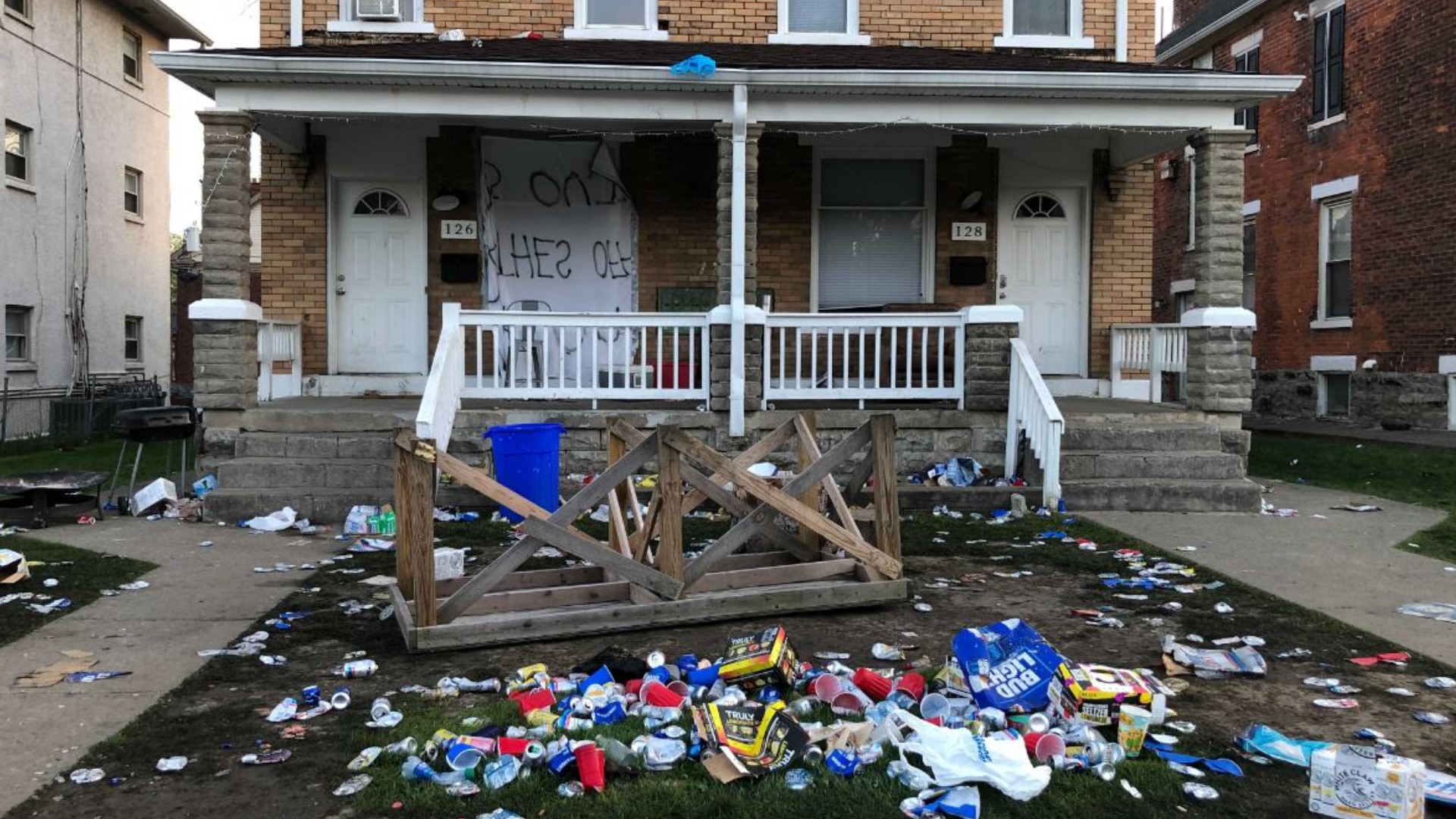 Police estimated 1,000 people were in attendance of "Chittfest," a large party typically planned every year on Chittenden Avenue between North High Street and Summit Street.

CPD Commander Dennis Jeffrey said that police were aware the event was going to happen but didn't expect this many to attend.  The party started to get "out of control" around 10:45 p.m. and multiple officers were sent to the scene.

Seven cars were flipped over and severely damaged, according to police.

“I hope the university holds some accountable if they can identify them. We’ll work on identifying folks that did the damage and maybe we can get some kids suspended, expelled maybe," Jeffrey said.

Another look at the Chitt Fest aftermath @10TV pic.twitter.com/N2p4gYEzWO

Corey Harris, an Ohio State senior, said a group of people started to flip one car and then just started hitting the vehicle before police showed up.

"The people that have to come up here and have to clear this up, I feel sorry for them because they shouldn't have to do this. But it's just, what can you do, you know?" Harris said.

Cleanup crews were out overnight picking up trash with hand pickers. As of Sunday morning, the area remained littered with beer cans and other trash.

No arrests were made but police said they plan to work with the university to identify any students who may have been involved in causing the damage.

Last night’s behavior and destruction of property just off campus are unacceptable, and for our students who were involved, this does not represent who we are as Buckeyes.

An Ohio State University's spokesman, Ben Johnson, released a statement in regards to the incident:

"Last night’s property destruction and willful disregard for safety just off campus is unacceptable. Ohio State will work with local law enforcement to identify and hold responsible any students who took part. Anyone with information should contact Columbus police at (614) 645-4545. In a normal year, such behavior is appalling and dangerous. In a pandemic, the risk is even higher. Students should not be gathering in large groups and should be wearing masks and maintaining a physical distance. We have all worked hard to remain together on campus this year, and we urge students to continue following our safe and healthy requirements, on and off-campus."