ST. LOUIS — Police released surveillance video in hopes of identifying the suspects accused of trying to rob a woman and then shooting her as she drove away Friday night.

The St. Louis Metropolitan Police Department said the shooting happened at about 1:22 a.m. at the intersection of Goodfellow Boulevard and Natural Bridge Avenue.

The victim, a 41-year-old woman said she was in her car waiting at a red light when four males came up to her window. One male had a handgun and told her to unlock her door.

She tried to drive away, and the male fired shots into her car and struck her, police said. All the suspects then ran away.

The woman kept driving on Natural Bridge Avenue until she crashed into another car near Clara Avenue.

The woman who was shot was taken to the hospital and listed in stable condition.

The driver of the other car, a 74-year-old woman, was also hospitalized with a possible forearm fracture and was listed in stable condition.

The male seen in the video wearing a black "Just Do It" hoodie and blue jeans is suspected of shooting the woman. The fourth suspect's face is blurred because he is believed to be a minor. 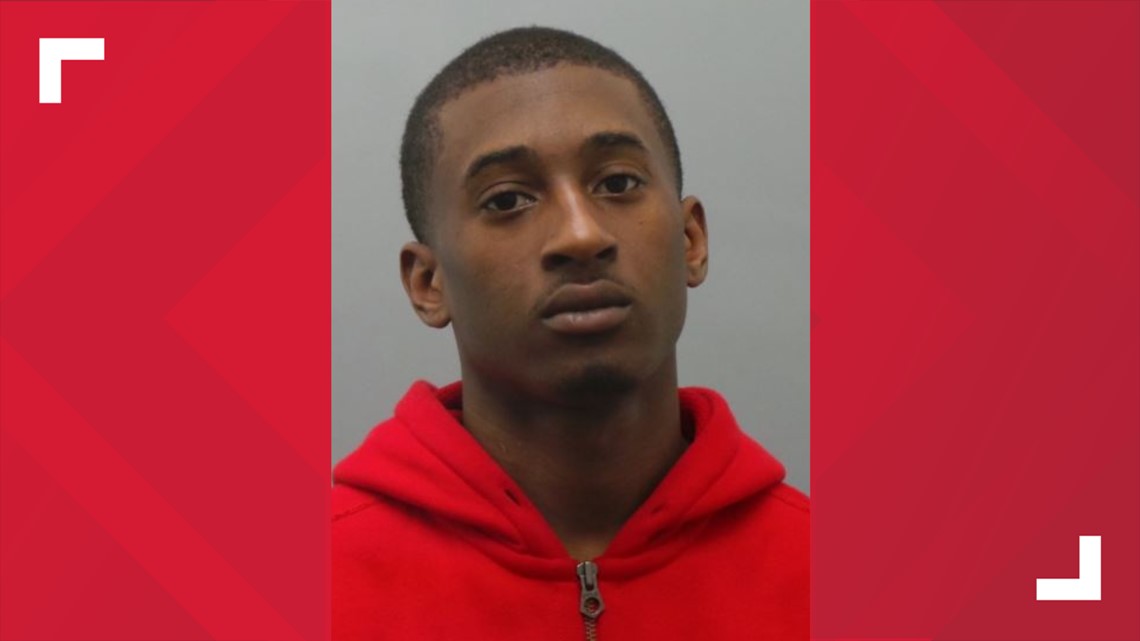 RELATED: 'I was so scared' | School bus full of students caught in crossfire of north St. Louis shooting

RELATED: 'Our family is grieving' | Family of man charged in Edwardsville attorney's murder speaks out