Portage County sheriff uses public platform to speak out against Indians name change; "another attempt of trying to erase our history"

Portage County Sheriff Bruce Zuchowski released a statement to the public via the Facebook account of the sheriff's office Saturday. 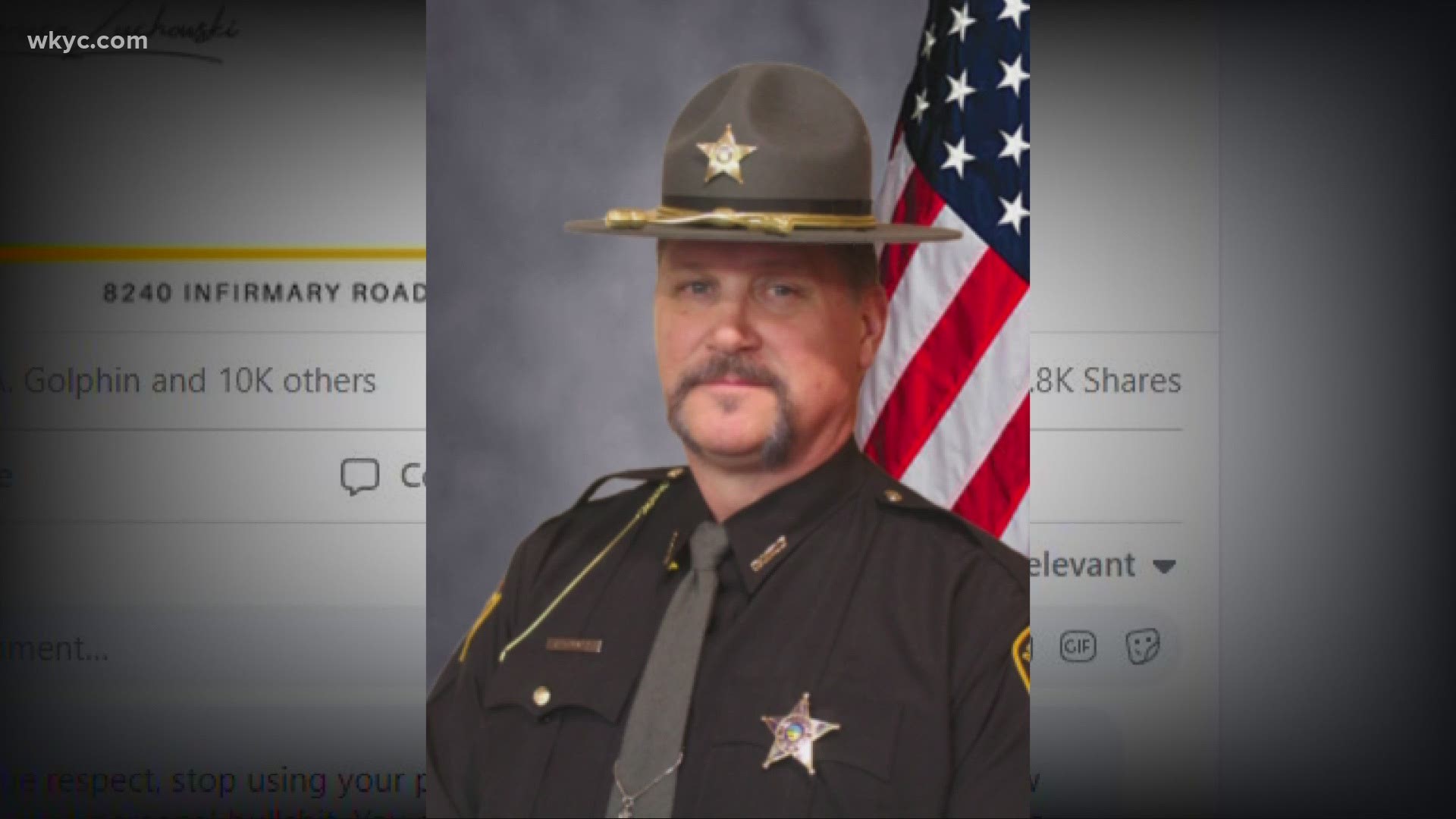 PORTAGE COUNTY, Ohio — In a controversial move, Portage County Sheriff Bruce Zuchowski took to Facebook over the weekend to speak out against the name change of the Cleveland Indians, a topic of debate in Northeast Ohio for years.

On Friday, Cleveland's MLB team announced that immediately following the 2021 season, they would rebrand the team under the name "Cleveland Guardians," inspired by the guardian statues found on Hope Memorial Bridge just across the street from Progressive Field.

While many saw the move as a long time coming, another large population of baseball fans in the CLE were not happy with the decision, despite the team announcing that a change would be coming. Included in that group is Sheriff Zuchowski, who posted his comments publicly on Portage County Sheriff's Office Facebook account.

Zuchowski says in the post that he "felt compelled" to speak out on the issue on behalf of the "silent majority" and says his grandfathers-- whom he watched baseball games with when he was young-- would be "turning over in their grave with anguish and disgust toward the recent actions."

The post has received more than 5,000 reactions, ranging from laughing emojis to hearts to angry face emojis. The comments section of the post is no different, with more than 6,100 users sharing their thoughts on the name change, as well as the sheriff's decision to use his public platform to address it.

From the Desk of Sheriff Bruce D. Zuchowski July 24, 2021 In response to the recent announcement made by Cleveland's...

You can read the full statement made by Sheriff Zuchowski below:

"In response to the recent announcement made by Cleveland's Major League Baseball team, I felt compelled to make a statement on behalf of the silent majority.

For the past few days, the release has been weighing heavy on my mind with disappointment and hopelessness. I thought back to the roots of baseball - an American family tradition. Sometimes referred to as America's National Pastime, the game of baseball has played an active role in our nation for centuries. When I was a child, I remember observing my grandfathers watching the Indians game on TV or listening on their AM radios. They both loved the Indians back in the day. Today, I know they are both turning over in their grave with anguish and disgust toward the recent actions. My wife is a descendent from the Cherokee and Blackfoot American Indian tribe. Both she and her relatives never viewed the Cleveland Indians as a biased or prejudiced team but rather their hometown baseball franchise. This is once again another attempt of trying to erase our history due to the outcry of the few that affects the many.

I have boycotted professional sports for the past three years and if you were to ask me who the starting lineup was for the Indians, I couldn't tell you. Some may question if I don't care to watch or follow their progress, why should I care about their name change? The fact is that the general standpoint is not about this particular position taken by the team but rather the principle of the decision-making process.

These unfortunate decisions are being made while continuously impacting individuals and industries across the nation. Both lawmakers and decision-makers need to begin to think about the majority of their constituents before caving to the impulsive demands being made by a small group of the public."