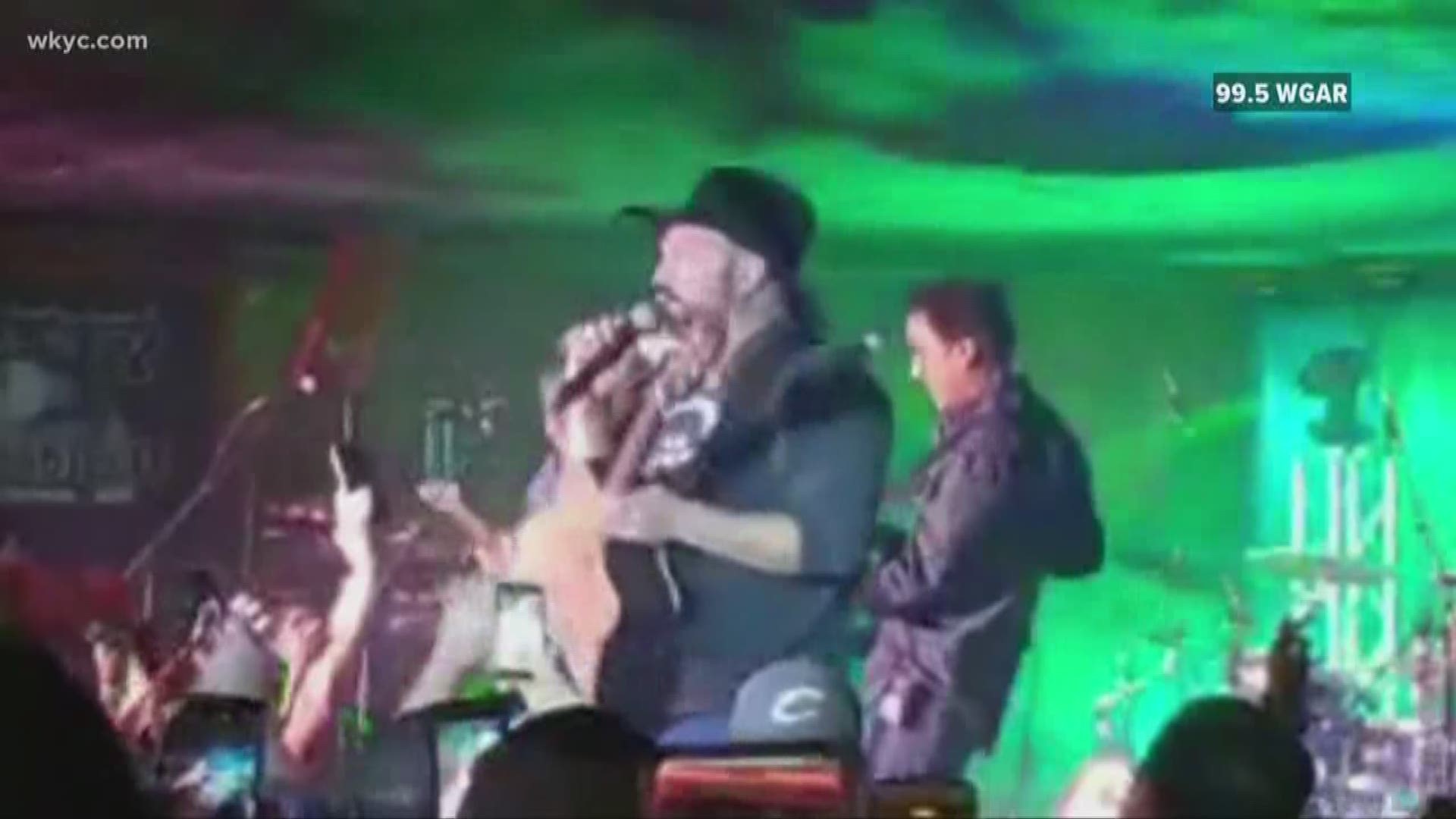 Whether you arrived by horse and buggy or in an SUV like Ohio Governor Mike DeWine, people came from all over the Midwest to see Garth Brooks perform at the Dusty Armadillo in Rootstown, Ohio.

The "Dusty A" is a classic country bar and dance hall. General Manager Colleen Zito says the building's official occupancy is 750, but promoters have promised to keep ticket numbers well below that threshold. The building started life in the 1920s as the Maple Rest Gardens, a music and dance hall complete with its own orchestra. The highlight of the interior is the 5,000-square-foot solid maple dance floor. It should see a lot if use during Brooks' performance.

Brad Taylor says he was in a bit of disbelief when he learned he won tickets to concert.

“I was at work and my wife called me in the morning and said she won the tickets and I was super stoked,” says Taylor.

Everyone in line had one thing in common, they won tickets through contests at country radio stations after calling in.

RELATED: Want to see Garth Brooks at the Dusty Armadillo in Rootstown? Here's how

Her multiple calls paid off, so Whitney and Brad Taylor drove three hours to attend the concert. Before he went on stage, Garth Brooks greeted fans who wouldn’t get to see the Dive Bar concert, then it was showtime.

Brooks' trip through Northeast Ohio will be the fifth stop on his planned seven-date Dive Bar Tour.

Garth Brooks played more than an hour and a half at the Dusty Armadillo just as enthusiastically as he would one of his larger venues and the crowd loved it.

RELATED: Garth Brooks may be coming to a dive bar in your town