The camp is currently one of four sites being considered by the Department of Defense. 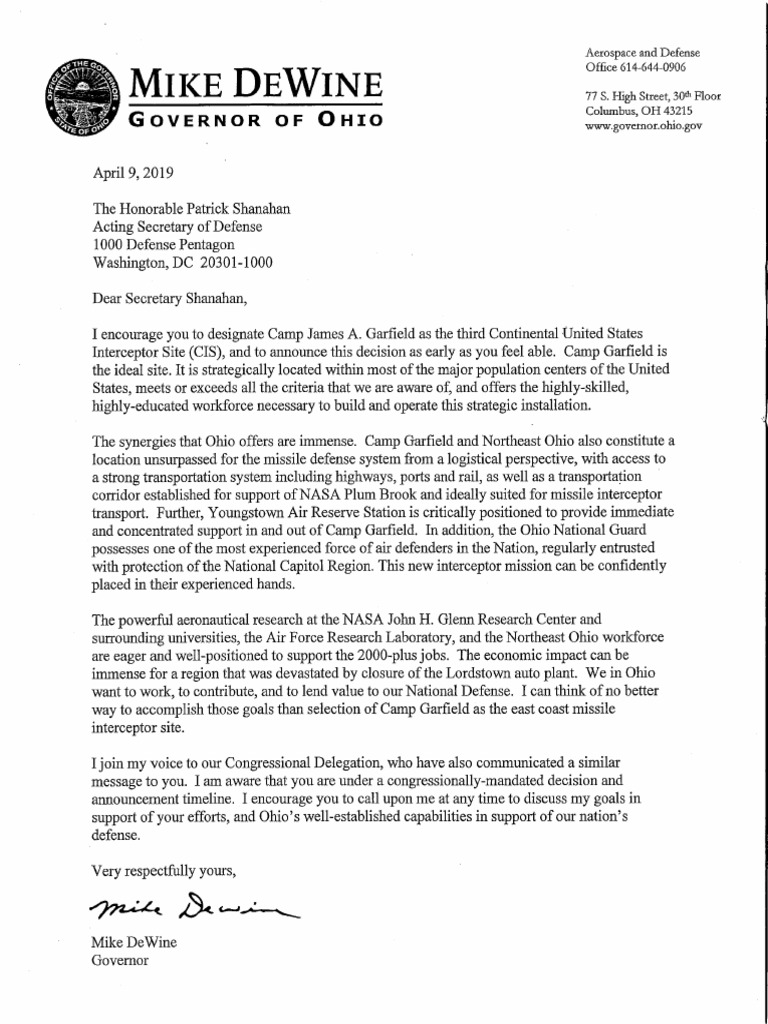 Camp Garfield, currently an Ohio Army National Guard military base and previously known as Camp Ravenna Joint Military Training Center, has been among four sites considered for the new CIS since 2013. The governor's office says the project could bring an economic impact of at least $3 billion to Ohio, along with roughly 2,000 construction jobs and "significant permanent direct and indirect jobs."

In his letter, DeWine cited the camp's strategic location as well as "a highly-skilled, highly-educated workforce." He also brought up the positive impact it could have on a community that was recently shaken by the closing of General Motors' Lordstown production plant.

"We in Ohio want to work, to contribute, and to lend value to our national defense," DeWine wrote. "I can think of no better way to accomplish those goals than selection of Camp Garfield as the east coast missile interceptor site."

DeWine joins Ohio's entire Congressional delegation in recommending Camp Garfield for the missile defense site. The Department of Defense is expected to make a recommendation sometime in the near future.