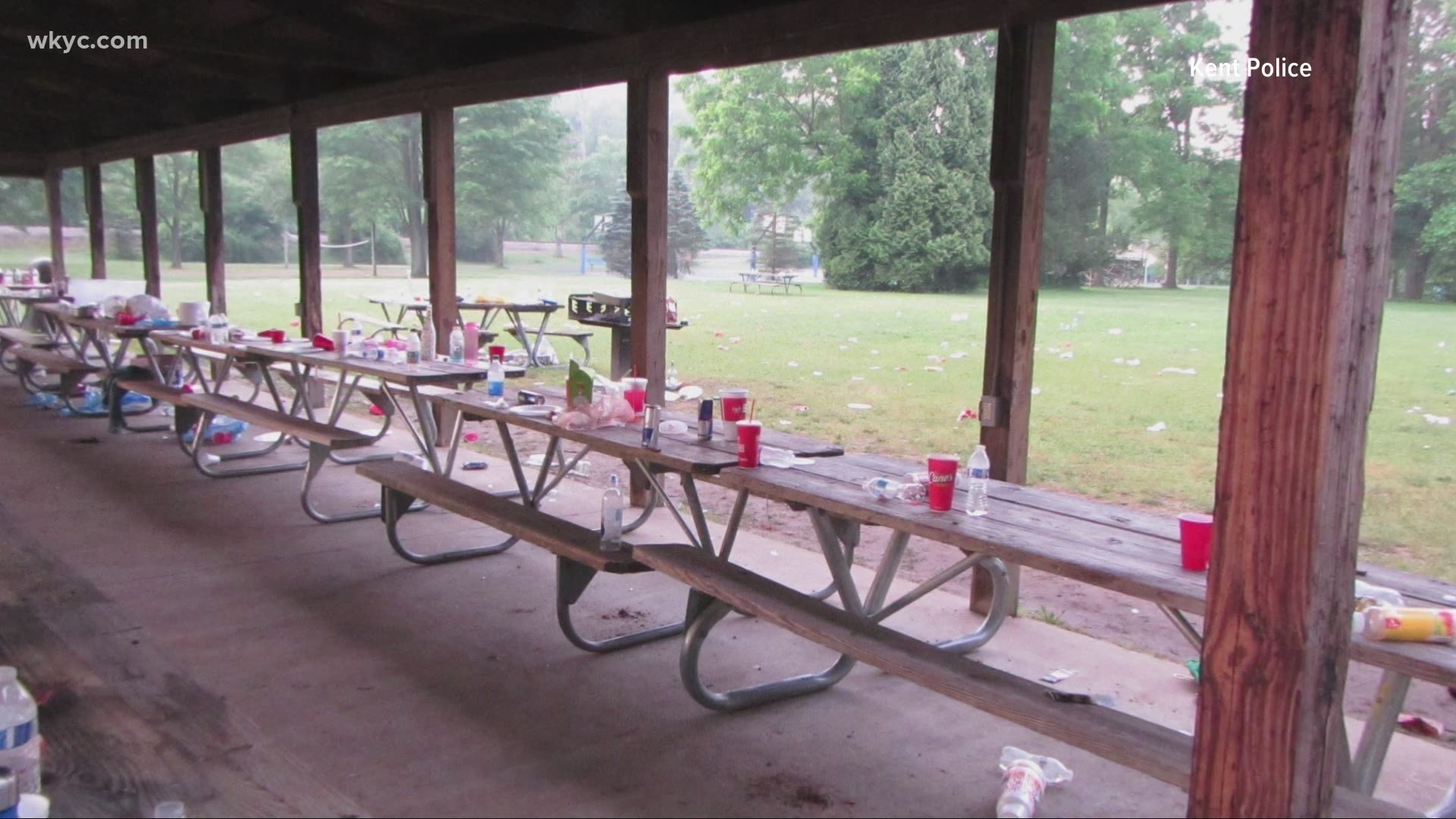 Officials cited a similar party that took place on June 19 of last year, which "resulted in an extremely large, uncontrolled party that caused damage to the city park and left it littered with trash, debris and broken bottles." In addition, the city says alcohol was being served to minors, crowd and music were creating "unlawful" noise, and feces were even smeared on walls and buildings.

Now, law enforcement say "a larger and potentially more destructive party" was in the works for 2021, with a DJ having apparently been booked and people planning to come from as far as Dayton and Cincinnati. Not wanting a repeat of 2020, city leaders made the decision to shut the park down, which "has unfortunately led to cancellations or postponements of legitimately scheduled gatherings."

"We are grateful for the full support of our residents and city leaders, as many of the estimated 1,000 partiers who attended last year were not affiliated with the City of Kent," Lt. Mike Lewis said in a statement. "This is not a place for outsiders to come and engage in unruly behavior that jeopardizes public safety and city property.  We will not allow it."

The park is set to reopen Sunday at 9 a.m.