A lot has changed in maze design technology in the past 20 years and this Portage County family farm has changed with it. 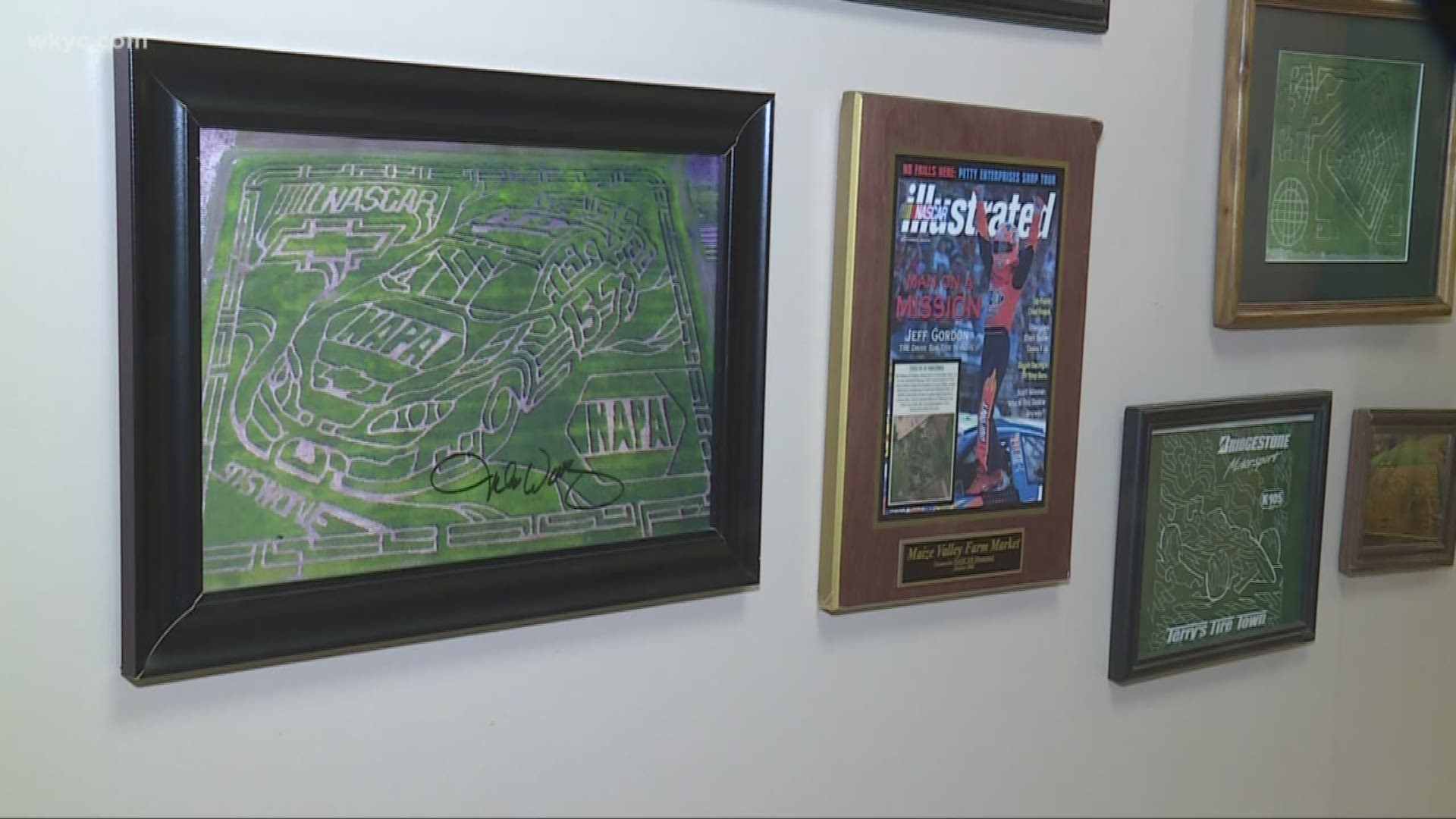 PORTAGE COUNTY, Ohio — Maize Valley Winery produces award winning wines and a variety of craft beers, and the family farm is a destination for visitors during harvest time.

It all started with a corn maze and pumpkin patch.

Bill Bakan's family owns the farm. "This will be our 21st season", he said while walking this year's corn maze. "It had to be planted twice because of the horrible, wet weather we had earlier in the year."

The corn looks great in some spots, a little small in others, but Bakan says, "It will be ready when we open."

The farm's first corn maze was cut by hand. Bakan says they gridded out the corn field, and then says, "we would take colored survey flags, you know, those colored flags you get?" They would number each color coded flag and when the corn came us and was tall enough, they'd follow the grid and flags and cut.

Labor intensive, it took a lot of time and attention away from other things going on at the farm. Eventually, they started using satellite and GPS technology to cut intricate designs in their field. Some garnering the attention of famous figures like popular NASCAR driver Michael Waltrip. Bakan remembers, "He liked the pumpkin cannon a lot more than the maze. I can shoot a pumpkin over a half a mile!"

It's changes like the pumpkin cannon, the winery and brewery, and many other facets added to the farm that, according to Bakan, have saved it. Bakan says, "We had to adapt. We had to change. We had to do something different. So, when we got into this 'agri-tourism', this is where it went."

Maize Valley is thriving, but always ready to evolve. To find out more about Maize Valley Winery and their schedule of events, check out their website.