One neighbor says the homeowner has been displaying the noose, on and off, for more than 10 years. 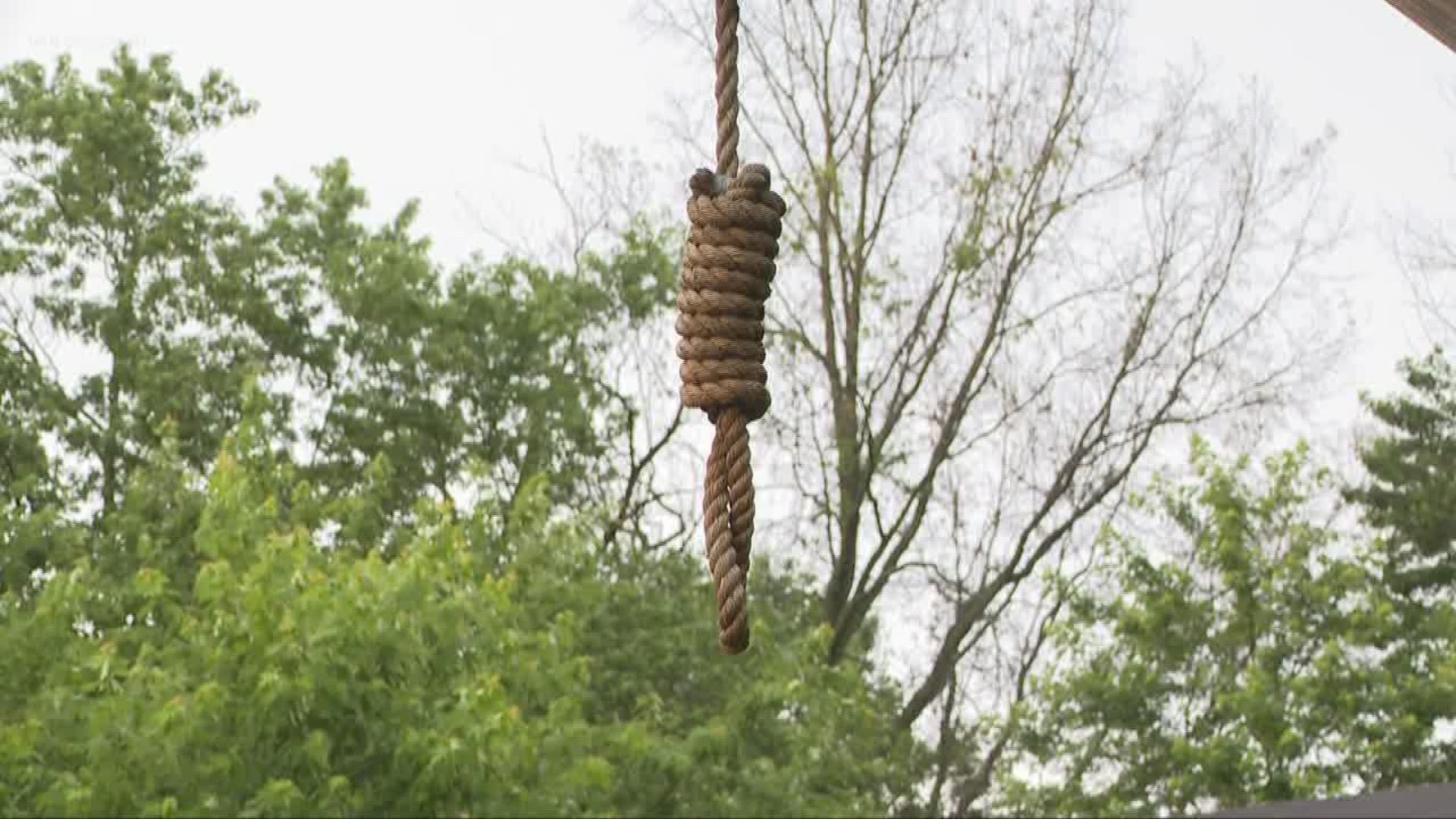 RAVENNA, Ohio — On the corner of Bennett and Walnut Street in Ravenna, there's a sight that has neighbors and passersby taken aback.

"Seriously? You're going to do that?" said one neighbor passing by.

A homeowner is displaying a noose hanging from a wooden post. It's clearly visible from the road, but on private property.

"It's the same type of noose, with a thick rope that blacks and African-Americans have been hanging from, said longtime Ravenna resident William Tarver, who contacted WKYC about the noose. "When you tie that knot, you know what you're doing," he said.

Nooses, long a symbol of bigotry and hatred directed toward African-Americans, have spurred laws in other states like Virginia, Connecticut, and New York that make it illegal to display nooses in a threatening manner.

But there is no law in Ohio, specific to nooses. Mike Benza, a Case Western Reserve University law professor said that in general, offensive speech is protected under the Constitution. However there is a law in Ohio that makes it a crime to do conduct that causes another person to be afraid of harm.

Ravenna Mayor Frank Seman says while the city investigates whether any laws have been broken, he insists that the display is not a reflection of the community.

"Quite honestly, I thought by the time I reached this age, the difference in race would be a thing of the past," said Seman. "I do not want to see it in this community, and we're going to be challenging it."

We tried to reach the homeowner, but no one came to the door. It's possible he could have seen us coming through several cameras posted all around his property.

One neighbor we spoke to says the homeowner has been displaying the noose, on and off, for more than 10 years.

Another neighbor, who didn't want to go on camera, defended the homeowner -- saying the noose is not a racist gesture. Rather, it's a message to vandals who once slashed his tires.

But as far as the mayor of Ravenna is concerned, he'd rather see a different kind of message on display.

"It's a very bad idea. It does not represent the people that I know who are working to improve this community," said Seman.