While some say it may be a prank, police say they're taking this seriously and charges could be next. 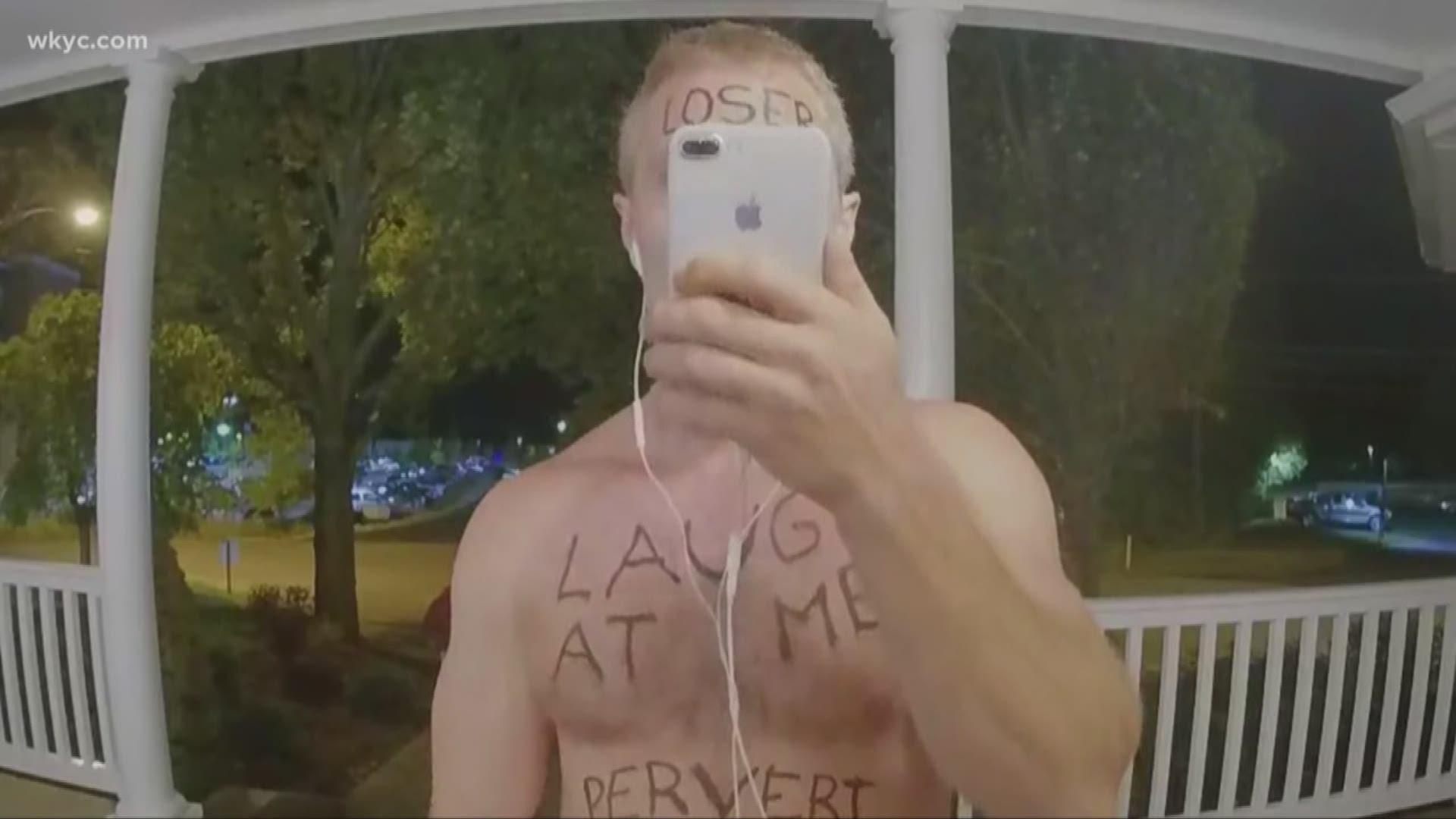 KENT, Ohio — It's a story that has college students on edge.

A naked man showing up on the porches of sorority houses at Kent State.

Police say this is not a prank and are worried that the suspect may do something more sinister.

The story dates back to late August when police say the man rang the doorbell late at night at a Kent sorority house –  naked. While some say it may be a prank, police say they're taking this seriously and charges could be next.

It's the third incident involving a man either fully or nearly naked.

The latest incident was caught on Alpha Phi's camera through their Ring doorbell. Police believe the man also showed up to the home back on August 22 – without any clothes on – and now, they're releasing a nude photo of him that was sent to sorority members through Instagram.

"One thing that makes it difficult to investigate is he's holding up a phone to his face," explains Captain Nick Shearer of the Kent Police Department. In the Instagram photo – a smiling face emoji is used to cover his face.

But police released a brand-new screenshot of the video where part of his face is very clear – in hopes that someone knows who he is.

"Is it possible that it's a college student playing a prank, it is possible. But we can't sit here and say that's the way we're investigating it because there could be a serious side and much more concerning side," says Capt. Shearer.

Police are asking for the public's help to identify the man. They're also trying to track down who sent the photo on Instagram to try and track him down in the hopes that it leads them to their suspect.