A man wearing what appeared to be only underwear was caught on camera on the porch of an off-campus sorority house at Kent State University. 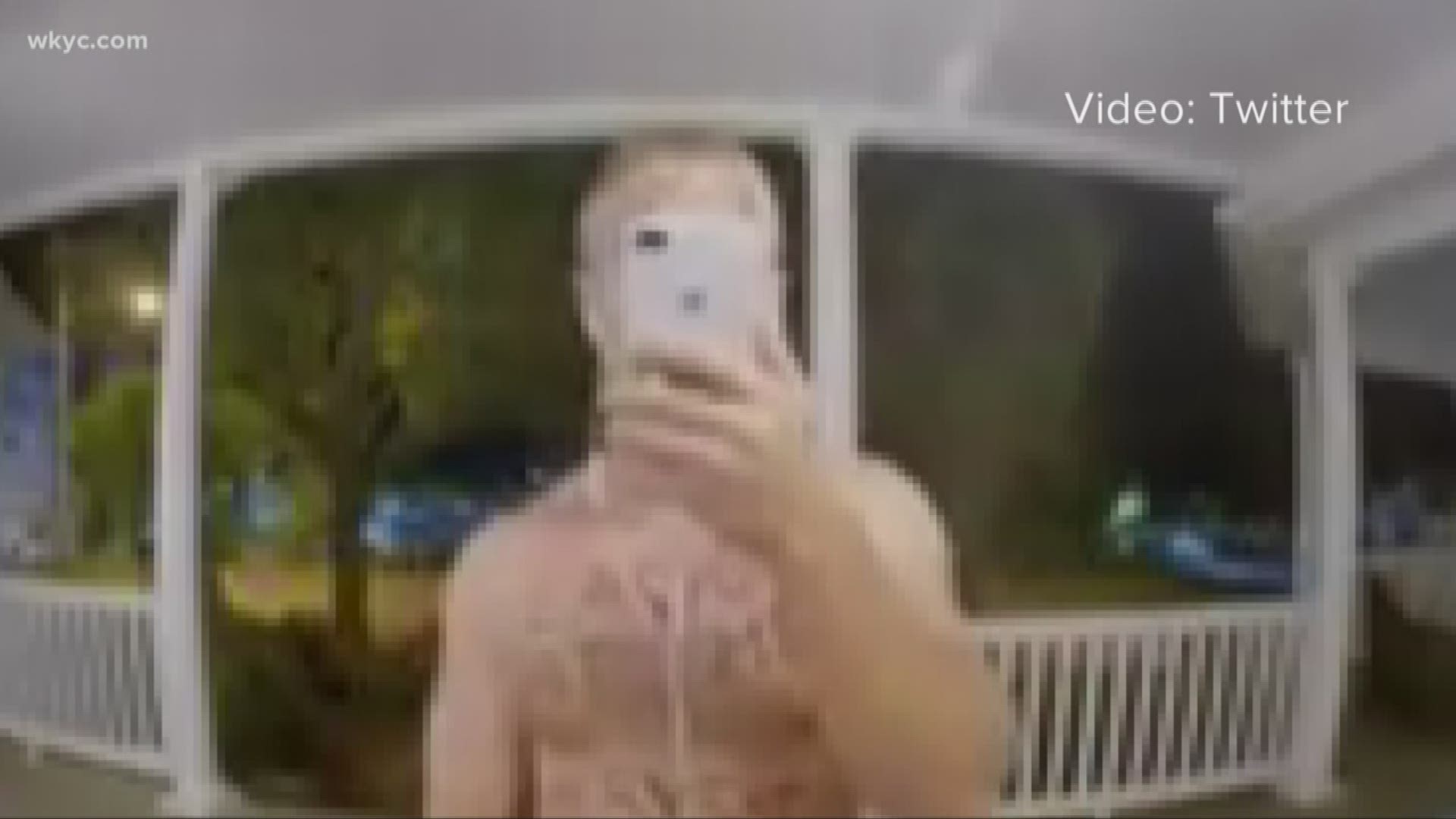 KENT, Ohio — A man wearing what appeared to be only underwear was caught on camera on the porch of an off-campus sorority house at Kent State University.

Campus news station TV2 obtained the video anonymously and posted it to twitter in hopes of helping police find the person in the video.

“This one just happened this morning at like 2 o’clock, he’s outside of their building looking in the windows and the doors and he had a phone in front of his face so you couldn’t see it,” explains TV2 Reporter, Maddy Haberberger.

The man has words written across his chest and Haberberger says she’s also learned he’s sent lewd pictures through social media to women in sororities.

“It’s scary not as a member of Greek life but as a person on campus,” she says.

“It’s scary to think that like this is happening here, like to us and to people that I could know, it’s frightening but I’m glad they’re trying to get it taken care of.”

WKYC reached out to the City of Kent Police Department.  Lt. Michael Lewis wrote in an email, “we are investigating this matter and safety is always our number one concern.”

“Kent State University is aware of a man approaching sorority homes in the city of Kent. Kent City Police are investigating this matter. The safety of our students and community members is our top priority, and we take these reports seriously. The university continues to engage with these sororities to provide support resources. Anyone with information should contact Kent City Police at 330-673-7732.”

Members of the Alpha Phi sorority are not speaking publicly about the incident.