Republican protesters marched down Pennsylvania Avenue, while motorcyclists from across the country met at the U.S. Capitol. 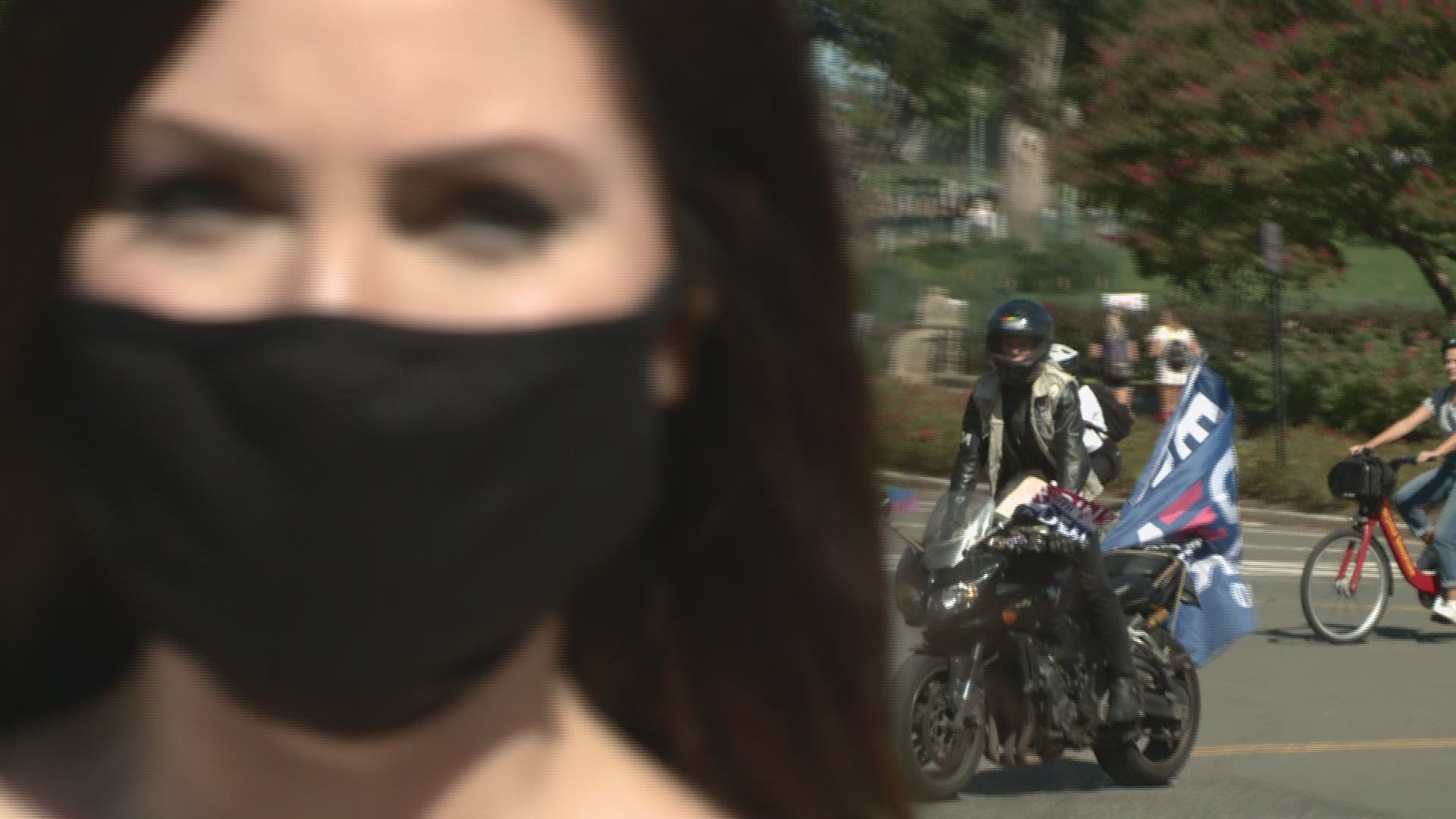 WASHINGTON — The streets of downtown D.C. echoed with chants Saturday as protesters from across the country set their sights on the nation’s capital.

In the morning, the #WalkAway campaign led a march to encourage people to leave the Democratic party, while in the afternoon motorcyclists from across the country gathered at the Capitol for a symbolic show of putting democracy into action.

Both groups had vastly different ways of supporting their message, but both groups wanted to make it clear that they love America.

“There’s so many lies and so much misinformation about who Trump supporters are, who the president is,” #WalkAway Founder Brandon Straka said. “We want people to see that we are every slice of America -- gay, straight, transgender black, white, brown marching together, loving one another, loving this country, loving our president. And we want people to see we are not who they say that we are.”

Straka said his campaign is a movement of people who are leaving the political left and joining the Republican party.

The #WalkAwayCampaign March is making its way down Pennsylvania Avenue.
The group has been chanting #walkaway from the Democratic Party as well as “four more years” and “back the blue”

The March almost has a #President Trump rally feel to it@wusa9 pic.twitter.com/9tYQTBv4nr

“It’s time for the silent majority to become unsilent, and basically what we mean when we say that is, because of the silence of those, not on the left, that the left has been allowed to become radicalized,” Straka said. “And so what we want is for common sense people, good-hearted, big hearted, kind, loving, compassionate people to start speaking up.”

A few hours later and a couple blocks down the street, Bikers for Liberty ended their cross-country journey of delivering founding documents to the U.S. Capitol. The group was created to amplify the message that many bikers see the current administration as a threat to our democratic institution and to democracy itself.

Liberty Riders have rode motorcycles across the country to push the message that democracy is not dead.
They ended the ride in front of the nations’s capital @wusa9 pic.twitter.com/zxQggvjQw7

“We're calling ourselves bikers for liberty and what we really kind of come together is sort of a counter to what motorcyclists have come to be seen as," participant Jennifer Baquiel said. "We are not aggressive, we are not intimidating, we're not here for violence or intimidation, we're here to just support people's views and support our country."

The group carried replicas of the Declaration of Independence, the Constitution, Bill of Rights and the Emancipation Proclamation from Washington state to Washington, D.C. with different motorcyclists carrying it for a portion of the journey before passing it to the next rider, much like the Pony Express.

“We're actually more pro-Constitution, Bill of rights, Emancipation Proclamation than anti-anything," biker Daryl Curry said. "We didn't come together cross country to be against anybody. We came here to say, as a group, we represent what we think are the positive things about this country, and we want people to understand that we're on board with pro-America, pro-democracy and pro-Constitution.”

The group also pushed the message that diversity is their strength and not a weakness, aiming to put democracy into action through that.

RELATED: Voter Guide 2020: Everything you need to know about the elections in DC, Maryland and Virginia