ODOT and the Ohio Traffic Safety Council say more people are driving since the pandemic began. That data translates to more crashes and impacts traffic deaths. 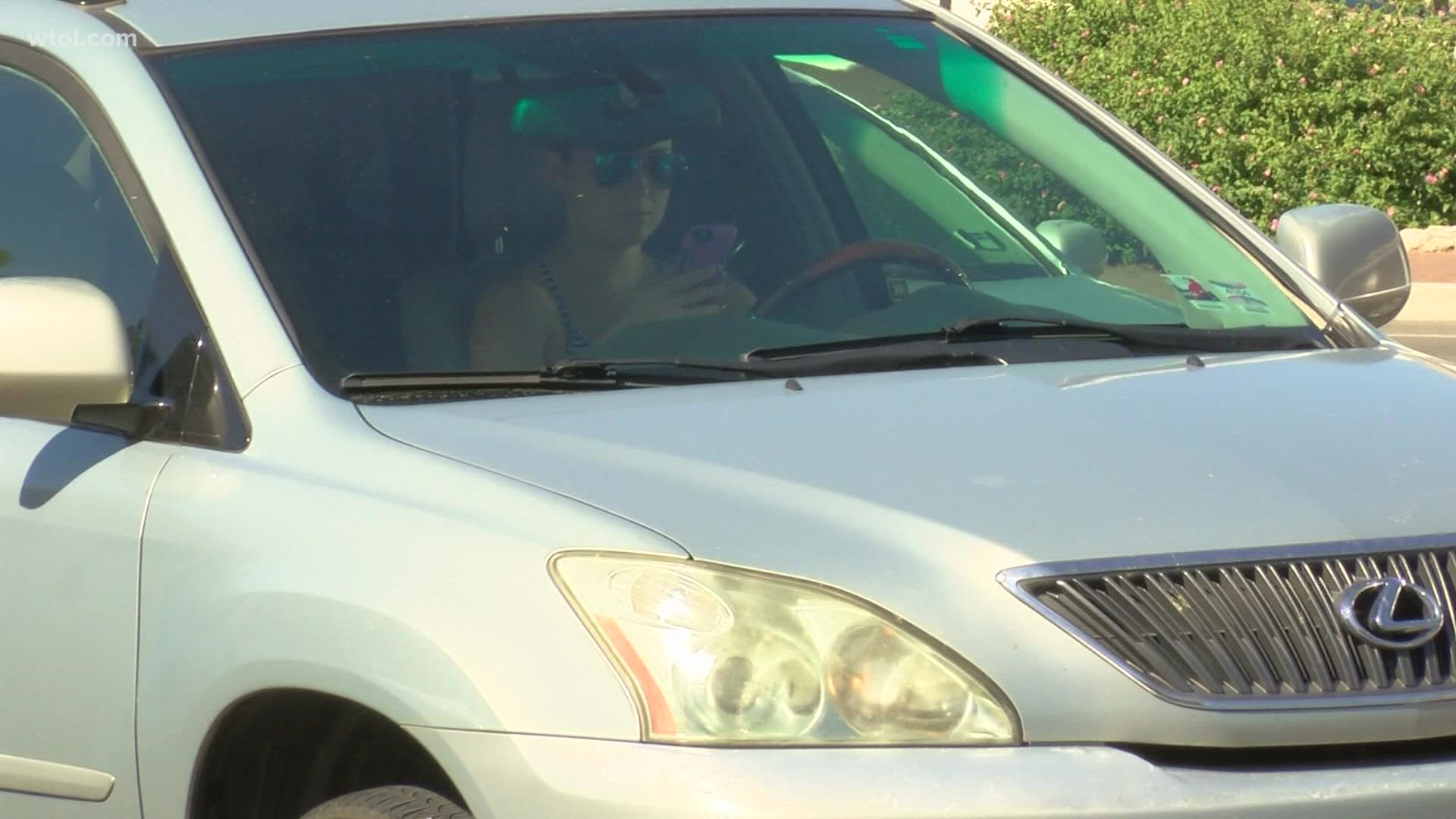 TOLEDO, Ohio — Speeding and texting while driving are two things making our roads more dangerous and it's becoming a major concern for state leaders, and they have the numbers to back it up.

It's a common occurrence, driving on the freeway and the person next to you is texting. But when it comes to following the rules of the road, numbers show we're not doing it, and that's having a direct impact on the number of traffic deaths in the state.

"There's a lot of people on their phones nowadays texting and Facebooking. I would say that's impaired driving," Toledo motorist Ron Spears said.

Since the pandemic, data in Ohio shows distracted and impaired driving is on the rise. This includes people looking at their phones, driving under the influence and speeding.

MacAdams says these numbers are starting to indicate that people have become accustomed to driving too fast.

But that's not all, and Toledo drivers are taking notice. They say people are looking at their phones, rushing to get places and much more.

"They don't use turning signals, they ride up on your hind-end," said Joe Westhoven, of Liberty Center. "I've been out doing work on the roads and semis pass me at 70 miles per hour and I'm only three feet away."

Although some people say Toledo drivers aren't bad, they all agree if you have to text or call someone, you should pull off to the side or into a parking lot because it could save your life and the people around you.

To help reverse this new trend, many efforts are taking place across the state. Those include hands-free driving legislation currently in the statehouse and developing a plan to have drivers education for people 18 and older.