Rowan County Deputy William "Billy" March died after a 10-day battle with COVID-19. He leaves behind a wife and 2-year-old daughter. 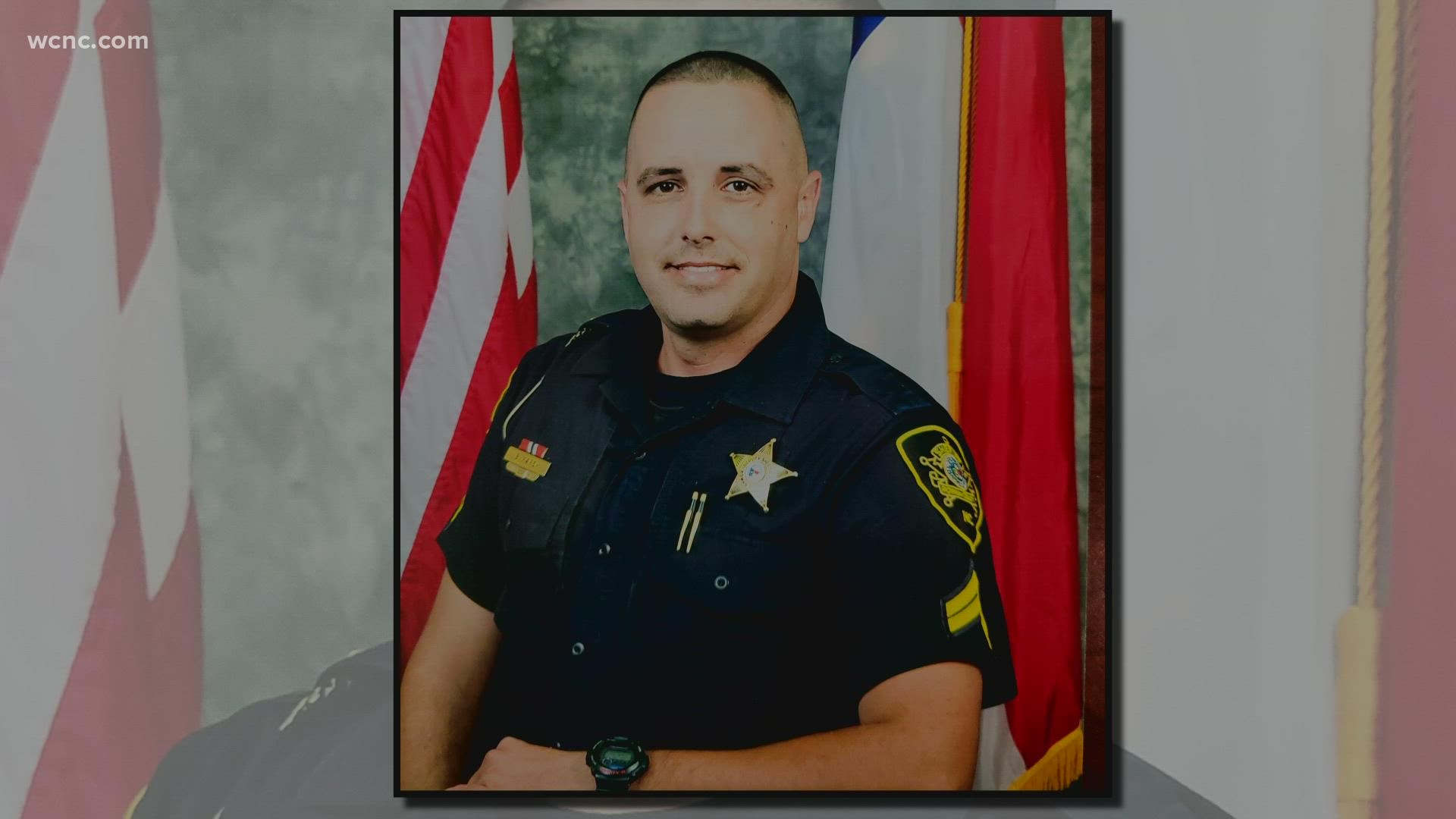 ROWAN COUNTY, N.C. — The Rowan County community is mourning the loss of a sheriff's deputy. Master Deputy William “Billy” Marsh died on Sunday after a battle with COVID-19.

Deputy Marsh’s patrol truck sits outside of the county courthouse and sheriff’s department covered in flowers, notes and his favorite snacks. Rowan County is a small, tight-knit community and Marsh and his family have made an impact.

His wife told WCNC Charlotte’s Chloe Leshner he was one in a million and there will never be another Billy Marsh.

He had a lot of love in his life.

“He was the most loving daddy and so proud of his family, so proud of his parents and his sisters," said Janis Smith, a close family friend who knew March his entire life.

Marsh just turned 40. He was hospitalized with COVID-19 on Sept. 30. He died 10 days later, leaving behind his wife and a 2-year-old daughter.

“He was very quiet but once he had his precious little daughter, I think he probably came out a lot more," Smith said.

Marsh's family said his little girl was the love of his life but he also loved his job in law enforcement. He was sworn in with the Rowan County Sheriff's Office in 2012. He also served with the Cleveland Police Department before going full-time with Rowan County in 2015.

In a statement, a representative for the sheriff's office said he was "respected, dependable and hardworking."

A representative for the Cleveland Police Department said Billy was an excellent officer and father. He worked as a school resource officer for them and will be missed.

“He should be remembered as a brave, strong and kind young man who cared a lot for other people. Who always put other people first,” Smith said.

They are still working on funeral arrangements.

The announcement marks the fifth COVID-19 related death in a month or so involving a first responder from the Charlotte area.

WCNC Charlotte is part of seven major media companies and other local institutions reporting on and engaging the community around the problems and solutions as they relate to the COVID-19 pandemic. It is a project of the Charlotte Journalism Collaborative, which is supported by the Local Media Project, an initiative launched by the Solutions Journalism Network with support from the Knight Foundation to strengthen and reinvigorate local media ecosystems. See all of our reporting at charlottejournalism.org.