Kate Platt owns Nana Kate's, a cafe in Selah. When she couldn't be home due to the level three evacuations, she started making meals for the Red Cross. 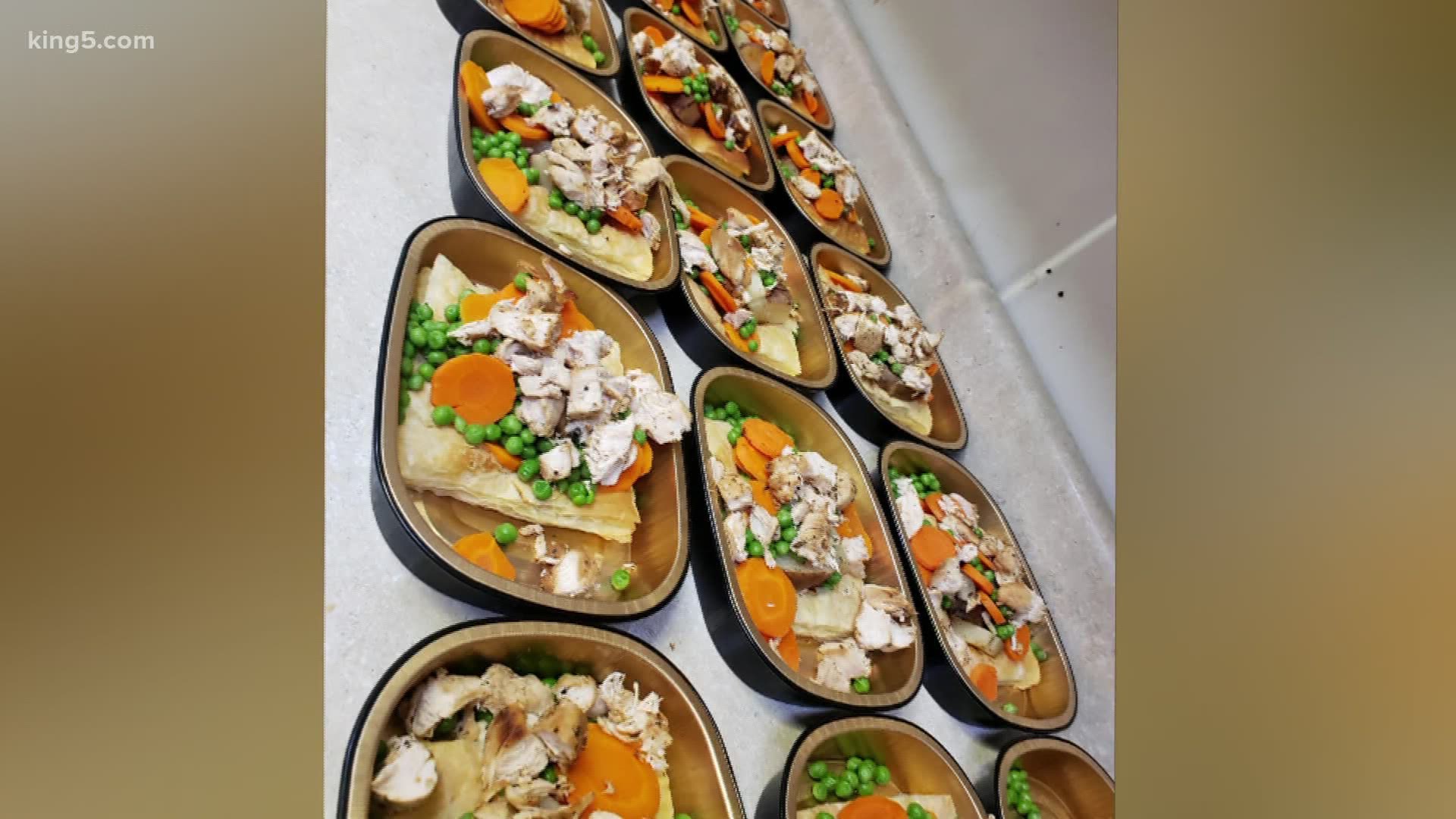 “This fire moved so quickly, so fast that that’s where the panic set it,” she said.

By Wednesday, Platt and her husband gathered their animals and fled.

“We became one of the level three evacuees,” she said.

The fire put Platt in a state of panic. So, she did what comes most naturally to her and went to the cafe and started cooking.

“I’m a nurturer, so that’s what I do,” Platt explained.

While she cooked away, the fire was less than a mile from her home.

“I don’t know if it was an act of brilliance or a hail Mary, but they ran two planes parallel and dropped a double line of fire retardant and that line held,” she said.

Her home was saved, but others were destroyed.

Platt got in touch with the Red Cross and worked out a plan to provide meals for those forced out of their homes.

“When the chips are down, when there’s an emergency, this town pulls together just like a family,” she said.

With donations and volunteers from all over Selah, she made chicken pot pie, soups and sandwiches to provide comfort in the form of comfort food.

“I can change my focus on my issues and what I have to deal with and realize I don’t have it so bad. If I can help someone else and take some of that burden and stress off of them, then I feel like I’ve done the right thing and I’ve accomplished something,” she said.