A Lucas County grand jury has indicted Shawnte Hardin on 37 charges related to providing funeral services without a license. 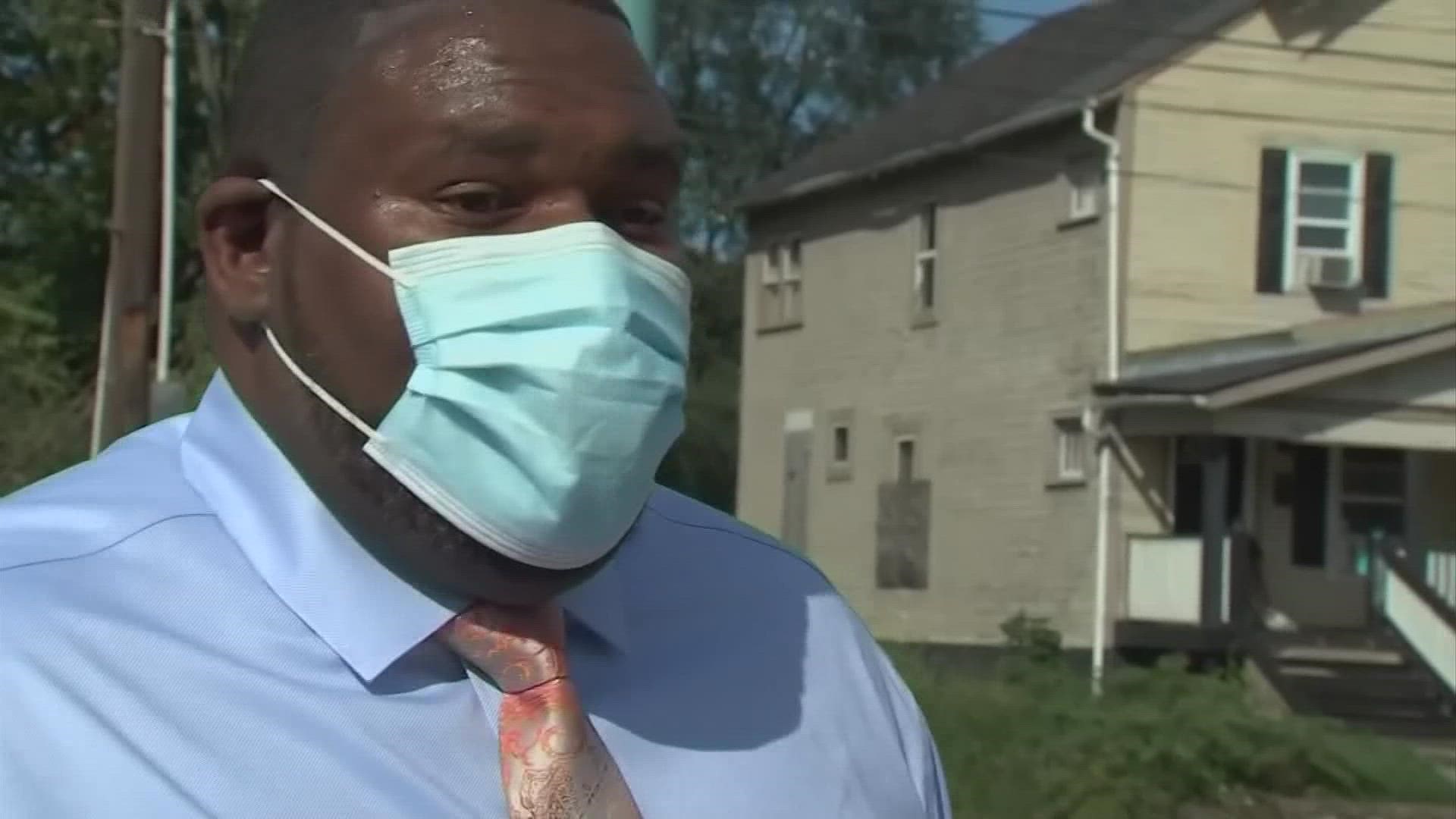 COLUMBUS, Ohio — A man who has been accused of operating an illegal funeral home has been indicted on 37 counts in Lucas County.

According to court records, 41-year-old Shawnte Hardin was charged with eight counts of abuse of a corpse, six counts of representing as a funeral director while unlicensed, five counts of failure to file taxes, five counts of passing bad checks, three counts of tampering with records, two counts of telecommunications fraud, two counts identity fraud and one count each of engaging in a pattern of corrupt activity, operating an unlicensed funeral home, failure to refrigerate a human body, possessing criminal tools, theft and unauthorized use of a vehicle.

Hardin has operated several businesses in Lucas, Cuyahoga, Summit and Franklin counties since at least 2019.

On Sept. 30, two bodies were taken from Hardin’s business in Columbus by the Ohio Bureau of Criminal Investigation. The Ohio Attorney General’s office said Hardin was using the location for makeshift funeral services.

Hardin admitted at the time that two embalmed bodies were taken from his business but has denied they were kept in unsafe conditions.

Hardin told 10TV his business was made to help families by offering lower-cost prices for transporting the body, washing the body and providing make-up.

In 2019, Hardin was indicted on a felony of passing bad checks in Summit County after a woman claimed Hardin never paid for the plot she paid for or the headstone. Hardin said today, the case has been resolved the family was made whole.

In 2018, Toledo police investigated Hardin after reports surfaced of a body improperly stored in a building behind a church on Airport Highway. Hardin was listed as a suspect on the police report, but no charges were filed.