Her sibling faces 15 charges, including murder. 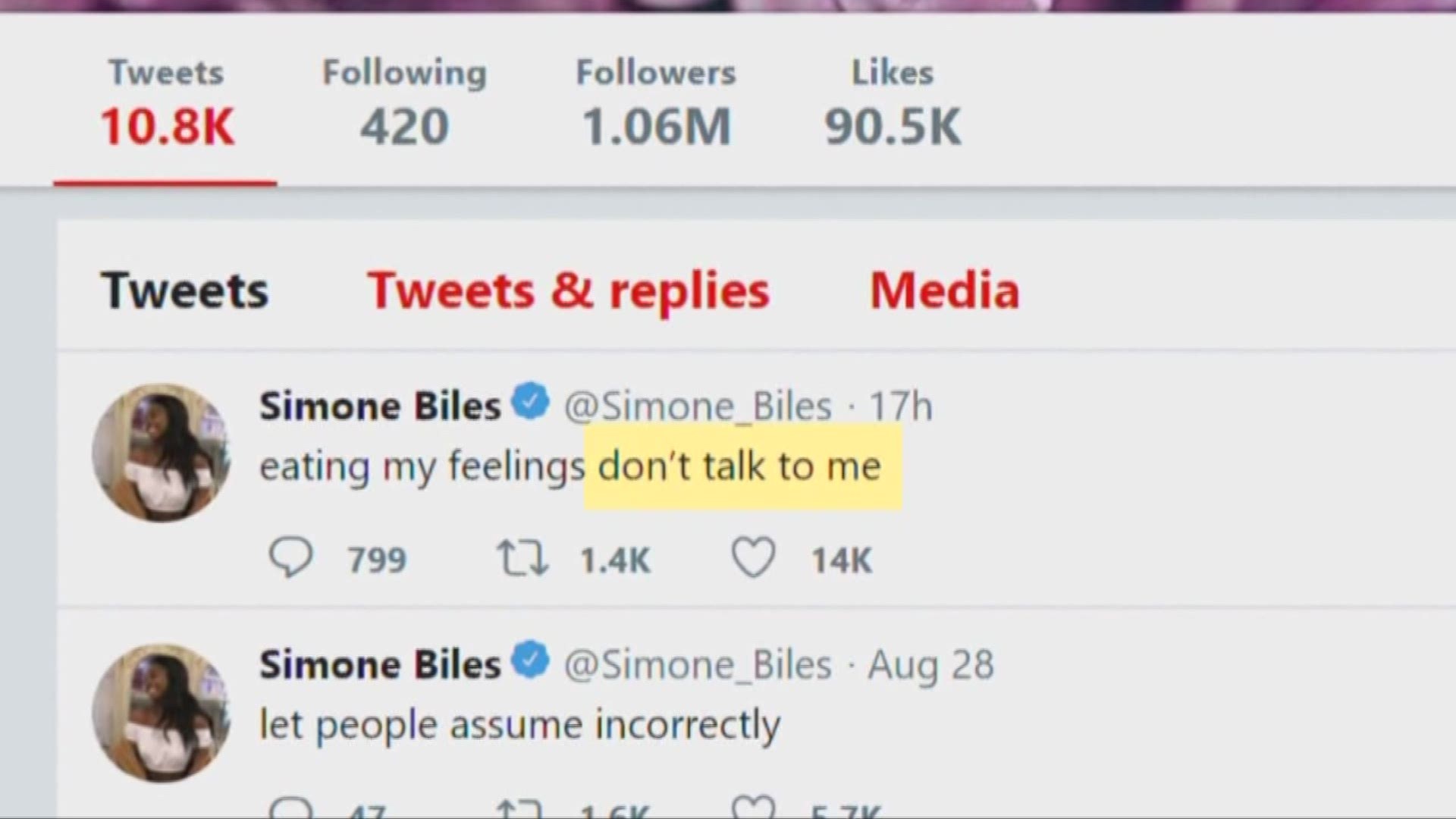 CLEVELAND — There is new information on the man charged in a triple homicide on New Year’s Eve in Cleveland.

He is the brother of Olympic gold medalist Simone Biles. On Thursday a message to her Twitter account read in part, “Don’t talk to me.”

It was the same day deputies arrested 24-year-old Tevin Biles-Thomas in Georgia, where he was on active duty in the Army. Biles-Thomas now faces six counts of murder, three counts of voluntary manslaughter, five counts of felonious assault and one count of perjury.

The charges stem from a New Year’s Eve incident at an Airbnb on Denison Avenue in Cleveland, where police say “an uninvited group” entered a party. Three men between the ages of 19 and 23 were fatally shot.

RELATED: 3 dead, 2 injured in shooting on Cleveland's west side

Though Simone Biles and her brother grew up in separate states, it appeared on social media they were fond of each other. The gold medalist once tweeted that people thought they could be twins.

Earlier this month, she once again made history, winning her sixth all-around U.S. title. She remains the only woman to complete a “clean triple double” in the floor exercise—a move named after her.

Biles has spoken about the abuse she suffered at the hands of USA Gymnastics doctor, Larry Nassar, and once opened up about her mother’s drug abuse and jail time. She has also appeared as a guest on “Dancing with the Stars."

The arraignment for Tevin Biles-Thomas has been set for Sept. 13 in Cleveland. It is unclear when he may be extradited to Ohio.