Sports bars struggle with new order despite the return of sports

“It was a big shock, we finally get sports back and now we can’t watch half of them.” 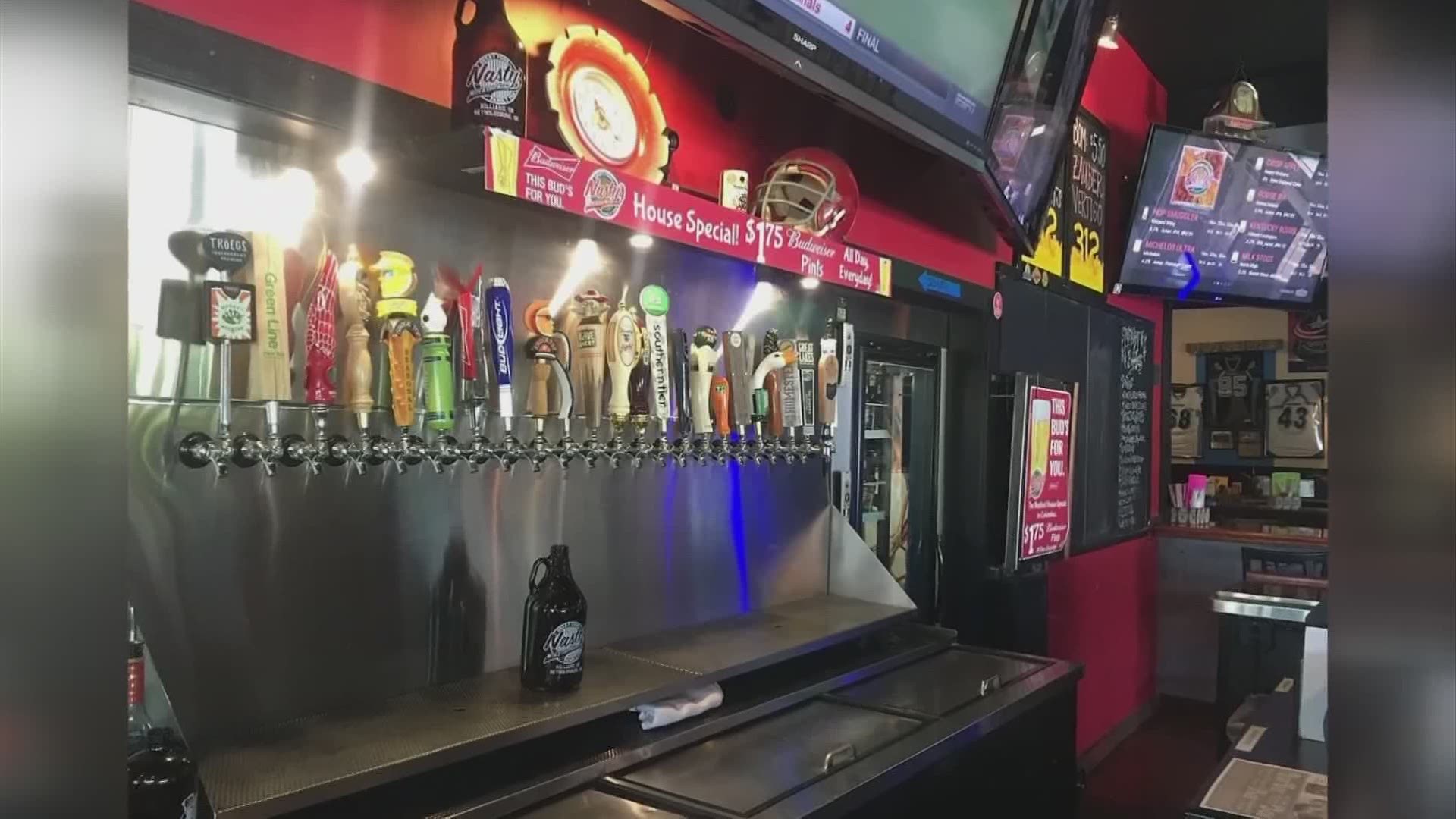 COLUMBUS, Ohio — Nasty’s Sports Bar and Restaurant in Hilliard has been open for nine years. Frank Profeta is part owner of the bar and restaurant.

They’re running into the same concerns as many other bar and restaurant owners are, having to stop alcohol sales after 10 p.m. under Governor Mike DeWine’s order. The order was put into effect on Friday.

He said it’s especially concerning for game days, whether professionally or locally.

“It was a big shock, we finally get sports back and now we can’t watch half of them,” Profeta said.

The emergency rule is in effect for 120 days or until further notice by the Liquor Control Commission, a state agency.

“It did more than just shut us down at 10 o’clock, in my opinion, really it just got people to the point of almost afraid to go back outside again that was the message we really kind of felt that our guests were telling us,” Profeta said.

A lot of their guests are families who come after their kids’ games or practices.

The Ohio High School Athletic Association released a statement saying all fall sports can begin practice, while golf, tennis and volleyball have been approved by the Governor to have contests between schools.

Profeta said he is a sports dad and is glad they can continue. His daughter will begin her first year in cheerleading in Marysville.

“I’m a huge sports advocate, I played my whole life and you know I think there’s certain things that sports do, they build comraderie, they have life long friends, I think it’s a major part of a child’s life, growing up developmental, you know you’ll learn leadership skills, a bunch of different things,” Profeta said.

He hopes customers continue their traditions, whether that’s coming in to hang out after their kids game or practice, or that’s watching a professional sport while ordering food or drinks before 10 p.m.

He said they are doing everything they can as far as new safety protocols to make sure everyone is safe.