ST. LOUIS — On Saturday, everything seemed to be pretty peaceful at CityView Apartments near 16th and Pine near Downtown St. Louis.

But at around 10:30 Friday night it was a much different story, said neighbor Veii Kauaria.

"There was some small commotion here. We're not really aware of what happened," said Kauaria.

Police said a 4-year-old-girl accidentally shot herself in her leg. She was listed as conscious and breathing when she was taken to the hospital Friday night.

She suffered a graze wound to her thigh.

Police said the shooting happened inside an apartment.

"That's so terrible. I'm so glad it didn't end up worse," said Kauaria.

Kauaria said he saw police escort a man, possibly in his early 20s, out of the building in handcuffs and into a police cruiser.

Kauaria said the man lives at the apartment building.

On Saturday, a 5 On Your Side crew saw police officers back at the apartment building.

"You can't just lay stuff around like that," said Baker. "Guns need to be in a lock box, locked up."

"When it comes to guns, all I can say is safety first," Kauaria said.

St. Louis police have not given an update on the child's condition.

The report was listed as an accidental shooting with an injury. The police department's Child Abuse Unit responded to the scene Friday night and is handling the investigation.

Police haven't said if anyone will face any charges. 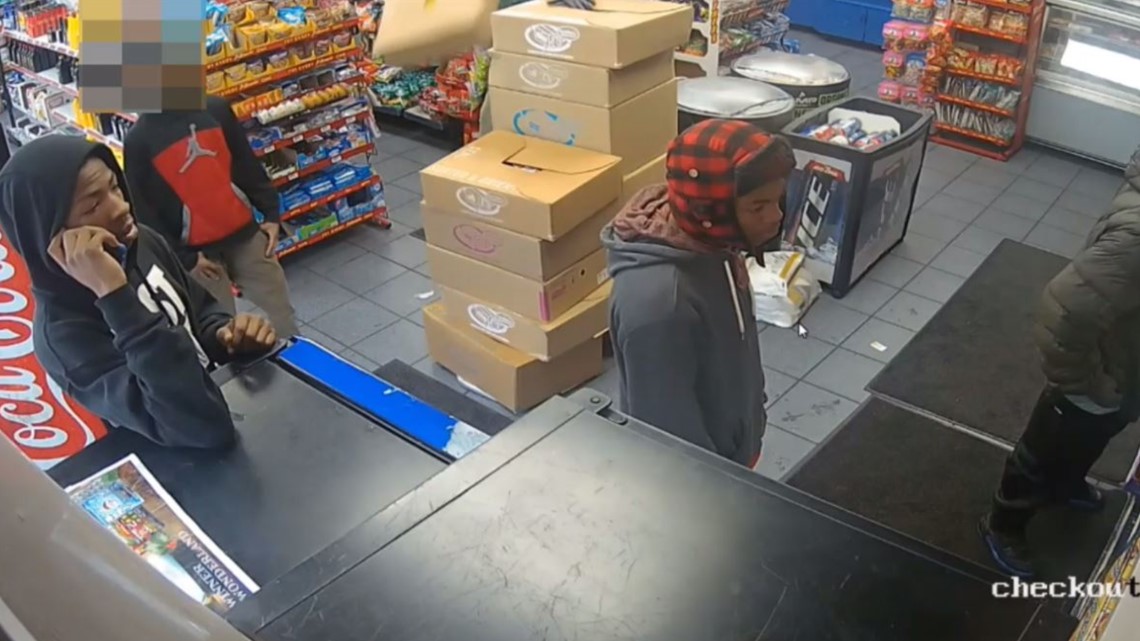 Police seek suspects after woman shot during attempted carjacking in north St. Louis
ST. LOUIS - Police released surveillance video in hopes of identifying the suspects accused of trying to rob a woman and then shooting her as she drove away Friday night. The St. Louis Metropolitan Police Department said the shooting happened at about 1:22 a.m. at the intersection of Goodfellow Boulevard and Natural Bridge Avenue.

RELATED: 'I was so scared' | School bus full of students caught in crossfire of north St. Louis shooting