Stand Up For Ohio made the announcement today in a press release. 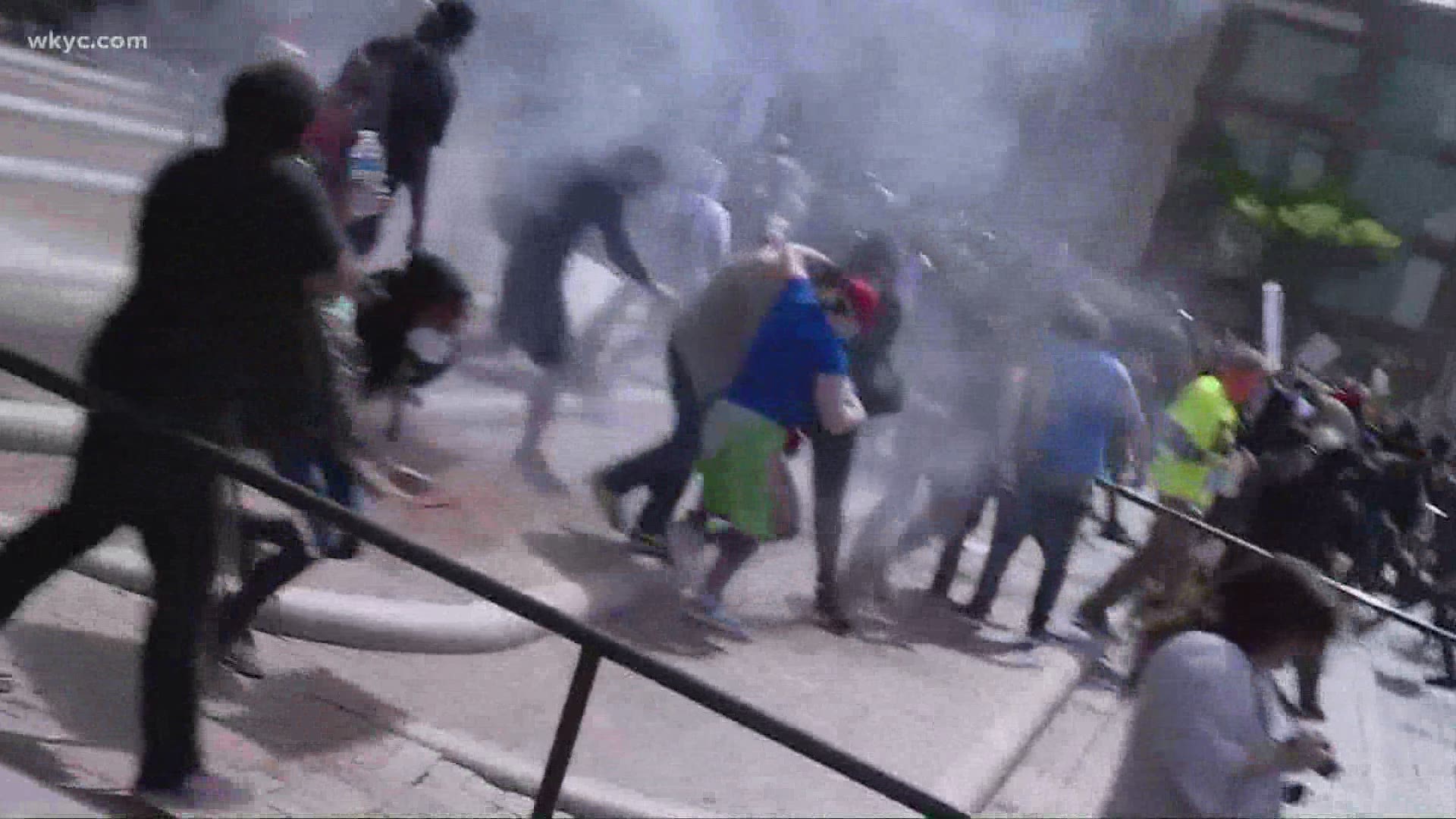 CLEVELAND — Editor's note: The video in the player above is from a story published in December of 2020.

On Tuesday, Stand Up For Ohio, along with Black Lives Matter Cleveland, NAACP Cleveland, Showing Up For Racial Justice-NEO, and the ACLU of Ohio, launched a new campaign looking to require "fair and independent" investigations into police misconduct in Cleveland.

“In Cleveland, there have been over 91 families who have been impacted by state-sanctioned police violence, and not one of those officers have been charged. That means over 91 times, a police officer has been allowed to get away with police misconduct and oftentimes murder. We must implement a permanent structure of police accountability and oversight,” said LaTonya Goldsby, co-founder of Black Lives Matter Cleveland.

The groups say that the new measure would provide justice to Black and brown citizens who, too often, do not see consequences for the actions of police officers in Northeast Ohio.

“Whether you’re a police officer, a family member, or a member of the public, we all deserve to be safe. Together, I stand here as a Black Shield member with the families of Citizens for a Safer Cleveland asking for this legislation to finally hold officers accountable. All we’re demanding is common-sense accountability,” said Richard Jackson, a retired Cleveland police officer and a Black Shield member.

Operating under the name Citizens for a Safer Cleveland, the group is hoping to put the initiative on the ballot as soon as November.

“Our hope and our aspiration with this initiative is that by asserting greater civilian control over our division of police, as should rightly be the case, we will have the values of the community expressed in the accountability system. Because right now, those values aren’t being expressed,” noted Subodh Chandra, Cleveland civil rights attorney, most well known for his work with the family of Tamir Rice.

The group says that the independent investigations would be carried out by "a diverse board of community representatives" who have the final say on discipline for officers.

“This measure increases transparency, accountability, fairness, and public safety as we define it. It’s not just about good policies but ensuring good practice and accountability. It’s about having a seat at the table and safeguarding civilian oversight. The ACLU of Ohio is proud to endorse this charter amendment and stands with Citizens for a Safer Cleveland,” added Jocelyn Rosnick, policy director at the ACLU Of Ohio.

“The systems that we have in place are not working and that is evident because we continue to have issues. It is for that reason that the NAACP boldly supports the charter amendment and recognizes for us, as a community, to truly have safety, we must have a permanent voice in the oversight of our police. Our community deserves to have a fair independent body that investigates claims of police misconduct and of any case of lethal force,” said Danielle Sydnor, president of Cleveland NAACP.