City council is expected to vote on the agreement on Monday, Sept. 10. 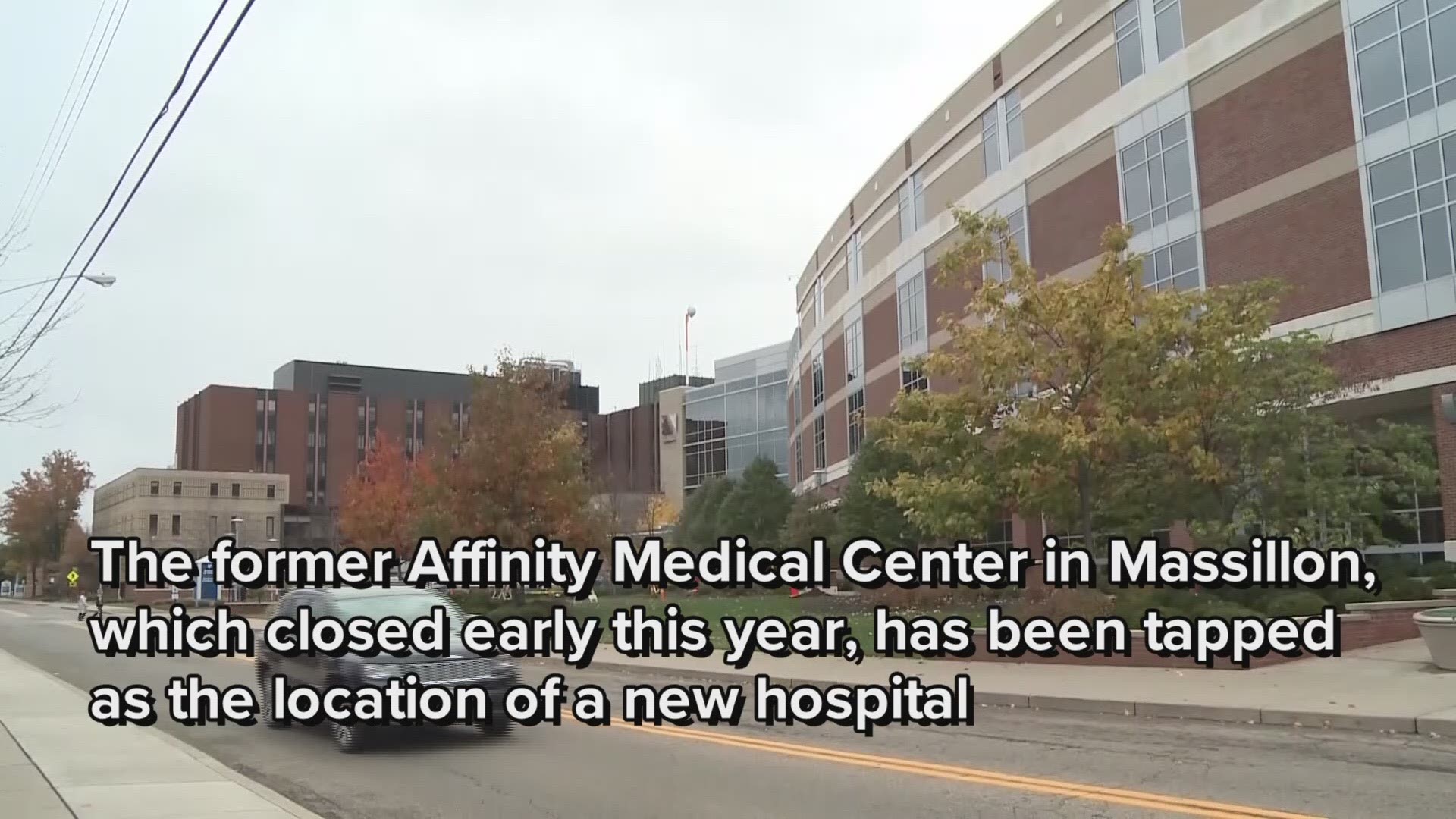 MASSILLON — The former Affinity Medical Center in Massillon, which closed early this year, has been tapped as the location of a new hospital.

The city has received a letter of intent from Paramount Matrix Healthcare to operate a full-service hospital, including an emergency room. The new center will be named Massillon Regional Medical Center. The company would enter into a 5-year lease with the city with the option of purchasing the property for $20 million.

The company is expected to begin operating its first phase of the hospital within 45-60 days of the deal’s approval.

The company has agreed to first speak to former Affinity physicians and staff members interested in returning to the hospital after its closure on Feb. 12.

Jeff Hubrik Jr., one of the managing partners for Paramount Matrix Healthcare, a relatively new and young company, said the hospital would be the first under their management. The company expected the hospital to become the flagship of their company.

But with any new venture comes uncertainty, which is why the city said they have put in place a 5-year leasing plan with an option for the company to buy the property for $20 million.

"If it did not work out for any reason, we have agreed to turn over everything back to the city.," said Hubrik Jr. "We’re trying to take as much risk as we possibly can to insulate the city."

Early this year, Affinity Medical Center announced it would close its doors in February. Protests were held outside after learning that the 156-bed hospital would close, forcing some residents to go to outside the city for medical care. City council member Linda Litman, who represents the far west side of the city in Ward 6, said residents cited an increase in travel times to nearby hospitals since Affinity’s closure. Residents were forced to travel to Aultman and Mercy medical centers for treatment.

"We didn’t want to have a situation where we have someone open it and then shut it," said David Maley, Massillon's economic development director.

Maley said said the 156-bed hospital may have been to big based on daily needs within the city.

The company has also agreed to reach out to former Affinity physicians and staff members interested in returning to the hospital.

"We’re really looking forward to meeting those people and giving them first dibs to come back," said Hubrik Jr.

National Nurse United issued the following statement, Wednesday, after hearing about the potential for the hospital to reopen.

NNOC/NNU emphasizes that full services must be restored to the public by Paramount as quickly as possible, especially given the ongoing opioid crisis in Stark County—where 1,748 emergency department and urgent care visits for opioid overdoses, with 163 unintentional opioid deaths, were reported in 2016 and the first half of 2017. Paramount should also be held accountable for hiring back experienced Affinity staff, say nurses, who know best how to care for the Massillon community.

NNOC/NNU congratulates Affinity RNs for their steadfast advocacy, along with a broad community coalition, on campaigning against the unconscionable decision by former owner Qourum Health Care, a spin off of the notorious Community Health Systems (CHS), to close the hospital, leaving patients at risk.

CHS has a long, disgraceful history of ignoring the interests and well being of the patients who count on them for care, as well as a history of violating federal law and nurses’ democratic rights. RNs stood strong, in the face of this corporate disregard for public health and safety, and their activism helped secure a temporary restraining order forcing Quorum to delay their original closure date—and then ultimately to sell the property to the city, for $1, paving the way for its current potential to reopen.

Nurses are proud to have stood resolute, with the Massillon community, on the attack on healthcare in Stark County and will continue to be vocal healthcare advocates, insisting on full rights for the RNs and other hospital staff at Massillon Regional Medical Center."

Kristy Marie, a former nurse at Affinity Medical Center, tells WKYC she was devastated when the hospital closed earlier this year. She said she's excited about the plans to bring a hospital back to the city, but noted the bittersweet timing as she has already accepted a full-time job since the closure. Marie said she has heard from several former employees who intend to apply for positions under the new company.

City council is expected to vote on the agreement on Monday, Sept. 10.