Ohio Governor Mike DeWine said on Tuesday that it is "highly unlikely" the 2020 Pro Hall of Fame Game in Canton will be played with fans in attendance. 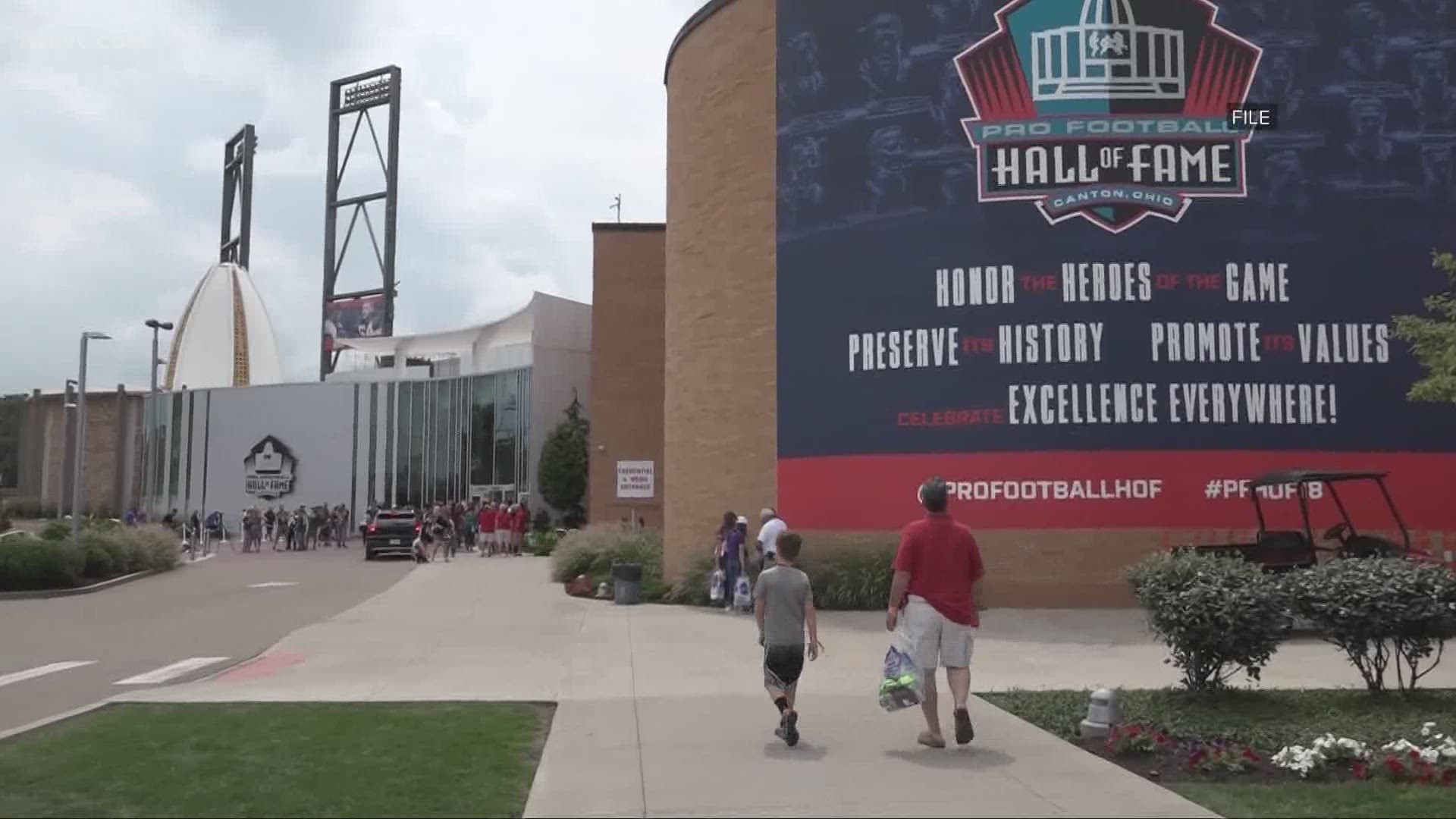 CANTON, Ohio — Last week, the Pro Football Hall of Fame said that it was optimistic it would be able to host fans for the Hall of Fame Game between the Pittsburgh Steelers and Dallas Cowboys on August 6.

"One of the things we're hoping for and that we're willing to do is to almost be the test case for the NFL,"  VP of communications for the Hall Rich Desrosiers, told CBSSports.com. "Give us the green light and we'll show folks how it can be done safely for fans, safely for participants and safely for the employees here. We feel very positive about the prospects of this happening in early August."

Asked on Tuesday about what would likely mark the largest mass gathering in Ohio since the start of the coronavirus (COVID-19) pandemic, Governor Mike DeWine painted a less promising portrait.

"As much as I hate to say this, because we've all been looking forward to that and I know how much it means to the Canton area and the Stark County area and really across the country, it's a great great event that we've been looking forward to, [but ] having a crowd that size is highly unlikely," DeWine said. "Certainly, it could not occur today. It would be very dangerous to do it today.

"Again, we have to see where we are at that point, but that's a large crowd, a lot of people together. These are the things that we've talked about all the way through this as we open Ohio up and we get back to work and we get back to doing the things that we like, probably the last things that are going to be able to be open are the big crowds, particularly when you have big crowds that are close together. So we have to continue to look at it and make decisions as we move forward, but if the question was, 'could that even occur today?' the answer would be, 'no.'

While plenty could change between now and August -- or later this year -- DeWine has been consistent in stating that such mass gatherings would likely be the last to return as Ohio continues to reopen amid the coronavirus. As opposed to professional golf tournaments like The Memorial, which will be allowed to host fans, sitting in the type of large crowds required at football games could amplify the spread of the coronavirus.

While the Hall of Fame Game is scheduled for early August, DeWine's comments could also have implications for whether or not the Ohio State football team, Cleveland Browns or Cincinnati Bengals will be permitted to host fans when their seasons start in September. One possibility that has been discussed throughout sports has been allowing fans into games at a limited capacity in order to better accommodate social distancing.

On Tuesday, Ohio Lt. Governor Jon Husted implied such an alternative could become a reality for the Hall of Fame Game.

"We're in regular conversation with the Pro Football Hall of Fame on hearing alternative plans and engaging that dialogue," Husted said. "So I just want to make sure that you know we're having ongoing conversations with them about what success could look like."

The Hall of Fame released the following statement on the matter:

"From the moment the Pro Football Hall of Fame closed its door in mid-March along with other businesses adhering to state guidelines for combatting the COVID-19 pandemic, it has always been the Hall’s position that its summer slate of events would be held only in a manner safe for all participants, spectators, our Hall of Famers, staff and the thousands of volunteers who make Enshrinement Week Powered by Johnson Controls possible.

"Governor Mike DeWine said in response to a question about the Hall of Fame Game being played in a full stadium that 'it could not occur today; it would be very dangerous to do it today.'

"The governor did not speak specifically to holding the game or related events with reduced crowds or at venues set up to maximize safe physical distancing – contingencies the Hall has been working on since mid-March.

"We’re still 51 days from the scheduled Hall of Fame Game – or the same number of days since April 26. Our state has moved strongly in a positive direction related to COVID-19 over the past 51 days, having flattened the curve for infection rates while increasing the availability of testing, so we all should be encouraged by that progress.

"The Hall and the Canton Regional Chamber of Commerce have stayed in contact with the National Football League, the governor’s office and numerous health officials to make informed decisions regarding Enshrinement Week Powered by Johnson Controls. We will continue to do so, always keeping the health and welfare of everyone involved in our events the top priority."

RELATED: Regal to begin reopening movie theaters July 10: Here are the changes you need to know 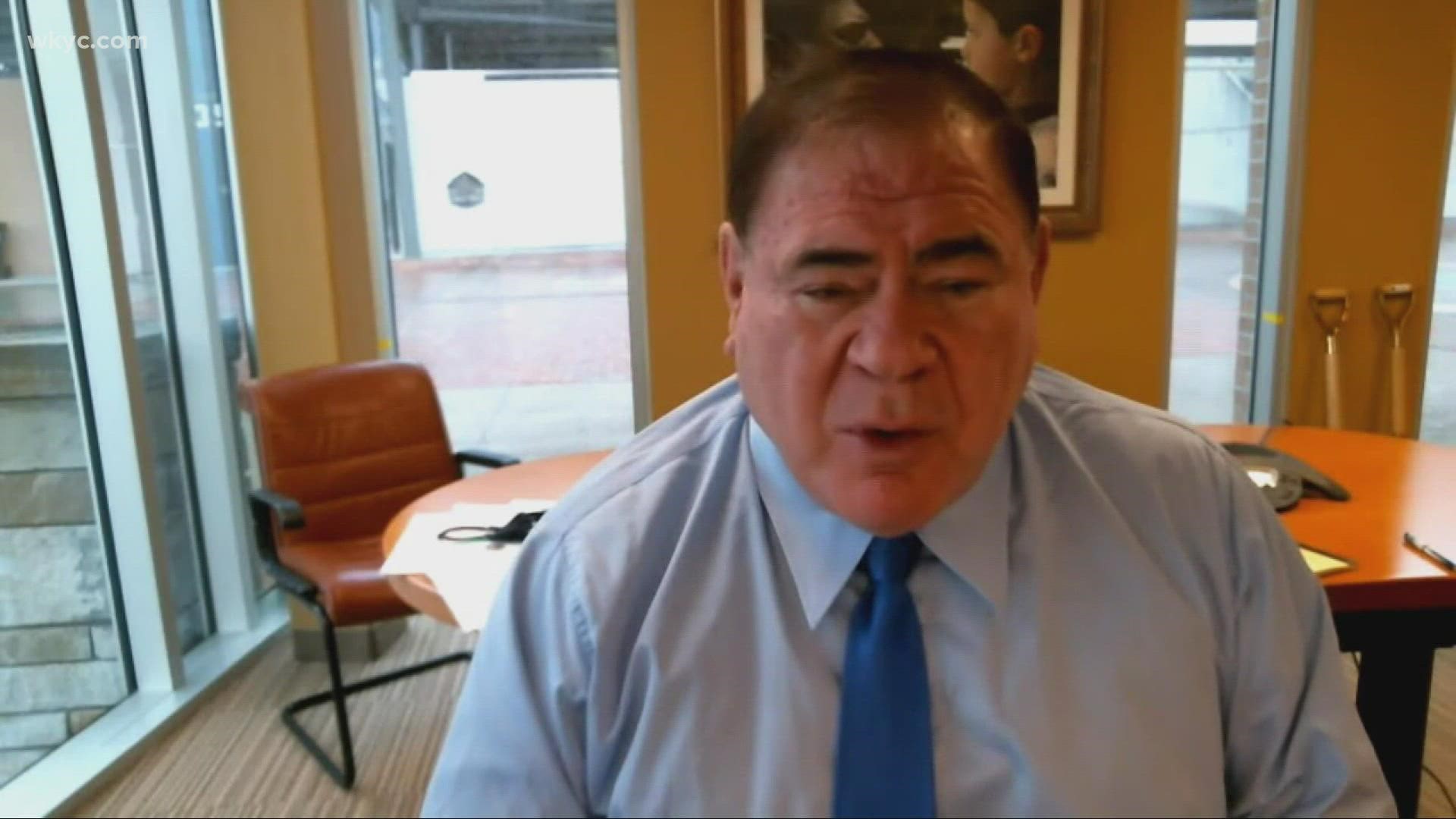