The school is secure. 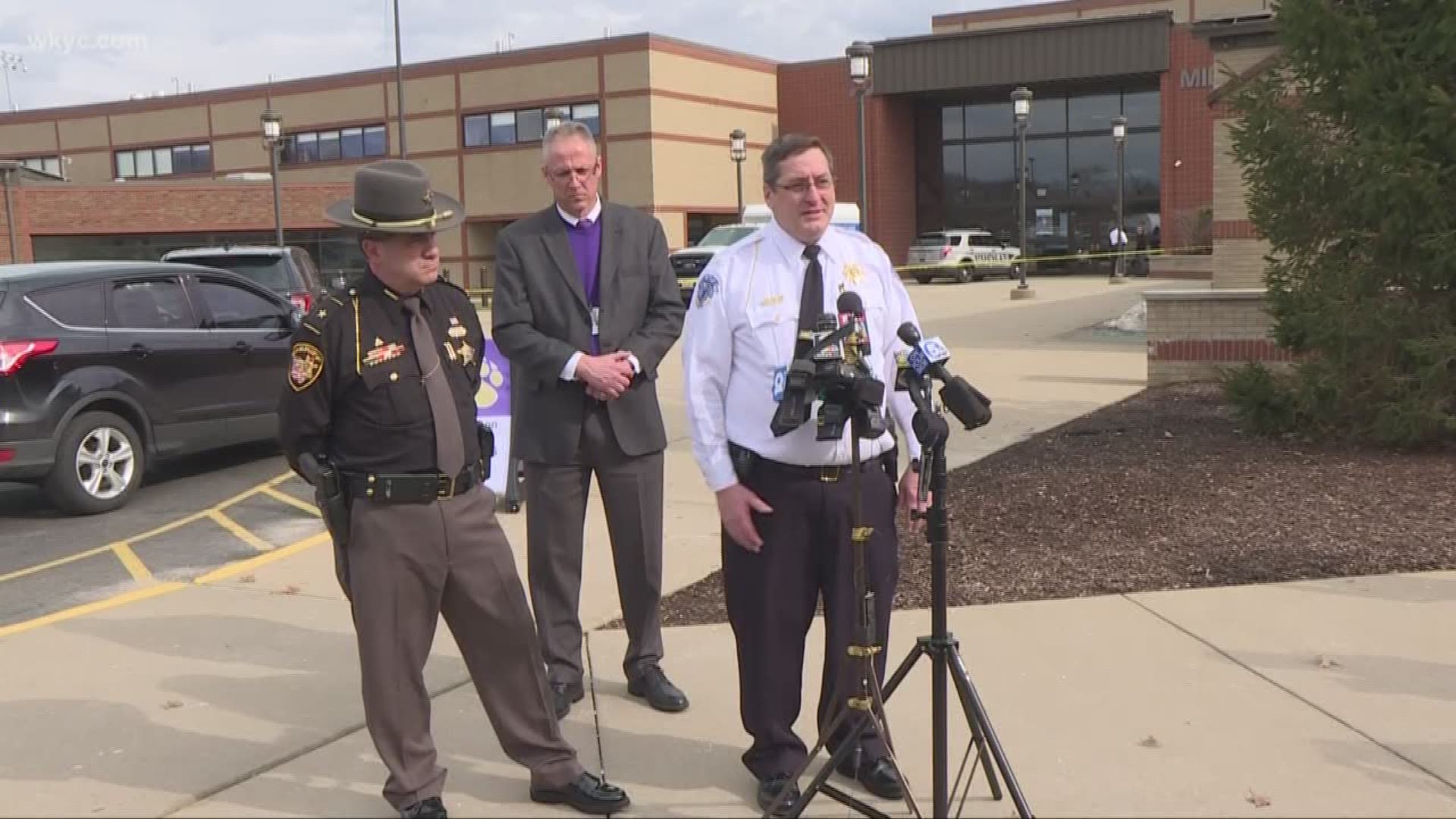 JACKSON TOWNSHIP, Ohio -- A seventh grade student was hospitalized Tuesday morning after he shot himself inside Jackson Memorial Middle School.

The middle school and high school were placed on lockdown and bomb squad dogs swept the building. All four elementary schools in the district were closed and all extracurricular activities were canceled for the day. 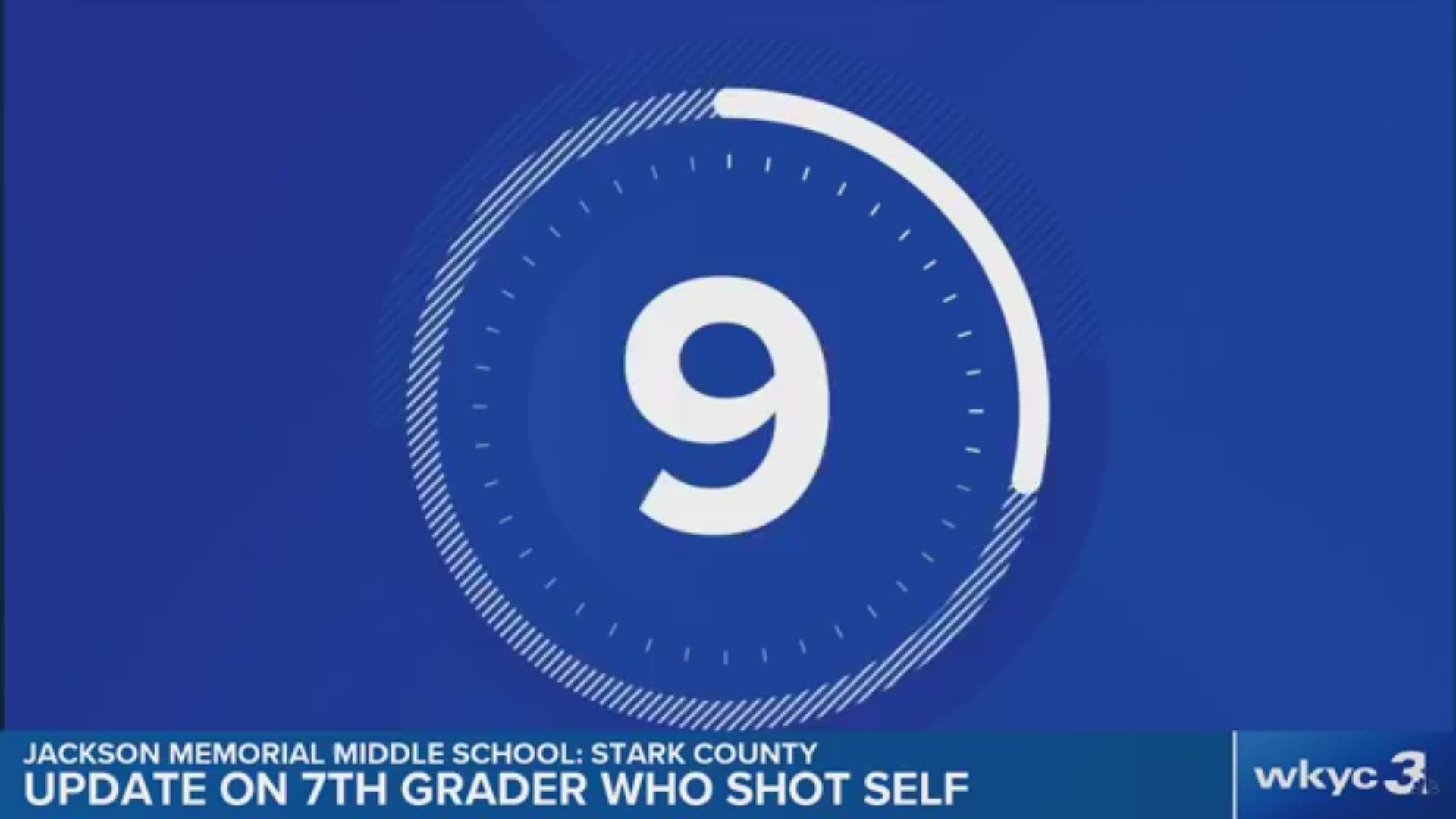 Jackson Township Police Chief Mark Brink said the student had "distractionary type devices." He would not elaborate further on the devices, but clarified that the student did not have a bomb.

The incident happened around 7:51 a.m. on the school grounds at 7355 Mudbrook St. NW. Brink said the student arrived by bus and shot himself in a bathroom. It is unclear if the shooting was intentional. Police have not determined how the student retrieved the .22 caliber gun.

Brink said the student's intentions have not been determined.

Two students told WKYC they hid in closets for two to three hours and were not told what was happening.

The FBI and Ohio's Bureau of Criminal Investigation has also responded to the scene.

Emotional moments as the first students were reunited with their parents at Jackson Memorial Middle School. @wkyc pic.twitter.com/Gbo7kQALgO

Parents still waiting to be reunited with their kids at Jackson Middle. 7th grader shot himself in a bathroom. School has been on lockdown since about 8am @wkyc. pic.twitter.com/QLT04JPkKZ

Parents waited for hours outside the school to retrieve their children.

"UPDATE: JMMS students will be released beginning around 1045AM," the school posted on Facebook. "6th grade will be released first from the Purple gym in alphabetical order. Parents should bring a photo ID for pickup. No buses."

School officials and police said the lengthy process for parents to pick up their children was to ensure each child was released to the proper guardian.

Police did not provide any information on the student's condition.

Cars are wrapped around residential areas surrounding Jackson Memorial Middle School. Parents are waiting to pick up their kids after a 7th grader shot himself in the school’s restroom. @wkyc pic.twitter.com/EAzP1MiUIV

7th grader shot his/herself at Jackson Middle in Stark County. Parents like Denise are anxiously waiting to pick up their kids @wkyc. Her children are in the same grade pic.twitter.com/GZZzKiBxD8

PHOTOS | Scene outside Jackson Middle School where student shot self