While the world remembers Muhammad Ali, Kelly Baldwin, of Strongsville, shares her memories about the boxing legend. 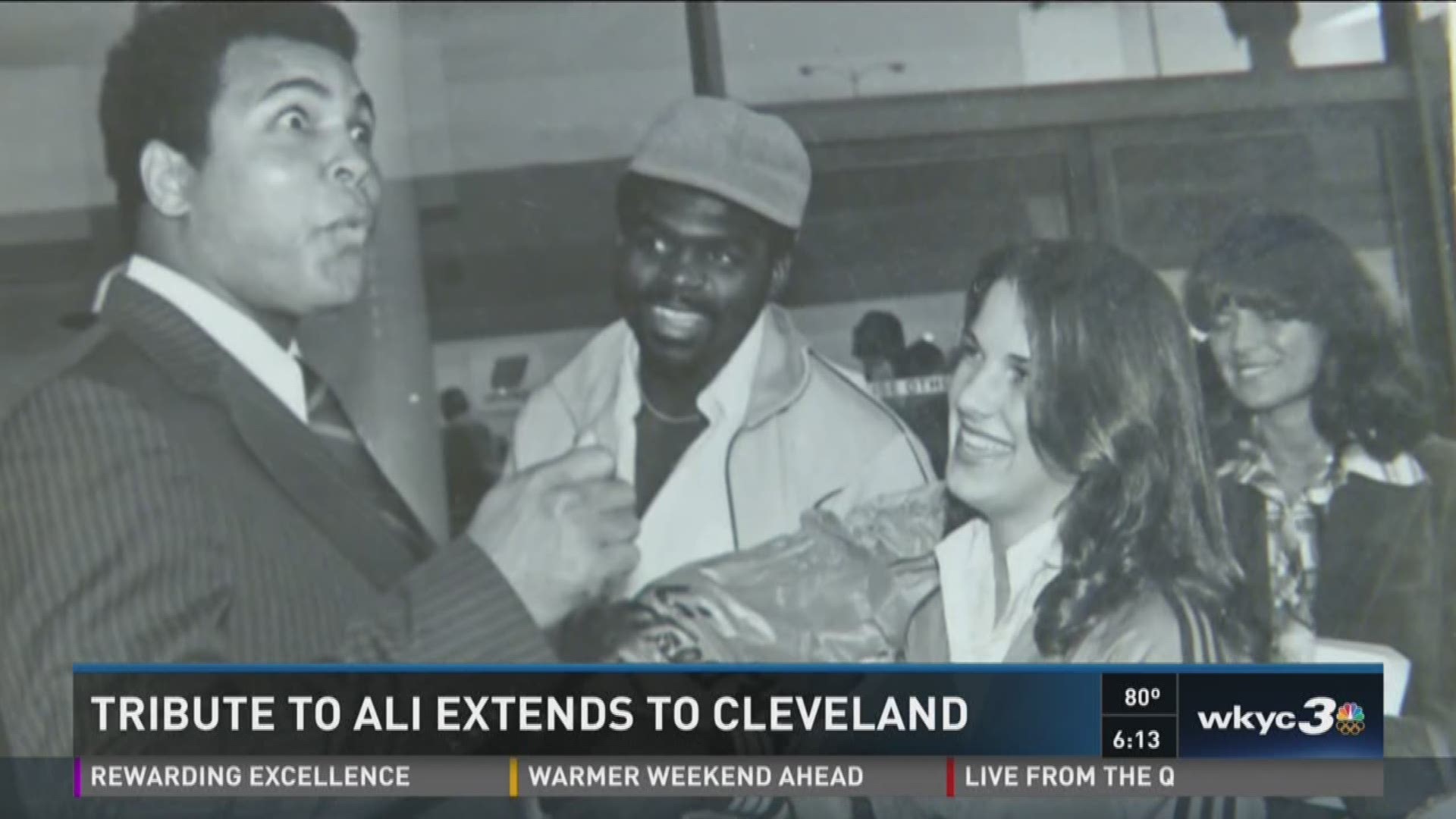 While the world remembers Muhammad Ali, Kelly Baldwin, of Strongsville, shares her memories about the boxing legend.

"Like every other teenage girl who thought she was cute at that time, I wanted to be a model or actress," said Baldwin. "He asked if he could photograph me, and they were hiring all these angels who were models that were flown into the events to add glamour to the boxing events at the time. One of the things we did was carry cards around the ring."

When Baldwin was just 14-years-old, she and her family met Ali's business managers. It was 1978 when they invited them to Ali's training camp.

"A cheerleader from Strongsville High School in the middle of the most famous entourage in boxing history somehow," said Baldwin.

They began traveling with Ali, Baldwin did so for the next four years.

"I stopped when I went to college," she said. "In high school, I was able to miss a lot of school and still do well."

As one of Ali's Angels, Baldwin still holds on to his old shorts, buttons and memories.

"Muhammad used to tell us, 'Sit back in the elevator girl and wipe that paint off your face, you are way too pretty to be wearing that make up' and my sister tells me she didn't wear make up for almost 20 years because Muhammad would always tell us wipe that off your face," said Baldwin. "It's like, 'Muhammad..I'm 51 years old, can I please wear make up now?' He was magical, he could turn it on and captivate you. It was a brilliant gift. The mind with no preparation could just go and go and go at lightning speed and it was fast as his hands."

Baldwin says the world knew Ali as very boastful, but people who spent time with him say it was the opposite. That Ali was someone who in almost every situation looked at people and thought what can I offer that person.