The Cuyahoga Falls Pride Alumni Band performed at this year's "Preview of Bands" to mark its 50th anniversary of performing together. 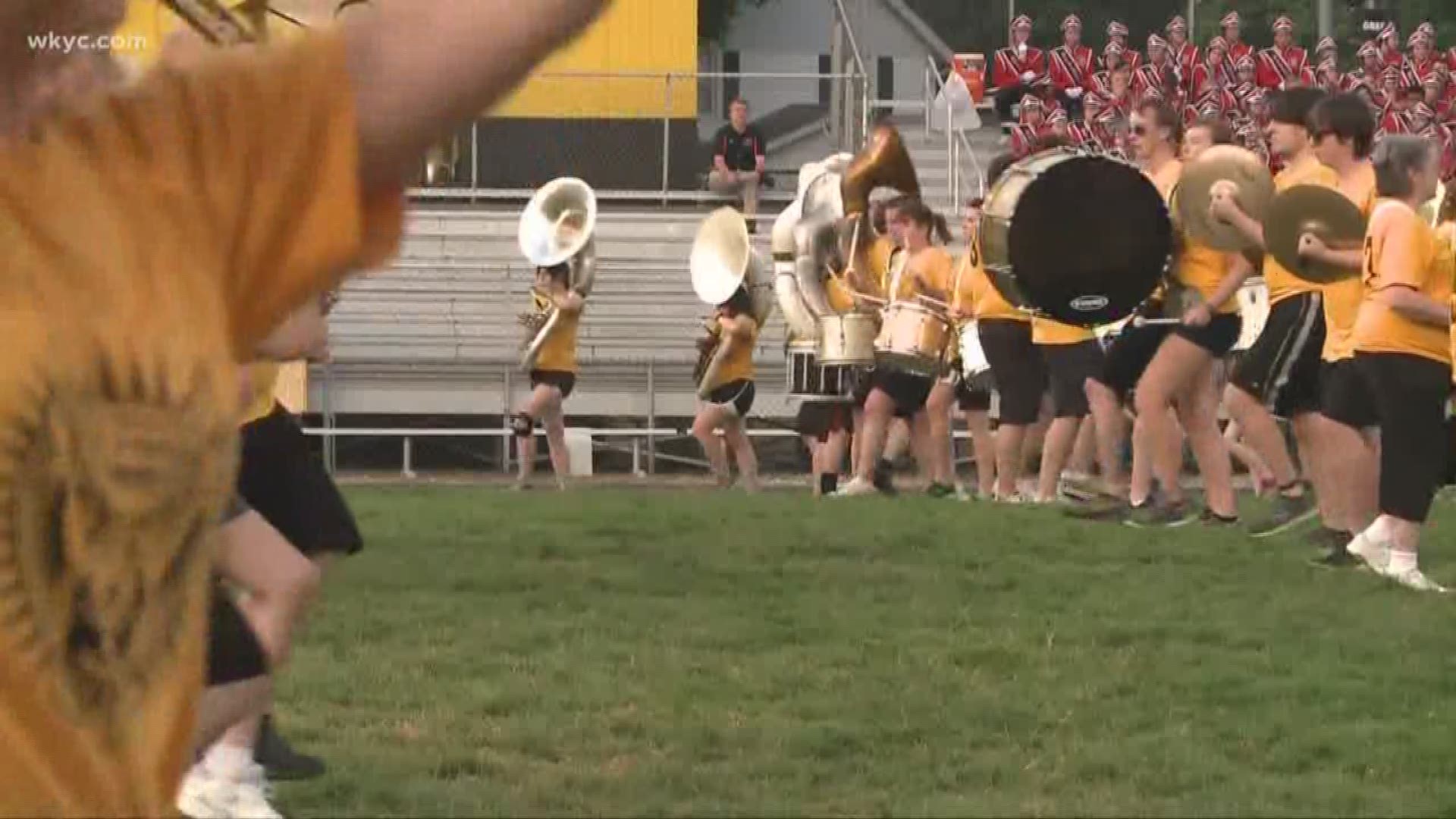 CUYAHOGA FALLS, Ohio — You can say it was a golden moment.

More than 250 former band members of the Cuyahoga Falls Marching Band came together to mark a milestone. Dressed in gold shirts, the Pride Alumni Band celebrated its 50th anniversary during this year's "Preview of Bands" performance at Cuyahoga Falls High School's Clifford Stadium.

"When the crowd starts cheering, your adrenaline starts pumping and you’ve got to do it again and again and again," said Ron Wahl, Cuyahoga Falls graduate of the class of 1966.

For decades, the Pride Alumni Band has been coming together on the field to perform.

"I never thought it would go past one [year]," said Sue Madigan who founded the group along with longtime director Robert Feldbush. "All [Feldbush] promised me was one alumni performance and here we are 50 years later and have 253 people marching."

It was one of the largest performances for the alumni band which included members from the classes of from 1966 to 2019. The group performed with about 175 current band members.

"It’s amazing to see how many people have come back to be a part of this," said current Tiger band director Dustin Harris.

The performance marked years of tradition and pride behind a legacy that continues to grow.

"It is very powerful, I’ll tell you that," said Feldbush. "I wanna cry."