The assignment called " Whom to Leave Behind" asks students to pick 8 out of 12 people to save during apocalypse on earth. 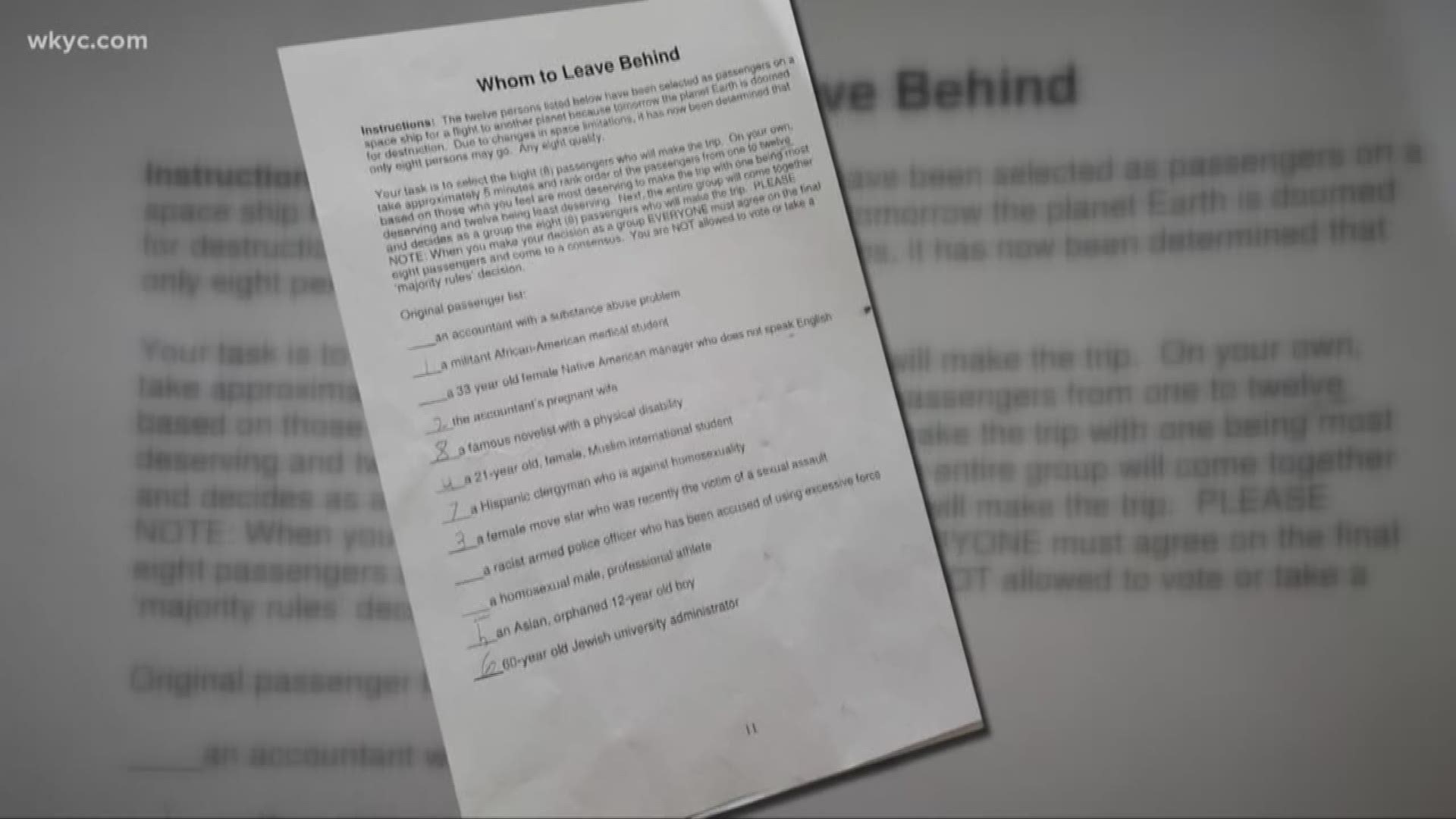 Last week, an assignment given to students at Roberts Middle School in Cuyahoga Falls went viral.

The assignment called "Whom to Leave Behind" asks students to pick 8 out of 12 people to save during an apocalypse on Earth.

The assignment was met with harsh criticism. Many parents called the assignment insensitive and inappropriate, especially for middle schoolers.

After a meeting between officials Monday, Superintendent Todd Nichols defended the teacher and the assignment saying the assignment aligned with the school district's goal to provide training in diversity awareness and social justice.

"The intent of this lesson was to engage in an activity in diversity designed to promote tolerance and break down stereotypes."

He also apologized for any offense the assignment caused to those involved and that future assignments regarding diversity will be more carefully selected.

Read the full statement from Dr. Nichols below:

"With regard to the assignment recently issued by a teacher at Roberts Middle School, it is important to provide context. One of the District’s goals this year is training in the areas of diversity awareness and social justice. In this case, the intent of this assignment aligned with the goals of the District and was issued in four seventh- and eighth-grade classes.

The intent of this lesson was to engage in an activity in diversity designed to promote tolerance and break down stereotypes. The activity, which was drawn from the University of Houston’s Diversity Activities Resource Guide, was used as an ice-breaker during the first full week of school such that students can better understand each other and participate in group activities more successfully.

It is the responsibility of a 21st-century educator to deliver a holistic education to all of their students. In Cuyahoga Falls, one of our objectives is to engage in conversations concerning diversity and social justice.

Unfortunately, some parents were upset and concerned by this particular assignment and thought it was not age-appropriate. The teacher and District offer their most sincere apologies for the offense caused by the content used in this assignment. Future assignments on this topic will be more carefully selected."