Authorities say a 20-year-old man from Green later died from his injuries at the hospital. 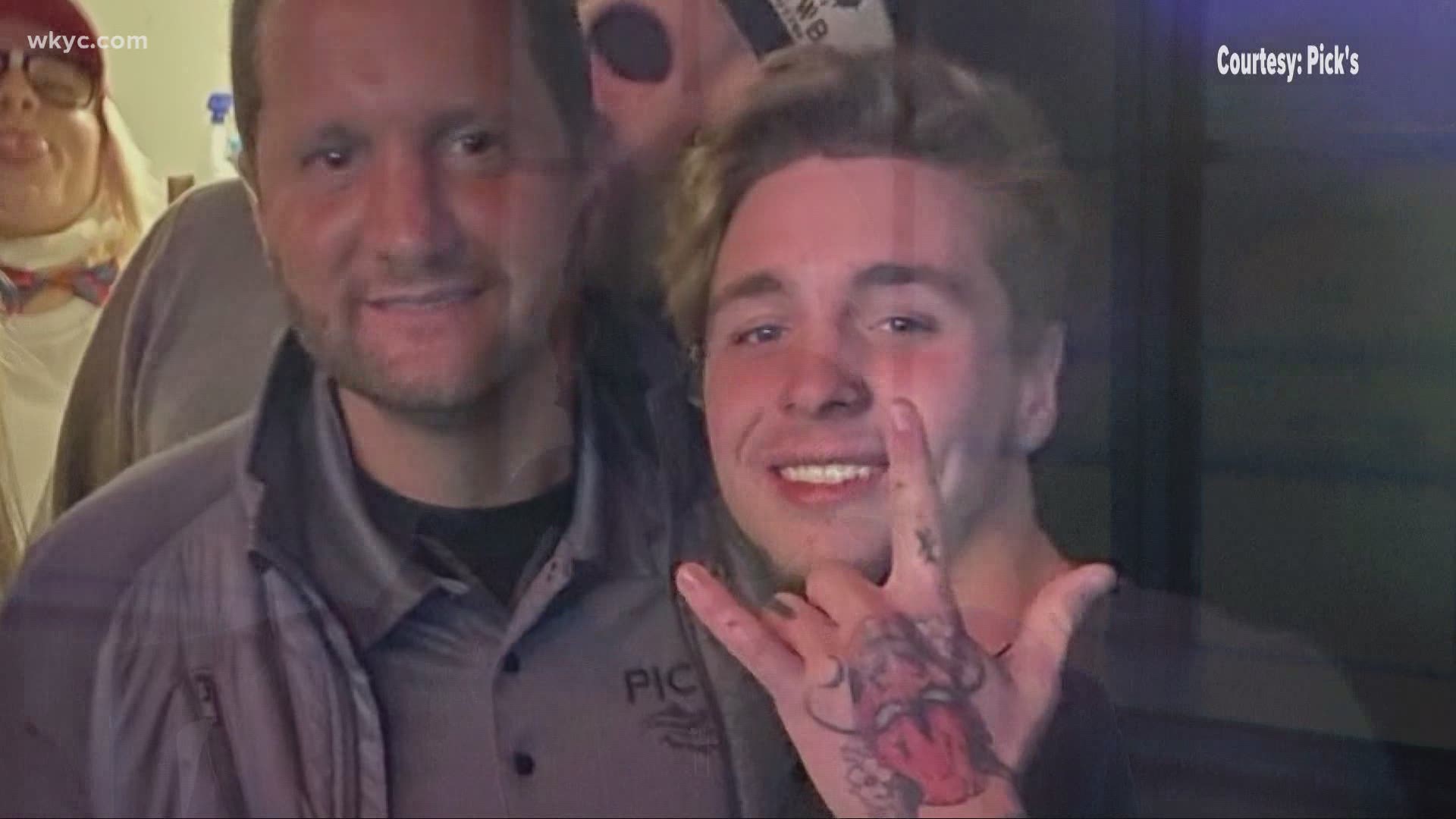 PORTAGE LAKES, Ohio — A 20-year-old man from Green has died and a 33-year-old man is in the ICU following a crash early Sunday morning involving a snowmobile and an ATV. Authorities with the Summit County Sheriff’s Office say it happened around 2:20 a.m. near 530 Portage Lakes Drive on the West Reservoir.

The Summit County medical examiner confirms that it was Sebastian Spencer, of Green, that lost his life. Spencer used to work at Pick's, a restaurant and bar that sits on Portage Lakes, where his former coworkers are still mourning the news.

"Sebastian was a great kid, I was more like a father figure because I was always yelling at him about something," says owner Don Boyer. "He was just a great kid.”

The news hit Boyer extra hard because he instantly thought of the recent news that Spencer shared with him.

Boyer says, "“He just had a son back in December, which is a tough part. He was very excited.”

Spencer was driving a 2006 Yamaha YFS200 and family of Fred Klemp say he was the 33-year-old man from Coventry Township that was driving a 2005 Arctic Cat on the ice when the vehicles struck each other.

Klemp's cousin, Mitch Klemp, says Fred is doing better and that doctors hope to release him from the ICU by the end of the week.

Summit County Sheriff's Office Inspector Bill Holland says speed was an issue. “Right now it appears that speed is the factor in the crash, the speed limit is 20 miles per hour," says Holland. Holland says both riders were wearing a helmet.

Meanwhile, the community is coming together to help the families of the two men. Manchester Tavern is holding a dinner on Saturday with proceeds going toward Klemp’s medical bills.

"We’re very proud to be able to facilitate and help with any cause like this and give back as much as we can,” says Sean Sabolesky, General Manager at Manchester Tavern.

Mitch Klemp says, "To know that we have the support of the community like this is something. It’s amazing.”

And back at Pick’s, they’re donating every check on Wednesday evening to help pay for Sebastian’s funeral. Boyer says if they raise enough, they’ll set up a college fund for Sebastian’s new baby boy.

The incident remains under investigation by the Summit County Sheriff's Office and the Summit Metro Crash Response Team.

Editor's note: Video in the player above was originally published on Feb. 18, 2021.