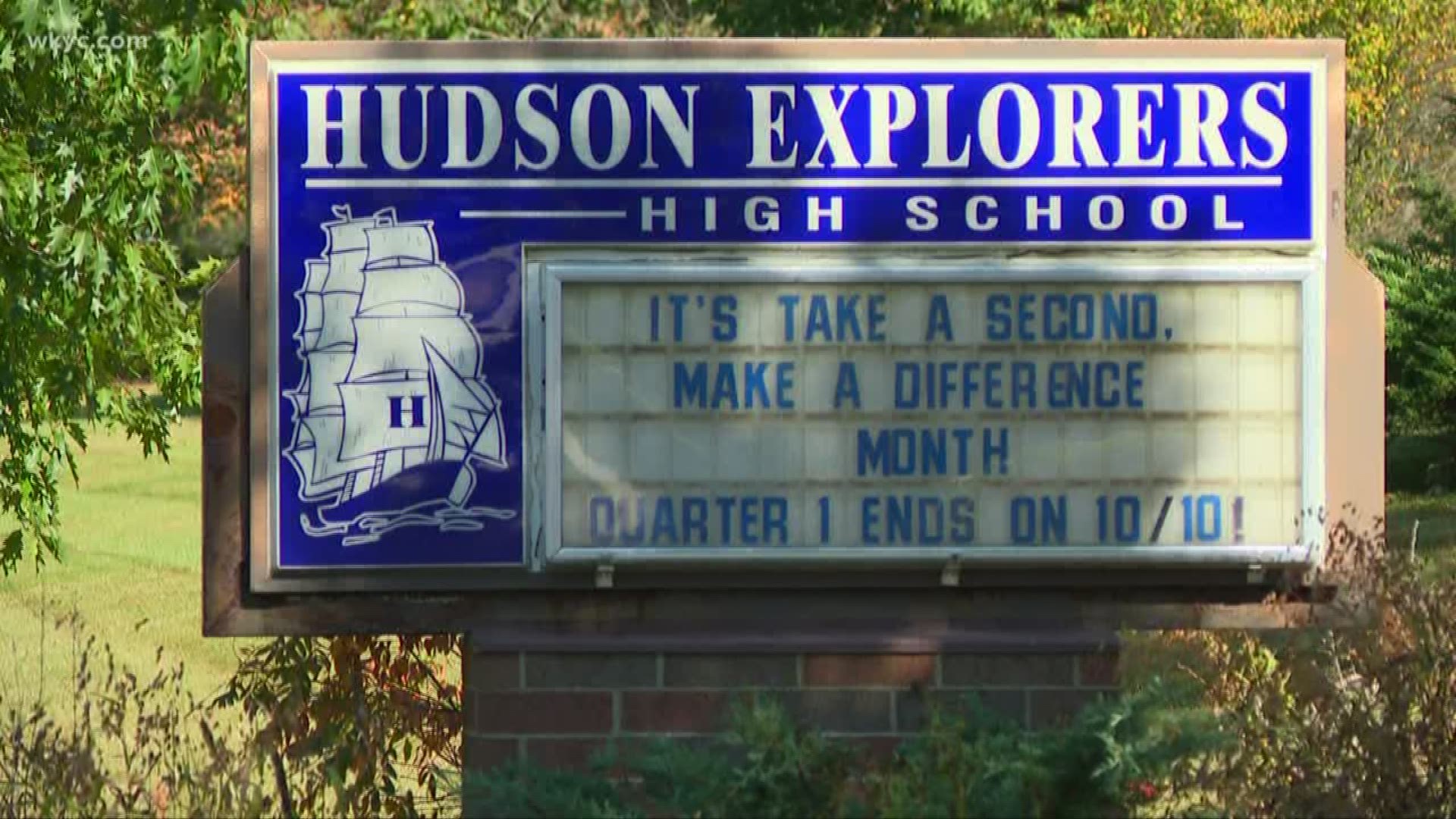 HUDSON, Ohio — Stuck in a bathroom being called the n-word.

That’s what happened to a Hudson High School student Friday and on Wednesday, the school system took more action to make sure it never happens again. The principal of Hudson High School says racist language will not be tolerated, and that all victims need to come forward.

It's a message the Hudson City Schools superintendent fully supports.

When Superintendent of Hudson City Schools Phil Herman was alerted about a racist incident involving multiple female students, he says he was upset.

Herman addressed it in a robocall over the weekend alerting parents to an investigation. Then he sent a longer robocall Monday detailing the incident that included racially offensive language, preventing a student from leaving a restroom where the incident occurred, and threatening social media posts.

We sat down with him to ask questions about the aftermath of the racist incident, specifically the consequences for the female students involved. Herman couldn’t get too specific due to FERPA, the Federal Education Rights and Privacy Act.

“I want Hudson High School to be a welcoming atmosphere for all students. I need to engage and out administration needs to engage further with all our students, including our African American students and get that perspective,” says Herman.

Moving forward, Herman says the school system will continue diversity training, bring in speakers to talk about race, and initiate small group conversations with every single high school student in the school system.

School administration has two main goals right now: making sure the victim is fully supported and making sure all students learn a lesson from the incident.

3News asked how the female victim is doing. The school system couldn't say much due to federal legal protections, but told us she is resilient and that the school system is in direct contact with her and her family.

Copy of the robocall messages can be read below: