Students were told to pick 8 out of 12 people to save in an apocalypse. Some examples included a homosexual professional athlete and a militant African American medical student. 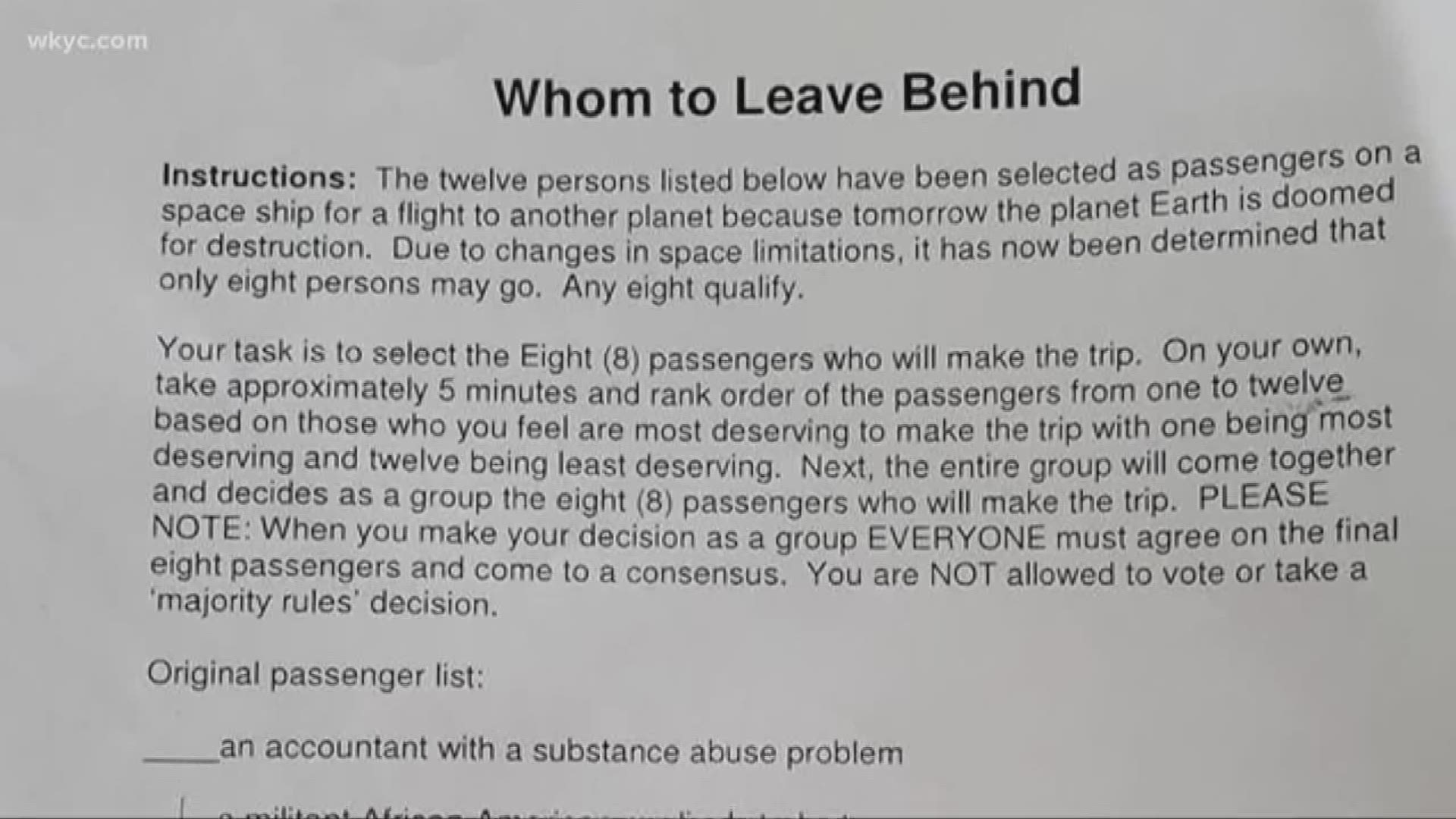 A controversial class assignment is causing a stir in Cuyahoga Falls.

Last week, students at Roberts Middle School were told to choose who should survive an apocalypse on earth. It was an assignment called “Whom to Leave Behind."

Students were told to pick 8 out of 12 people to save. Some examples included a homosexual professional athlete and a militant African American medical student.

Parents say the assignment is insensitive and inappropriate, especially for middle schoolers.

Hartman says her son received the controversial assignment in an 8th grade social studies class last week. It left her at a loss for words.

And she says it made her son feel uncomfortable, adding, "this paper divides. It doesn't pull anybody together."

One parent whose grandson received the assignment questions the teacher’s judgment.

"What did he expect to get out of this?", said Denise Petron.

Cuyahoga Falls Ward 6 City councilman Adam Miller says it was to spark a conversation--not to offend anyone. Concerned parents told Miller about the assignment.

He understands the teacher's intent, but says he went about it the wrong way. Miller said the teacher is apologetic and won't use the assignment anymore.

"I think the parents should have been made aware the assignment was happening so they can put certain terms within that project into context," he said.

Miller does not believe teacher should be fired.

The Cuyahoga Falls School District's superintendent said the district is taking this seriously and will conduct an investigation.

For parents, they hope this never happens again.

"I think the whole curriculum needs to be more monitored so opinions of the faculty aren't injected into the classroom,” said Petron.

The superintendent tells WKYC the teacher met with the school on Thursday and will meet with the district on Monday. He added he's not sure when the investigation will be complete.