Norton teen in coma showing signs of waking up 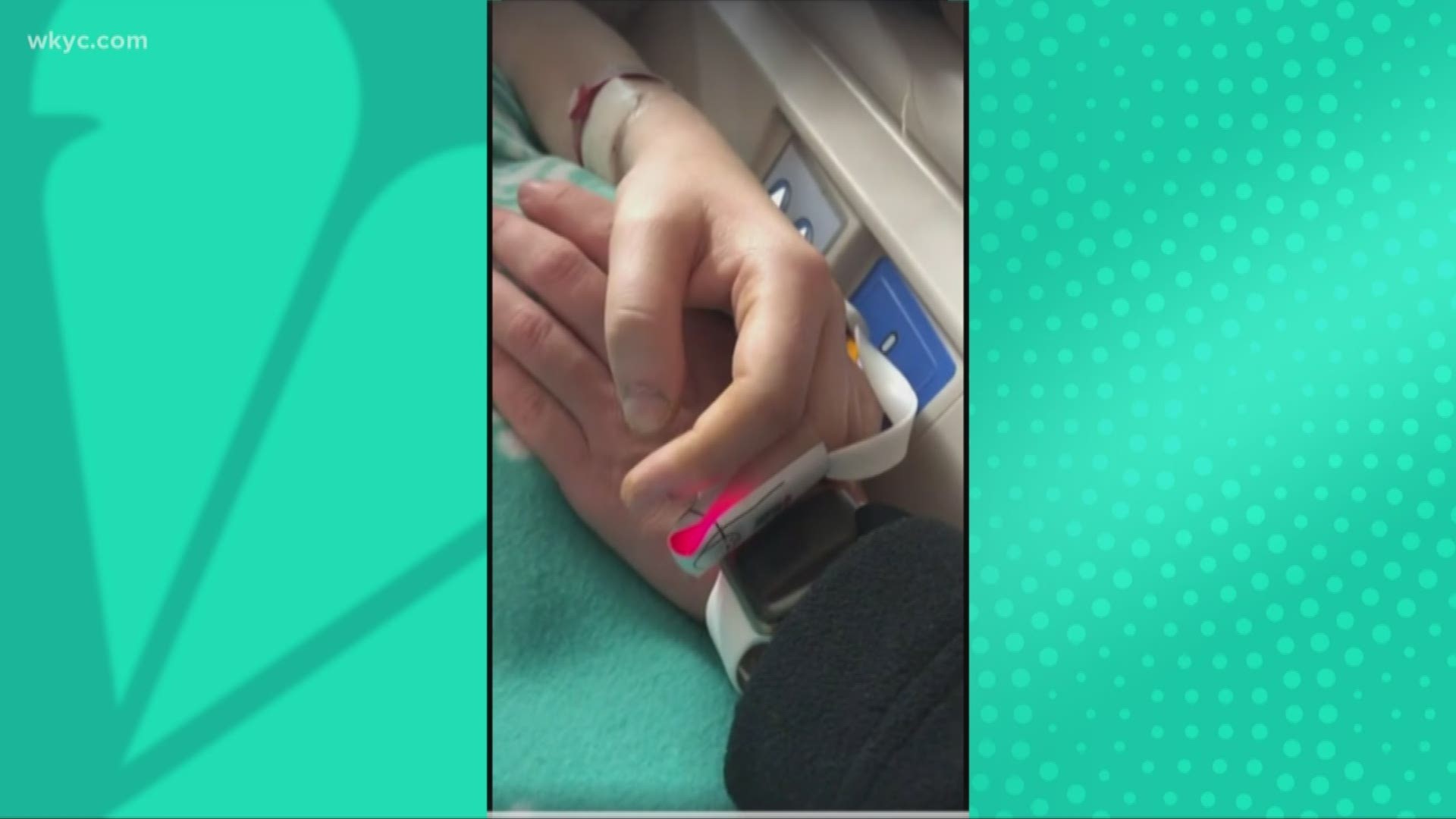 AKRON, Ohio — Chris and Christina Weigand have been looking for a sign that 16-year-old Emma Pfouts might be getting better.

This weekend, they received it.

“I was standing on one side of her bed, I had her hand in my hand, and I kind of felt her fingers move a little bit,” Christina Weigand said.

Emma did not just wiggle her fingers, she opened her eyes, and has done so each day since.

“She really responds to her sister the most,” Christina Weigand said. “Kylie comes in the morning and starts talking to her and she, her eyes, open up every time.”

“Our family’s still whole which is really important,” Weigand said. “It could’ve easily been different.”

Pfouts has been in a medically-induced coma since October 19th, when her family says she collapsed at her homecoming dance from a severe asthma attack.

They believe the episode was triggered by Emma's stepping out from a hot indoor gym to cold outdoor weather.

Her air passages became so constricted, it took ten minutes before doctors could get oxygen back in her body.

She likely has brain damage as doctors now ease up on her medication.

“They’ve been very clear about, 'you know this is going to take a long process',” Christina Weigand said.

A GoFundMe page has been set up for the family at https://www.gofundme.com/f/medical-expenses-for-emma-pfouts and you can order “Team Emma” gear at “Gameday Sportswear” in New Franklin.