Sagamore Hills puppy recovers after being rescued from hot car

A dog owner is facing an animal cruelty charge after leaving a 5-week-old puppy in a hot car. The animal is recovering after being rescued by police. 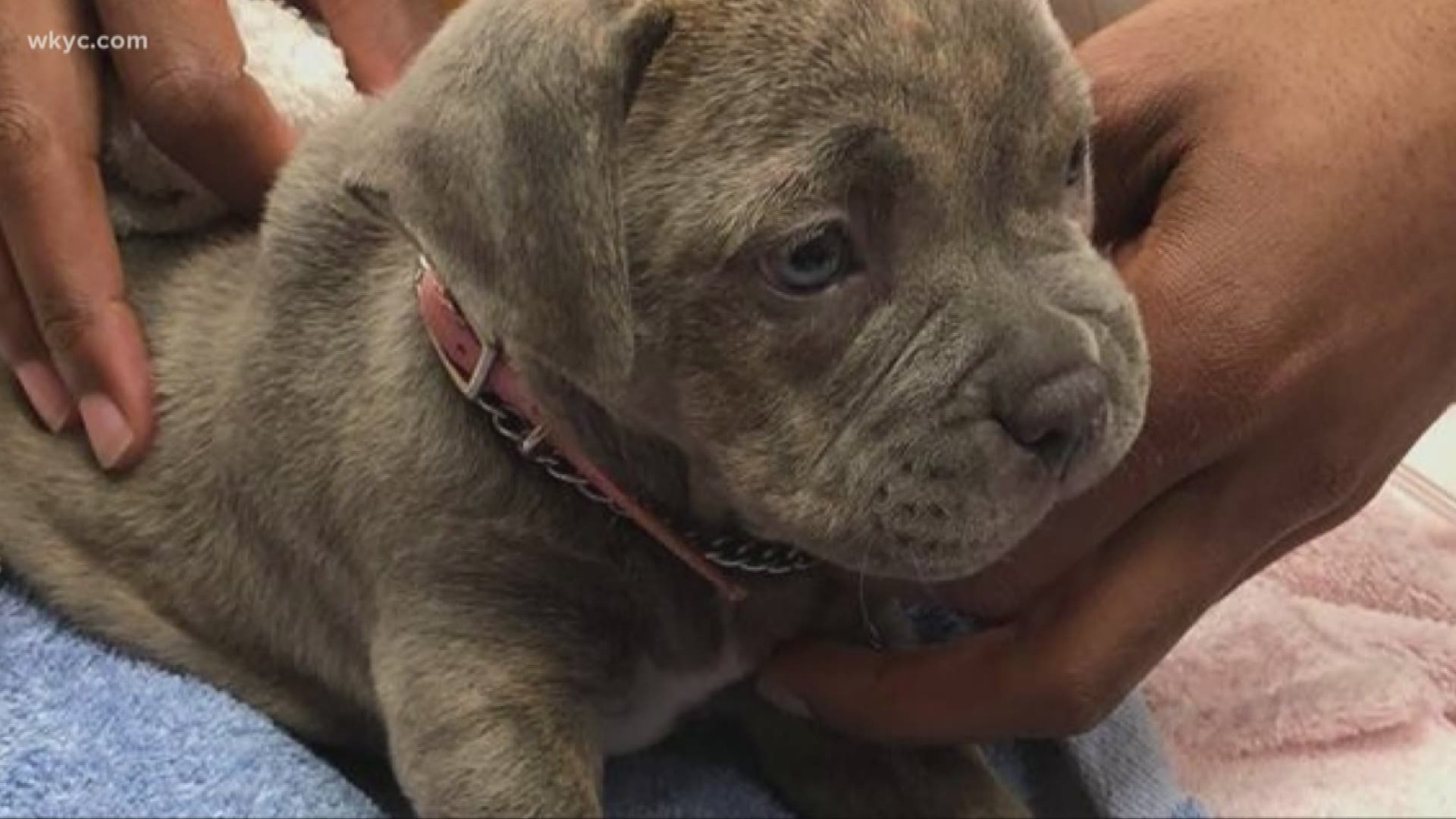 SAGAMORE HILLS – A small puppy is revering after being left in a car by its owner as temperatures peaked above 90 degrees Wednesday afternoon.

Police were notified by a woman who was out walking her dog on Augusta Lane. She says her own dog kept barking at the car, but she couldn’t see a dog inside. She told her husband, who is an officer with at a neighboring police department. The message was then forwarded to Officers Tim Ellis and Tony Pistone on patrol in Sagamore Hills.

“Walking up to the car we could see all 4 windows were cracked about half an inch. I mean just enough to get a finger through,” said Ellis.

He couldn’t see the animal, but did see a cage inside the car covered with blankets.

“I heard a faint whimpering. It almost sounded like a bird chirping very faintly inside the car,” Ellis said. “At that point I said, we need to get inside this car. There’s some kind of animal in there and it is so extremely hot, nothing could live in there.”

He used his lockout tools to gain entry to the car as his partner alerted dispatch of their situation. When Ellis got the car unlocked, Pistone moved the blankets and opened the cage where they found the dog inside, very lethargic.

The car was hot. “90 plus degrees,” said Pistone, a patrolman who has been on duty for only 6 weeks. “And the temperature inside the vehicle was probably 115, 120 [degrees], if not more.”

The owner, 21-year-old Simone Young, didn’t show up until officers prepared to leave headed for an animal hospital.

She told officers that she’d been checking on the dog every 45 minutes.

The puppy was taken to Sagamore Hills Animal Hospital for immediate treatment before being transferred to the Humane Society of Summit County. He’ll stay there pending a judge’s decision in the case.

Young faces one count of animal cruelty, a misdemeanor.

While the officers were glad they got to the dog in time, they say they don’t deserve all the praise.

Pistone says, “the caller and I think the hospital – they should get more recognition than what they’re getting.”

Ellis adds, if you wouldn’t sit in the car with the windows up on a sunny day, don’t put your dog in there.”