Since the fair begins before July 31, it is not required to limit its events. 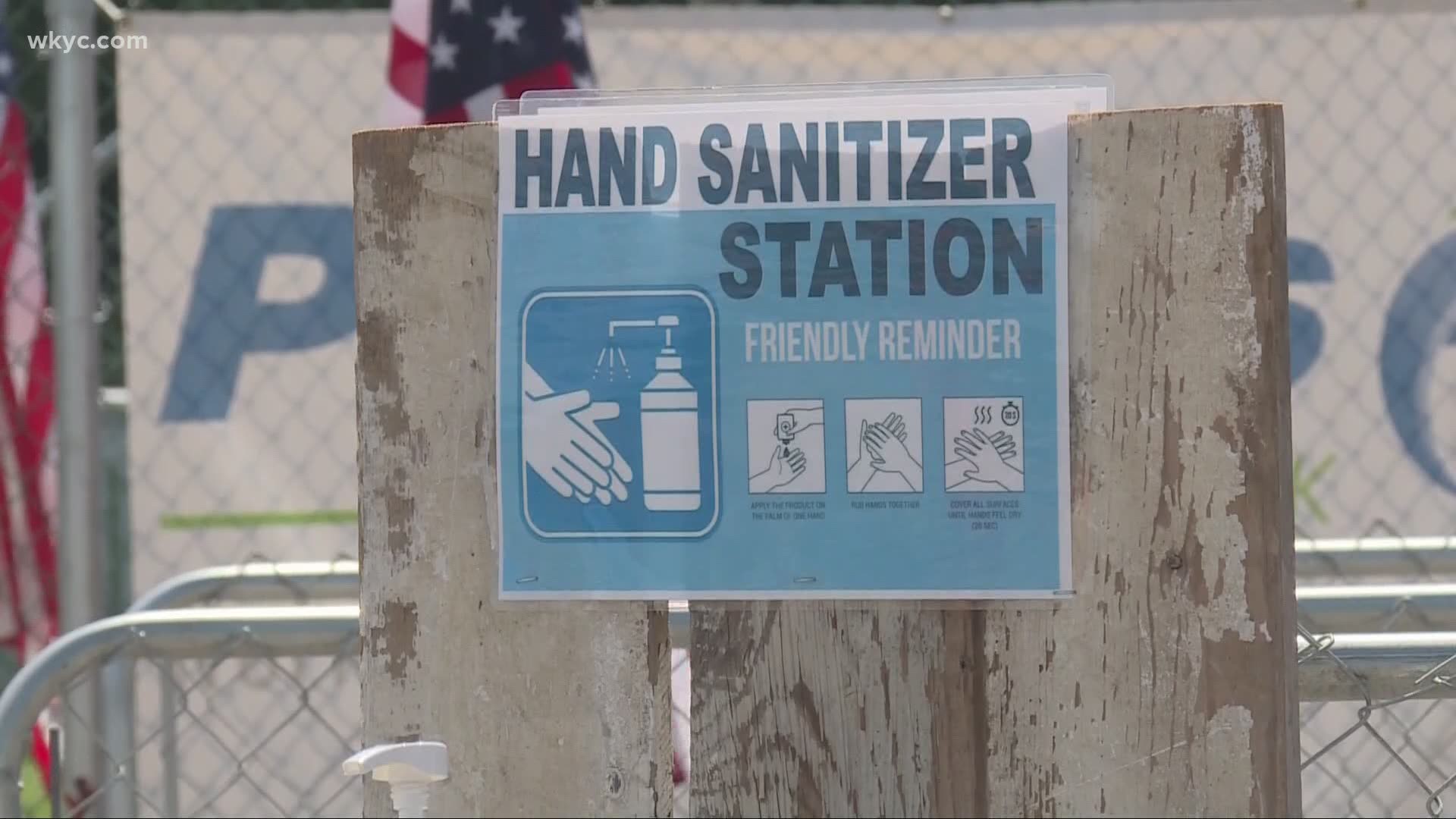 TALLMADGE, Ohio — Gov. Mike DeWine on Tuesday announced Ohio's state fairs will be limited to holding only junior events due to the ongoing coronavirus pandemic. However, there's a loophole that will affect one event in Northeast Ohio.

The order applies only to fairs "starting on or after Friday, July 31." Since the Summit County Fair in Tallmadge begins Wednesday (July 29), organizers have confirmed they will be able to hold all events as scheduled.

The fairgrounds will still have several guidelines in place, such as strict social distancing and a mask requirement for all guests. The year-round facility says it anticipates not being able to host several events for more than a year, and the fair itself will help it remain open.

"We are following all guidelines so that we can remain open," officials wrote on Facebook. "If we can not [sic] have these [events] for another 18 months to two years like they are saying then we...will have to close our doors forever."

DeWine had expressed his wish to keep the fairs operating so long as health precautions were taken, but reversed course amid rising COVID-19 numbers across the state. Things such as rides, grandstand events, and carnivals will be banned and a 10 p.m. curfew will be in place for the affected gatherings, but events such as 4-H and livestock competitions can still take place.

Although the Summit County Fair is legally allowed to proceed, reaction to the announcement was mixed: While some on social media were excited to go, others claimed organizers were choosing "profits before people."

"Stupid is as stupid does," Cheryl Evans wrote. "Not worth going. Should be a junior fair only."

"For all the people complaining about the fair nobody is forcing you to go," Blake Myers countered.

Summit County currently has more than 3,000 reported cases of the coronavirus and 216 deaths, both the sixth-most in Ohio. It was recently reduced to a Level 2 "orange" alert from the Ohio Department of Health, indicating "increased exposure and spread."