Micah Herndon says quitting was not an option 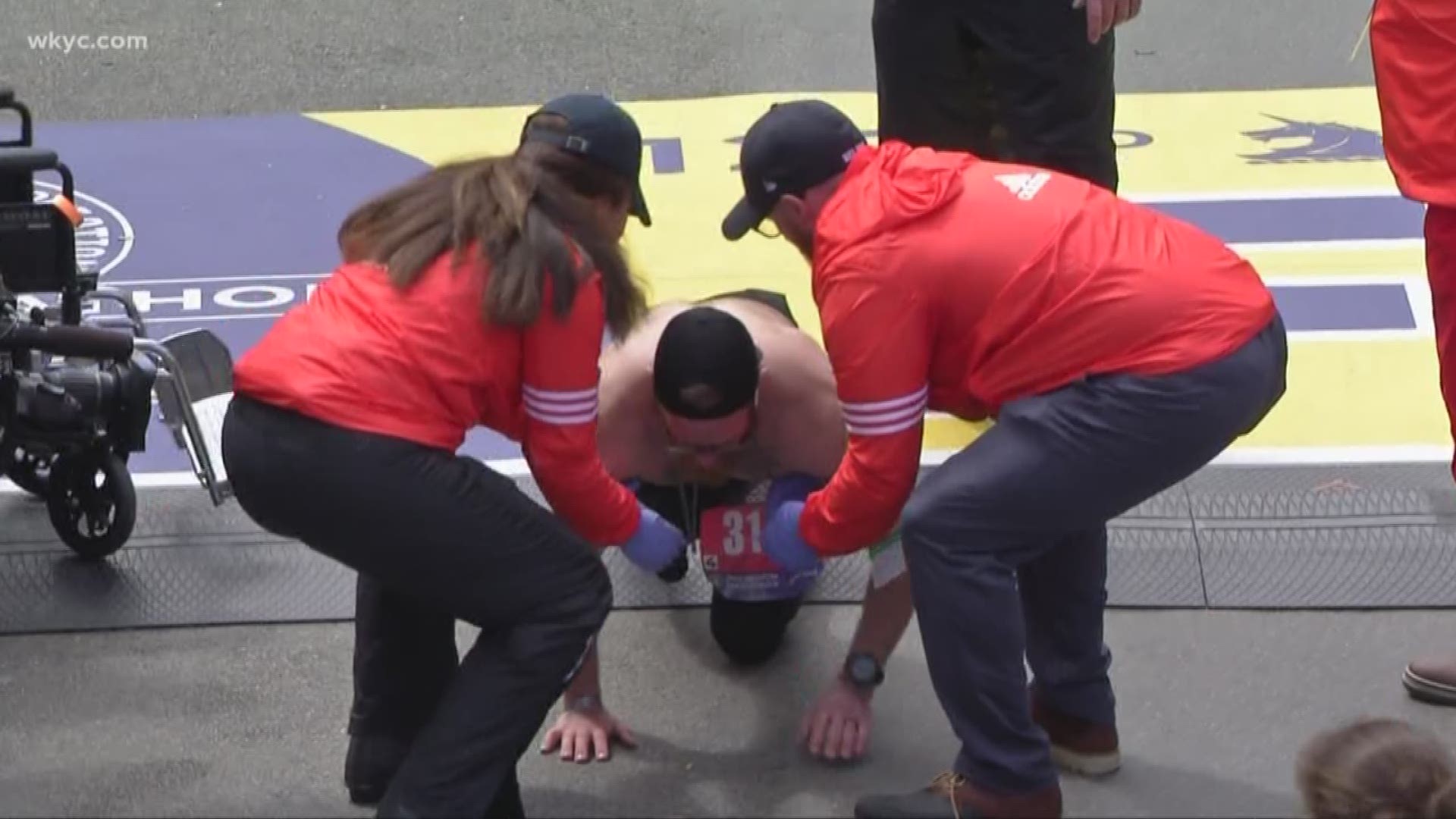 CLEVELAND — The annual Boston Marathon is always test of endurance.

But for one local Marine this year, it was also a test of heart.

Micah Herndon, 31, of Tallmadge ended the race on all fours, crawling to the finish line, in a moment that has gone viral.

Finishing 50 minutes behind his goal time, he could be heard chanting the names of three men who were killed in an overseas attack.

Their names: Mark Juarez, Rupert Hamer and Matthew Ballard. Herndon keeps them on the laces of his running shoes.

“I just go back to the reason why I’m doing it in the first place and it’s just the brothers that we lost over there,” he said.

Herndon began running when he returned from active duty in 2011. He found that it helped with the demons that followed from Afghanistan.

“Runner's high combats PTSD,” he said. “Running is just my form of therapy.”

He completed two marathons in Ohio with times so fast he qualified for Boston.

Yet near mile 22 Monday, something went wrong, and his legs began to cramp.

Driving back from Boston, he said he is still in a lot of pain but appreciates having his story heard.

“I watch ‘Sportscenter’ every day before work and what not and woke up today and there they are saying my name. It’s kind of crazy,” he said.

An electrician by trade, Herndon describes himself as a “rookie” runner who still has a lot to learn about long-distance.

There is also clearly a lot that can also be learned from him.