The end of an era: GM plant's last full day in Lordstown with final Chevy Cruze coming down the line

The final Chevy Cruze rolled off the production line on Wednesday. 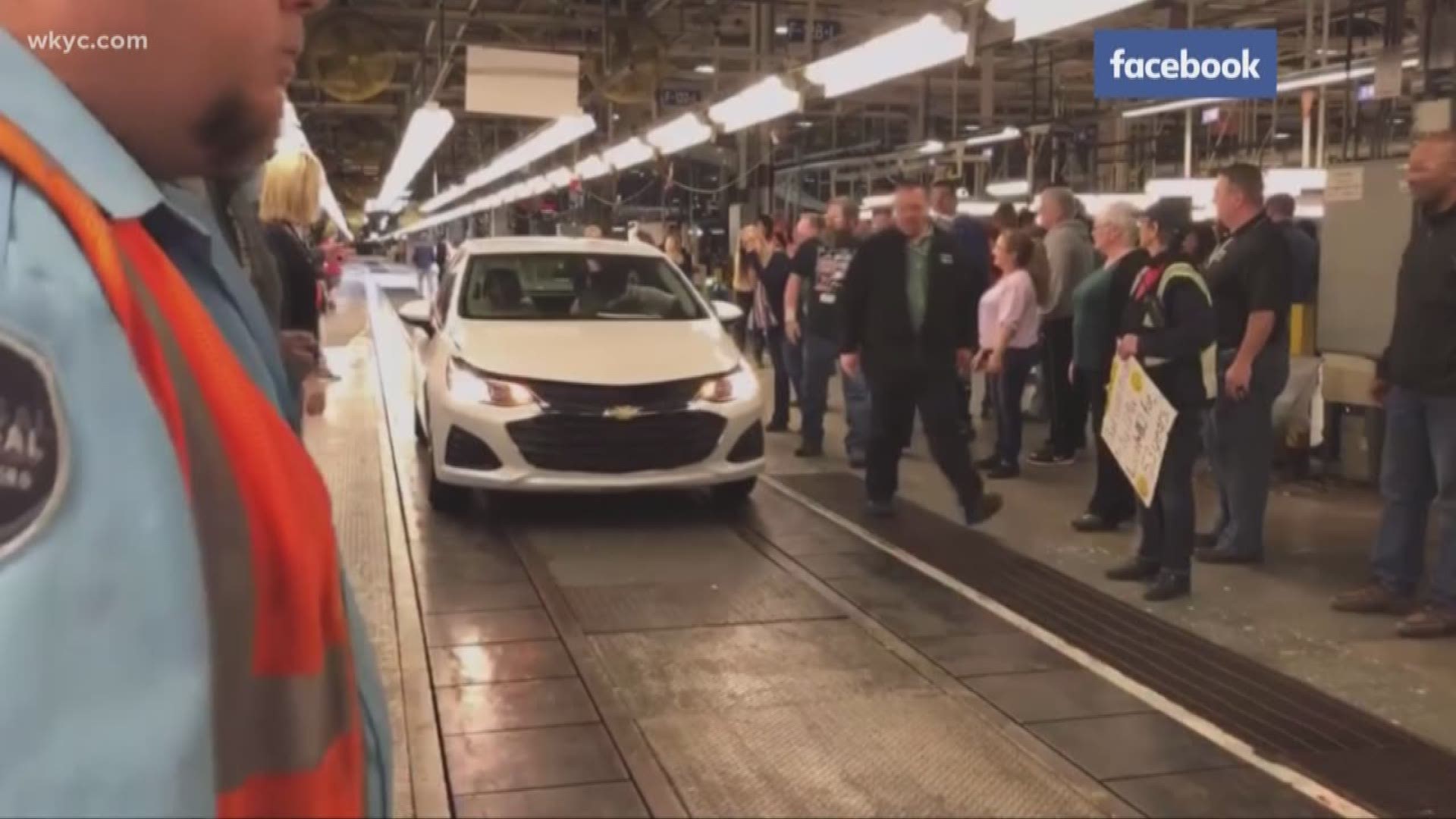 LORDSTOWN, Ohio — The final car has made it’s way off the line at the famed GM Lordstown plant.

And when the white 2019 Chevy Cruz appeared in front of him, reality set in for Shaun Winkler, who installs coolant systems inside the GM plant.

"That last car coming down the line, you see all the empty carriers behind it, for me, thats when it really hits ya,” he said.

Winkler is one of fourteen-hundred workers figuring out the future now that GM has officially unallocated the 53-year old facility.

“I'm about 70-percent sure something else will come in here, but at what cost?  Thats the big question right now.”

He’s hopeful, others are angry.

“It's corporate greed at its finest,” says UAW Local 1112 President Dave Green.  “When corporations take and take and take, its never gonna be enough,” he said.

At a small vigil outside the facility as the last shift wrapped up, the focus was on the uncertain future that awaits these workers.

“My gut tells me this isn’t the end,” said Paul Mayer who worked assembly at Lordstown until being released last summer.  "I don't know if thats me just telling myself that I don't want this to be the end — or if it actually is.”

A local champion for the workers inside is Werner Lang — a Mahoning County man who has showed up every day since the closure was announced to plant flags and optimism among the workforce.

"Today is bitterly cold, but not nearly as cold as the hearts of corporate executives that may close this plant,” he said.  "If it remains closed, it will be a terrific American tragedy, but we hope it will become an American triumph."

On Friday, the plant will officially go idle. Right before the bell at the end of the last shift that day at 3 p.m., area church bells will ring.

Union leaders say 297 workers took transfers before after the second shift went away. As of now 411 workers are signed up for transfers and getting ready to leave next month.

State leaders, such as Gov. Mike DeWine, have urged the head of GM to keep the automaker's Lordstown plant open or allow it to be sold quickly.

Sporting blue is meant to send a message to executives at GM's headquarters in Detroit.