The procession was followed by thousands of motorcyclists from around the country. There were so many, it took about an hour for them all to pass one area. 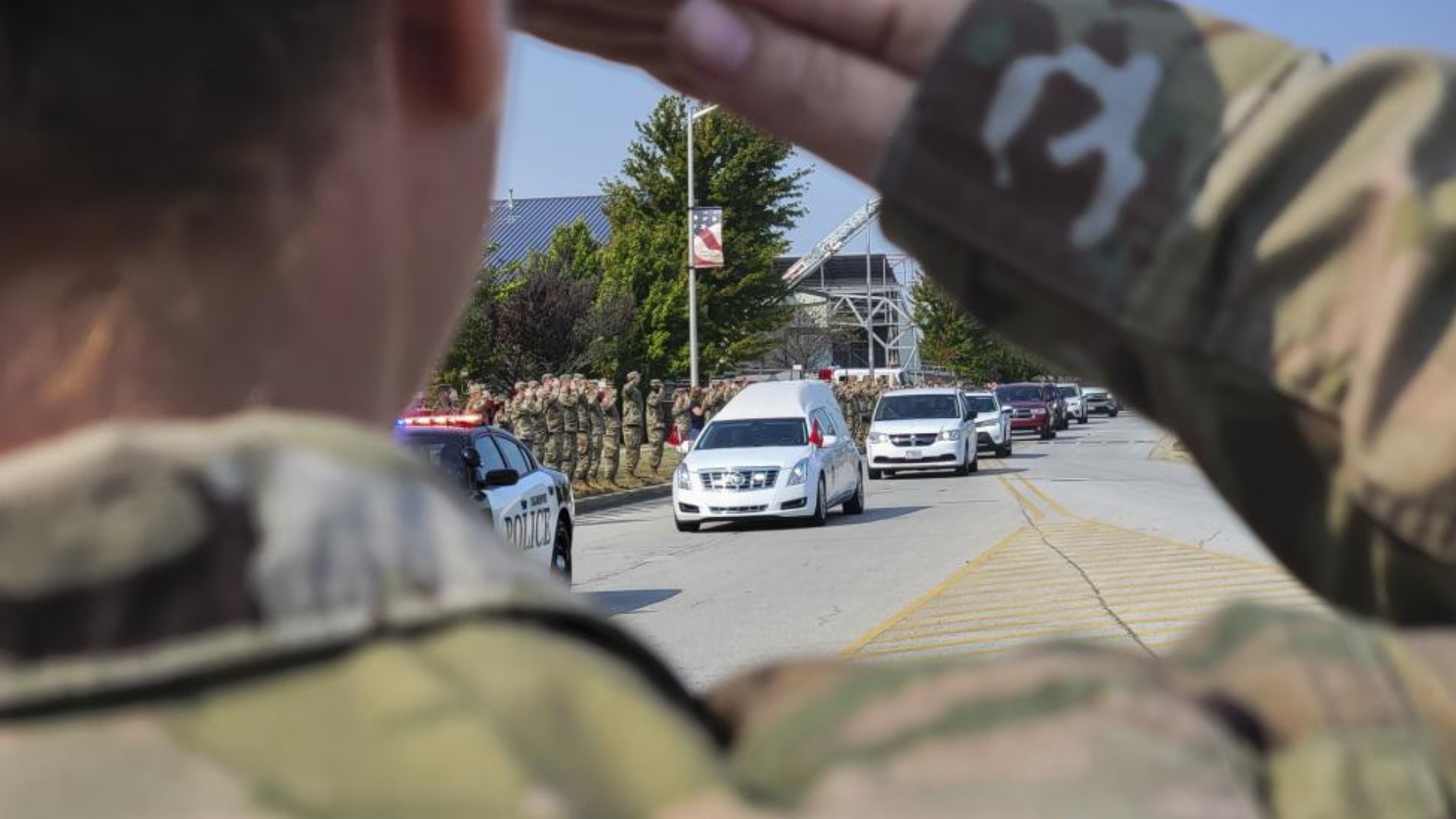 Military officials performed a dignified transfer of Sanchez's body to his family.

Sanchez was among the 13 U.S. service members killed in Afghanistan last month.

Thousands came out to give the fallen Hoosier hero a proper homecoming. The procession marked the beginning of memorial services for the 22-year-old Marine.

It started at Grissom Air Reserve Base near Peru and headed toward downtown Logansport, where the police escort briefly stopped under a garrison flag.

“He gave his life for our country. That’s about all I need to know about him. That’s why I am here,” said Travis Eastham. “I am a patriot of my country, and this is why we stand for the flag. The bloodshed … it’s family members, it’s local brothers and sisters, it’s people you grew up with.”

The procession was followed by thousands of motorcyclists from around the country. There were so many, it took them about an hour to pass one area.

“We have a fallen brother. I’ll always support my brothers,” said Mike Line, who also served in the Marines. “I want the family to know we’re here for you. You’re not alone. We’re here. We’ll always be here.”

Sunday gave many the opportunity to pay their respects to a brave hero who made Logansport proud.

Sanchez's funeral and burial are set for Tuesday in Logansport.