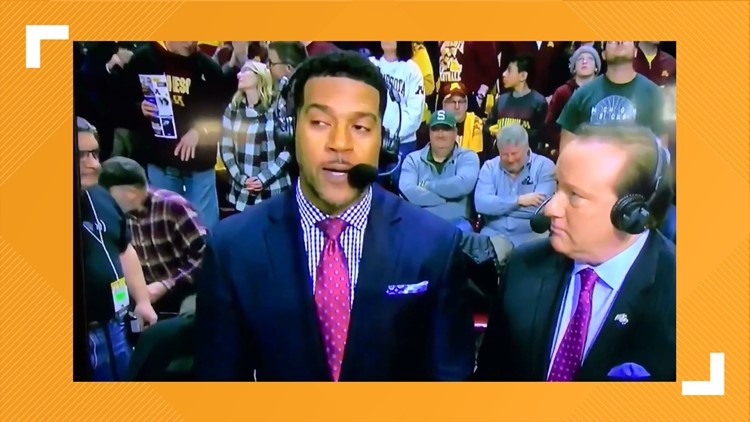 Toledo high school basketball, Ohio State and NBA star Jim Jackson offered an emotional tribute to Kobe Bryant, who died in a helicopter crash earlier in the day, at the start of the Michigan-Minnesota basketball game on Sunday.

Jackson who was serving as an on-air commentator for the game, was visibly upset by the news.

“A loss for words. You never want to hear tragic news because of a personal relationship. I had the honor and the pleasure to be a teammate of Kobe Bryant's with the Los Angeles Lakers in 2006, even for a short period of time,” said Jackson."I knew the player, but I got to know the man behind the jersey, behind the mask. And it was an honor for me to be a part of. So for Kobe Bryant as we pray for his family, for his friends, his relatives that associated with him, the Los Angeles Lakers organization, we lost a great young man this afternoon.”

Jim Jackson was a teammate of Bryant’s in 2005-06 on the Los Angeles Lakers.

Jackson Jim Jackson is a basketball legend in the Toledo area, playing for the now closed Toledo Macomber Macmen, and leading them to a state championship in 1989. Jackson later went on to be a star for Ohio State where he played three seasons, earning first team All-American status and player of the year awards before leaving for the NBA.

He ended his career in Los Angeles and was the last player to wear number 24 before Kobe Bryant.