Angela Baker yelled racially charged language at two African-Americans and tried to hit them with her car because of the color of their skin, police say. 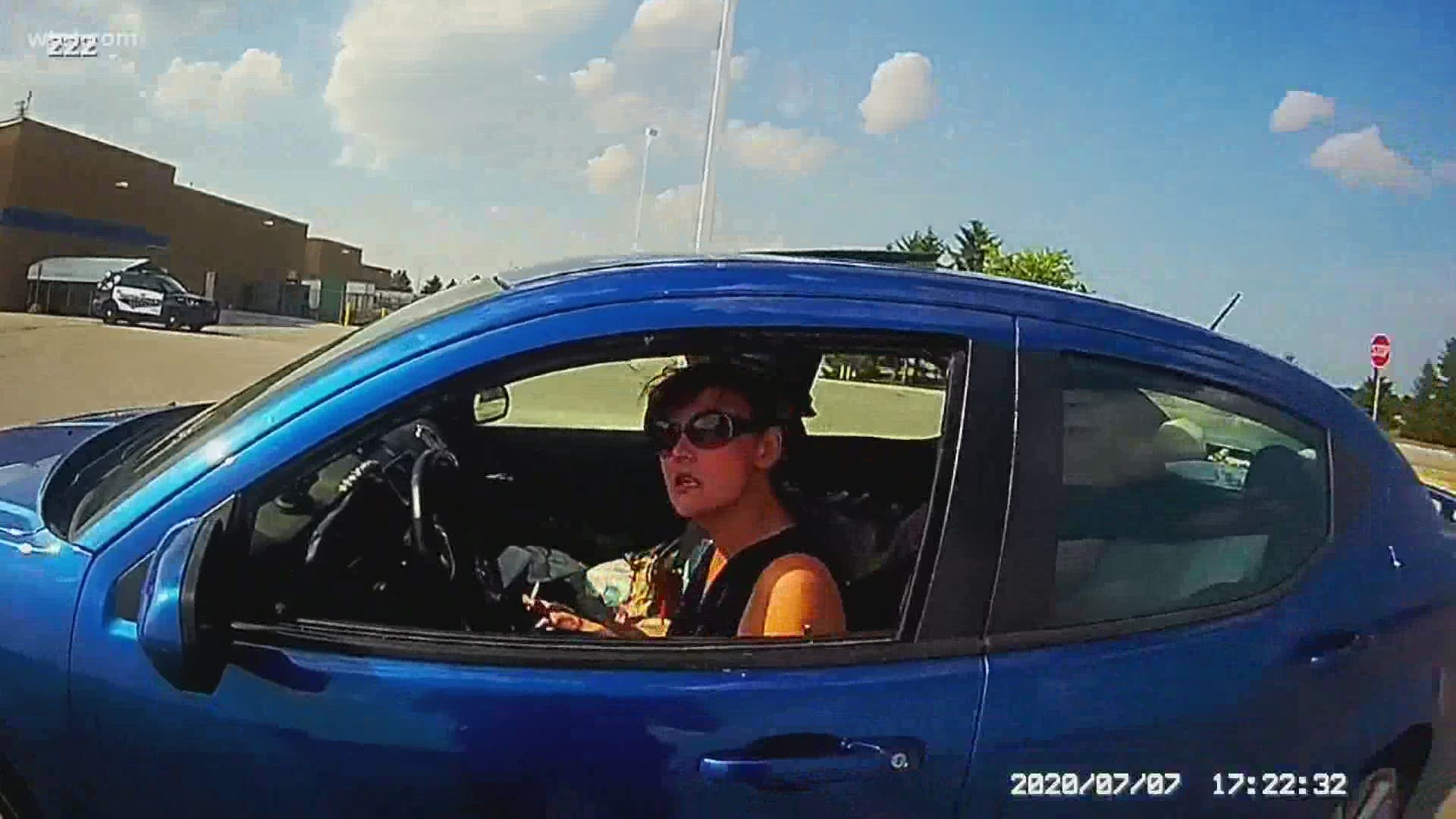 OREGON, Ohio — According to the Oregon Police Department, a Toledo woman hurled racially charged language and tried to scare and hit two African-Americans with her car because of the color of their skin.

That woman, Angela Baker, 42, has been charged with ethnic intimidation and aggravated menacing, a felony in the fifth degree that carries a potential prison sentence.

The incident occurred Tuesday evening at the Meijer parking lot at 1725 S. Wheeling St. in Oregon.

Police body camera video shows one of the officers who responded to the scene approach Baker in her car and he asks her how she's doing.

According to the police report, Baker said she drove her car at the 15 and 19-year-old males to scare them.

The males reported that as they walked by Baker's vehicle, she honked at them, flipped them off and called them "n******." One of them approached Baker who then drove her car at them, attempting to strike them.

Baker was arrested that evening.

Lt. E.J. Materni with the Oregon Police Dept. said the department doesn't run into ethnic intimidation cases very often, but when it does happen, they take action.

"Basically when our crews interviewed her, she said she didn't have any problem with them other than the color of their skin," Materni said. "We don't understand why people act like this in 2020. We're not going to put up with that in our community. There's no place for it."

Baker was taken into custody by the Oregon police and transported to Lucas County Jail.