Safety was a big concern after a similar boat parade in Texas resulted in boats in distress and several actually sinking yesterday. 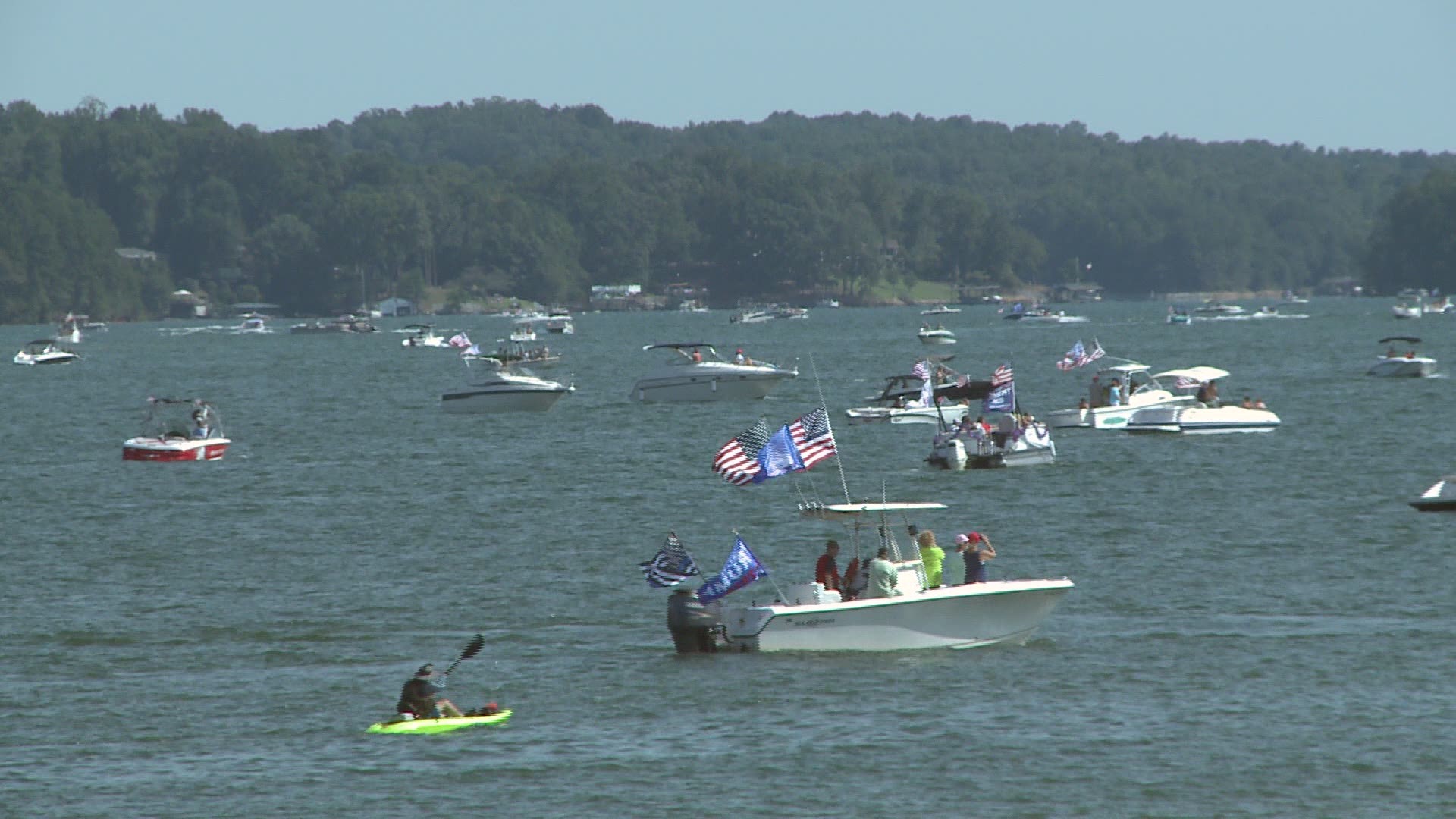 Georgia Department of Natural Resources Game Warden Kevin Goss said that number is a rough estimate, and includes spectator boats, but they would have a more exact number after looking at aerial images.

Goss said there were no issues on the water.

“It went really smooth, we haven’t received any reports of boats sinking or swamping or getting turned over,” he said.

Organizers said the event was a way to show support for first responders and the "leadership of this great nation."

"Let’s come together as Brothers and Sisters and celebrate these very freedoms," it said on the event Facebook page.

The event began at 11 a.m. and started in the Buford Dam area to Port Royale Marina near Browns Bridge Road, and ended in Forsyth County.

Organizers later said a total of 1,848 boaters registered for the event but anywhere from 3,200 to 3,400 joined in on the parade. The event was also raising money for Tunnels to Towers. They're still working to see how much they were able to gather for the charity.

Safety was a big concern after a similar boat parade in Texas resulted in boats in distress and several actually sinking.

Austin-Travis County EMS confirmed they had responded to multiple boats, but there have been no reports of injuries.

The event page on Facebook showed 1.7K people "going" and another 2.6K people were "interested" in the Lake Lanier event.

"We hope everyone is ok," organizer Brett Downing said on Facebook regarding the event in Texas. "This is the reason Dustin, myself and John have put so much time into planning this event. We want to make sure everyone stays SAFE and has fun! Please everyone, obey the rules, follow our directions we have put into place, and have a blast! No one needs to get hurt or put into harms way."

The Ga. DNR said everyone at the Lake Lanier event obeyed the rules and stayed a little over idle. Goss said the county never contacted them for assistance.

There were several agencies on the water assisting the DNR, including Hall County, Forsyth County and Gwinnett County.

Elaine Hill heard about the event and wanted to come out and see it for herself.

"They’re out here doing something they enjoy and they’re not hurting anybody," she said. "They’re just peaceful people for Trump.”

RELATED: Hundreds of boats rally on Lake Allatoona for Trump

They turned out for a floating parade intended to, according to a Facebook post organizing the event, "end the summer with a salute to America and to President Trump."

These parades and rallies on the water have been taking place throughout the country in support of President Trump.