Bob Keating and Mike Erdelsky celebrated life after one of them collapsed and suffered a complete cardiac arrest during their last outing. 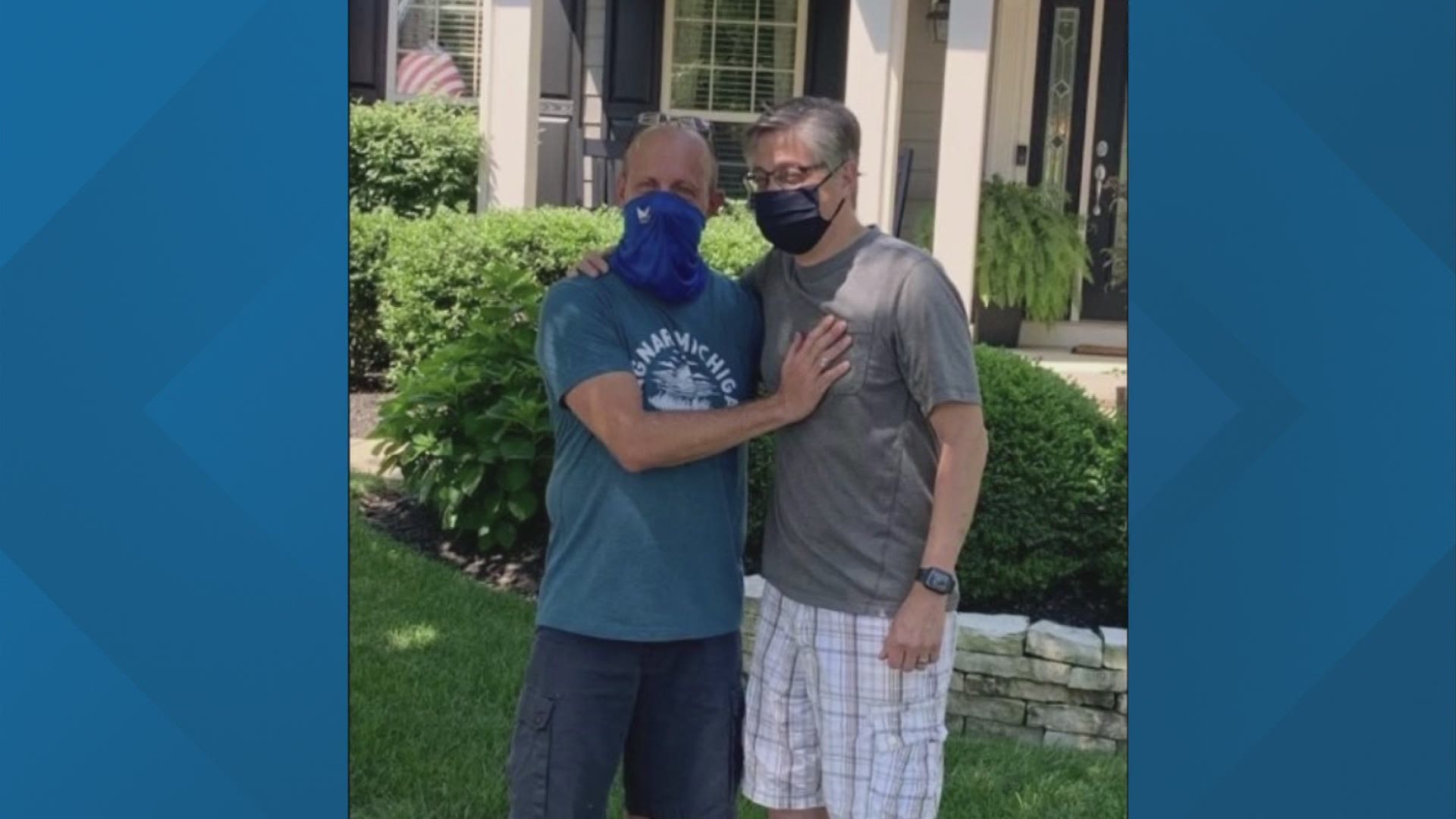 DUBLIN, Ohio — Two Dublin runners reunited for one of their most memorable runs Saturday morning.

They celebrated life after one of them collapsed and suffered a complete cardiac arrest during their last outing. The man's story of survival involves friendship and the importance of CPR training.

"It is a celebration more than a workout really," said Bob Keating.

"This is exactly 8 weeks from when I had full cardiac arrest. For all intents and purposes, I was on my way to the other side," said Mike Erdelsky.

Keating and Erdelsky have worked together at Honda of America for decades. They began also covering miles of local trails, roads and paths as part of running challenges about 15 years ago. On a run last July they began talking about retirement, but then paused to stretch.

"At about mile four, Mike was complaining about his chest being tight. He thought it was muscular so we stopped and stretched," said Keating. The pair began running again, but minutes later something was clearly very wrong. "He started to fade off to the side. Mike collapsed on the city strip between the street and the sidewalk, the grassy strip. He started convulsing at that point. His eyes glazed over and a little foam was coming out of his mouth. I thought he was having a seizure."

Keating explains what happened, not only because Erdelsky was unconscious, but Erdelsky has even lost memories prior to his heart attack. "To be honest with you I have full amnesia of the event, even including the day before."

Keating called for help. He soon realized his friend wasn't breathing and wasn't suffering a seizure, but rather a heart attack. Keating rolled Erdelsky onto his back and began CPR. It was a life-saving measure he knew because he had taken workplace first aid training offered by Honda. Medics arrived and continued those efforts, rushing Erdelsky to the emergency room.

A complete cardiac arrest left Erdelsky in the hands of doctors and under sedation in the Riverside Methodist Hospital ICU for several days. His family was aware his life was in the balance, and even if he did heal, he may not be the same.

The diagnosis for Erdelsky and his recovery was at first grim, but eight weeks later, he surprised many by healing almost completely and lacing up his running shoes.

"When I came to, revived off anesthesia, we weren't certain what the long term effects were going to be. We monitored that. Things started to improve physically," said Erdelsky. "But I still have some issues with memory."

Erdelsky tells anyone who will listen a few important points. He encourages people to go beyond physicals at routine doctor appointments and to know health risk factors and genetic factors for ailments. He also encourages people to say attend any first aid classes that are offered. Finally, he says to value the many friendships in your life.

"Bob and I have been friends for a long time, but now we've got this bond that will be there for eternity," said Erdelsky. "