Hamilton Heights School Corporation shared the sad news in a message to families on Saturday. All prom activities were canceled. 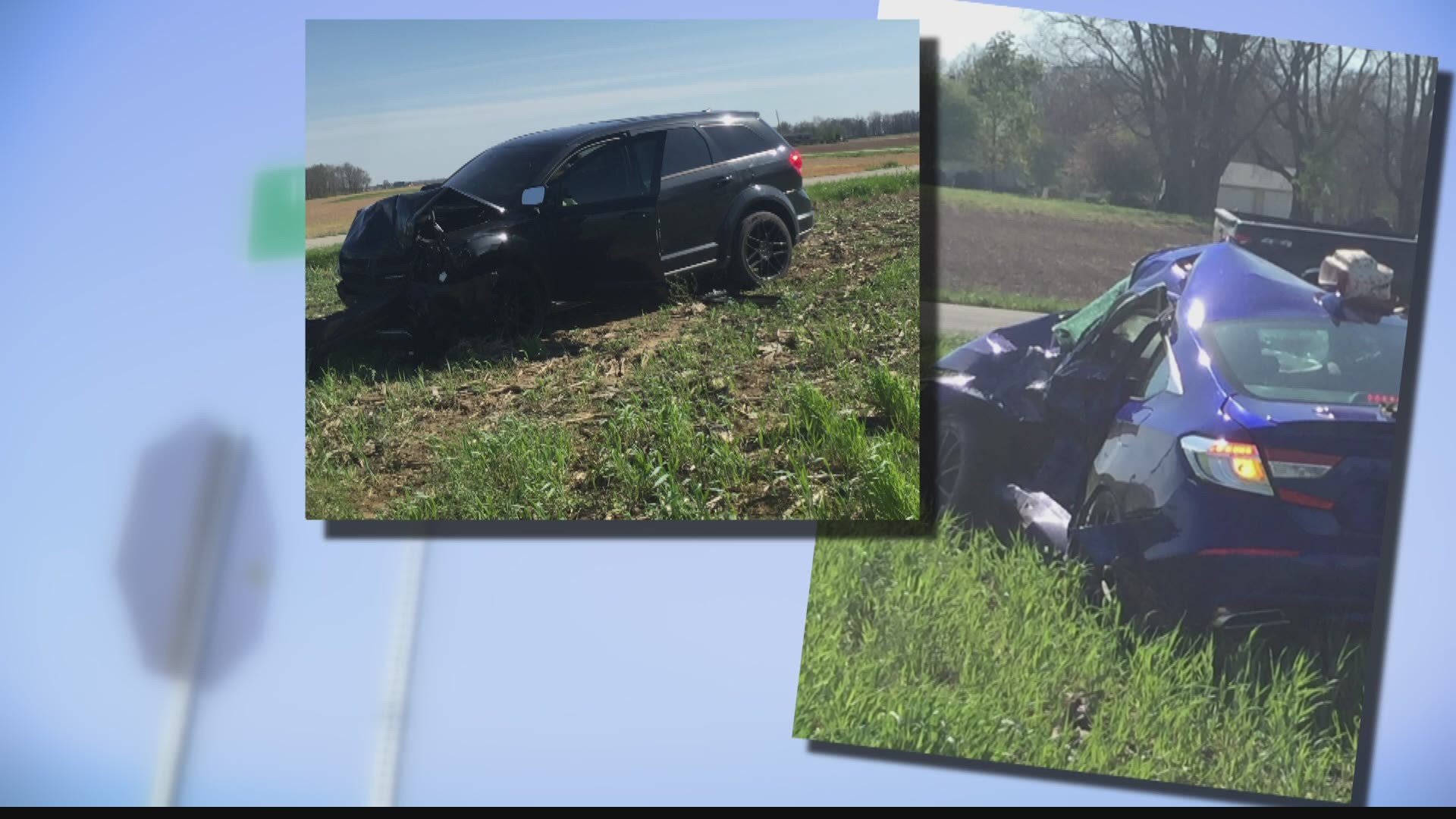 ARCADIA, Ind. — Hamilton Heights School Corporation was scheduled to have prom on Saturday night. But just before 7 p.m. on Saturday the school canceled prom after receiving news that two high school students died and two others who were injured in a crash on their way to the event.

The students have been confirmed by their respective schools as Hamilton Heights senior Kalen Hart and her date, Cathedral High School junior Lendon Byram.

The names of the other students involved have not be shared publicly.

"We are reaching out to share there has been an accident involving Hamilton Heights students on their way to prom," Arrowood said. "It is with deep sadness and a heavy heart that we have been informed that two students involved in this accident have died from their injuries."

Sunday morning, the school sent another message to families to inform them of grief counseling available at the school from 2 p.m. to 5 p.m. Sunday afternoon.

Cathedral scheduled a prayer service at 1 p.m. on its Indianapolis campus.

The Hamilton County Sheriff's Office said at 5:15 p.m. deputies were alerted of a two-vehicle crash at the intersection of 281st Street and Lacy Road.

One of the vehicles was a Honda Accord with four teens in it, including Byram and Hart. The group was on their way to prom in Kokomo when they were t-boned by an SUV and both vehicles ended up in a nearby field.

When officers and medics arrived at the crash, they found Byram, who was driving, and Hart, his front-seat passenger, dead at the scene.

The other two passengers in the Accord were taken to St. Vincent Hospital to be treated for non-life-threatening injuries.

The person driving the SUV, also not identified by authorities, declined medical assistance at the scene.

Investigators told 13News Saturday night that they did not believe alcohol or drugs contributed to the crash, which is still under investigation.

It is with great sadness and a heavy heart we share the passing of Lendon Byram '22. Cathedral will have counselors and members of our faith-based community on our athletic/football practice field Sunday at 1 p.m. to gather, grieve, and pray. Rest in peace, Lendon. pic.twitter.com/UcwbAR5UDh

A school spokesperson said Byram was from Noblesville. He was just inducted into the National Honor Society at Cathedral and was planning to take part in an international debate competition this summer.

Jacob Cook of Arcadia said he and his family were at a house on the southeast side of the intersection Saturday having a celebration of life for a family member who had died. He and about 50 others at the celebration witnessed the crash.

According to Cook, when they heard the crash they jumped up to help.

“You know when I came around …one of the vehicles, the driver was already out. So, I went immediately to the other vehicle and came around and knew it was serious," Cook said.

Cook called 911 and the school to let them know what happened. Other members of his family stayed with the two passengers who survived and helped them call their families.

“Just the whole where you were getting ready and you were going to go eat and you were just going to enjoy being young and having so much to look forward to. To have that cut short in such a tragic way. It’s tough," Cook said.

“As a dad, as a member of the community, as someone who loves where they’re from … something like this, all that matters is just those families … you know, the parents and just losing life way too young," Cook said.

Arrowood said all scheduled prom activities were canceled. The school corporation had grief counselors and members of its faith-based community at the Elite Banquet Center in Kokomo, where the prom was scheduled to take place, and at the Hamilton Heights High School Media Center.

“It’s heartbreaking to see anyone in pain," Arrowood said. "It’s especially heartbreaking when it's family members in pain and this is my family. My role is to create opportunities for our students to go off and do great things and now there are students who won’t be able to do those great things and there are students who are impacted by that loss. My own kids went here and graduated so I also look at it through the lens of a parent and as a parent how could you possibly deal with that grief? So we need to make sure we are supporting those families.”