Some students say it's for their well-being, while others believe it should be illegal. 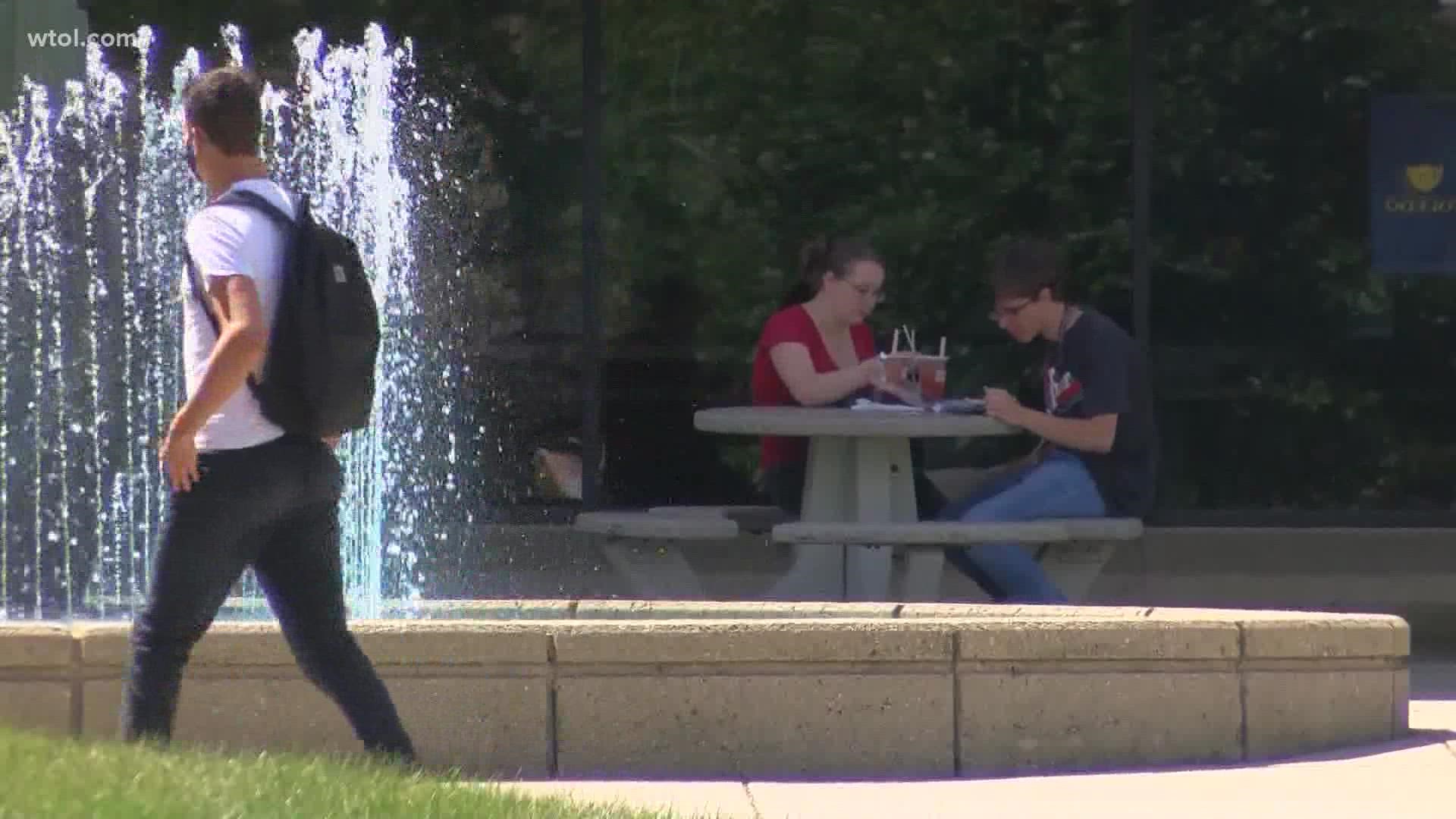 Some universities are now requiring all students and staff on their campuses to be vaccinated.

And they must also show proof before the start of the fall semester.

Some of you have expressed mixed reactions to this, and University of Toledo students are talking about it.

"Most people see it as not like it's not something you should do but I think we should all try to like get vaccinated because we, like we all trying to be safe," said Pam-Ashley Atabong, a freshman at the University of Toledo.

People at the college are on both sides of the fence after the University of Michigan and Michigan State announced the vaccine is mandatory for students and staff.

"I completely agree with them asking for vaccination cards and proof of vaccination. As a former student, I was always concerned about was I gonna get sick, miss class, miss work from my job, and not get paid," said Donna Beauregard, a graduate of the University of Toledo.

Others we talked to on campus say they're against it but didn't want to say it on camera.

But many voiced their comments on social media.

Kim Hill says you can't force people to get the shot.

Aaron May says it's a public university and the vaccine is a choice. That is illegal.

But Some UT students say they wouldn't mind it if it happened here.

"If they did it here, I would say one, it'd be a pleasant surprise because for me I'm a fan of you know what they're doing over in Michigan. It actually feels like they would care about you know like the student relatives that would come by," said Ricardo Cabrera, a senior at the University of Toledo.

Especially for the well-being of the students and their families.

"Being considerate towards other people. You know, in this case, I'm not thinking only about myself. I'm thinking about the other people that I come into contact with. And maybe their kids or maybe their grandparents. So, that's the big problem here," said Beauregard.

"I just say go take your vaccine. You wanna be safe. Just go for it," said Atabong.

We reached out to the University of Toledo and the school says it does not plan to make the COVID vaccine a requirement as of now.