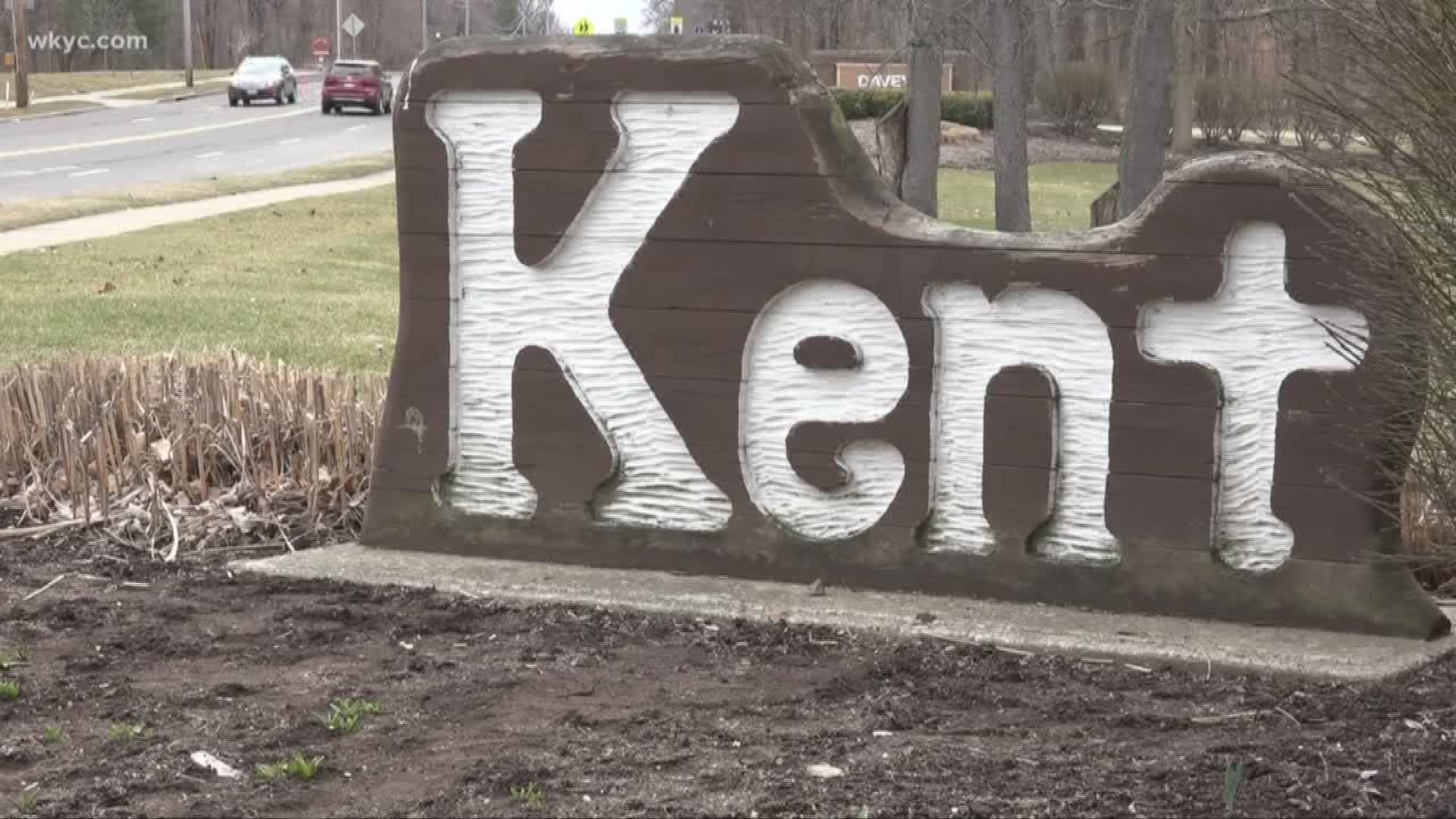 This is the "Tree City" with about 29,000 residents and a multitude of black squirrels.

We teamed up with Kent native, Phillip Grant Jr., for a tour of the city's best spots.

“Kent has really changed throughout the years,” says the 22-year-old who left the region in 2015 to play division two basketball out of state. His time away from his roots didn’t last long.

“I came back because I was homesick. Being in West Virginia I missed my mom’s cooking.”

With his mother’s cooking on the mind, it’s no surprise Grant’s first tour stop in Kent involves food.

“I chose the Rise and Shine Café because they sell the best cinnamon swirl pancakes in America.”

“The Tina Cakes … were made by one of our cooks that first started with us six years ago,” says Leggett, who also grew up in Kent. “Unfortunately, she moved to Alabama. She still comes in whenever she’s in town to see if we still have her Tina Cakes on the menu and we do. People just love those.”

Leggett’s business is in Kent’s $150 million redeveloped downtown. The construction project upgraded the city’s main hub over the span of eight years between 2009 and 2017. The redevelopment also connected Kent’s downtown to another city gem just under a half a mile away; Kent State University. It’s where Grant is now enrolled and majoring in broadcast journalism.

“Kent's so diverse and that's what I really do love about it,” Grant says. "You could take the same route to class every single day and you'll meet somebody different.”

If you have plans to visit Kent State, the university’s Director of Media Relations Eric Mansfield recommends stopping by the Kent Fashion Museum in Rockwell Hall.

He says the museum “is quite visual and receives national recognition.”

And for those looking for family fun, Grant recommends Plum Creek Park off Cherry Street.

“You got basketball, you got baseball fields,” says Grant. “This is the place to be for a kid and just families in general.”

According to Kent’s Parks and Recreation website, Plum Creek Park is located on 25 acres of land and has expanded over the years to include picnic shelters, a baseball diamond, sand volleyball court and a playground facility designed to be accessible to the mentally and physically challenged.

THE BEST WHEN IT COMES TO POPCORN

The next stop on Grant’s tour is Popped!, another locally owned business in downtown Kent.

Popped!’s owner, Gwen Rosenberg, says her secret behind the taste is the ingredients.

“It’s all from scratch,” says Rosenberg. “I don’t use artificial popcorn or flavors."

The former stay-at-home mom turned small business owner launched Popped! with her signature caramel popcorn recipe, which she says she perfected while raising her four kids in Kent.

“I had that one recipe and that’s what kind of launched everything.”

From Popped! to the restaurant and bar scene, to kayaking on the Cuyahoga River flowing through the city, Kent has redeveloped and re-imagined its college town appeal.

“It's really turning into like a tourist attraction,” says Grant.

In an e-mail, Kent City Manager Dave Ruller points out that “the Kent Stage on Main street draws fans from all over Ohio and adjacent states to see Grammy award winning acts.”

According to its website, the downtown theater is the host of approximately 150 concerts a year, the Kent Folk Festival, film festivals and numerous plays.

“There is always something going on,” says Rosenberg. “There’s like a festival every weekend. The school district is excellent. It’s a beautiful community with parks and good people.”

Both Rosenberg and Grant are proud to call the area home.

“I'm glad I grew up here,” says Grant. “It taught me a lot and I'm excited for the future.”

To nominate your Northeast Ohio hometown for the WKYC Unzipped series, send an e-mail with recommendations to morningshow@wkyc.com.