Vincent Jackson's brain will be donated to CTE research, spokesperson for family says

Jackson's cause of death has not yet been determined. 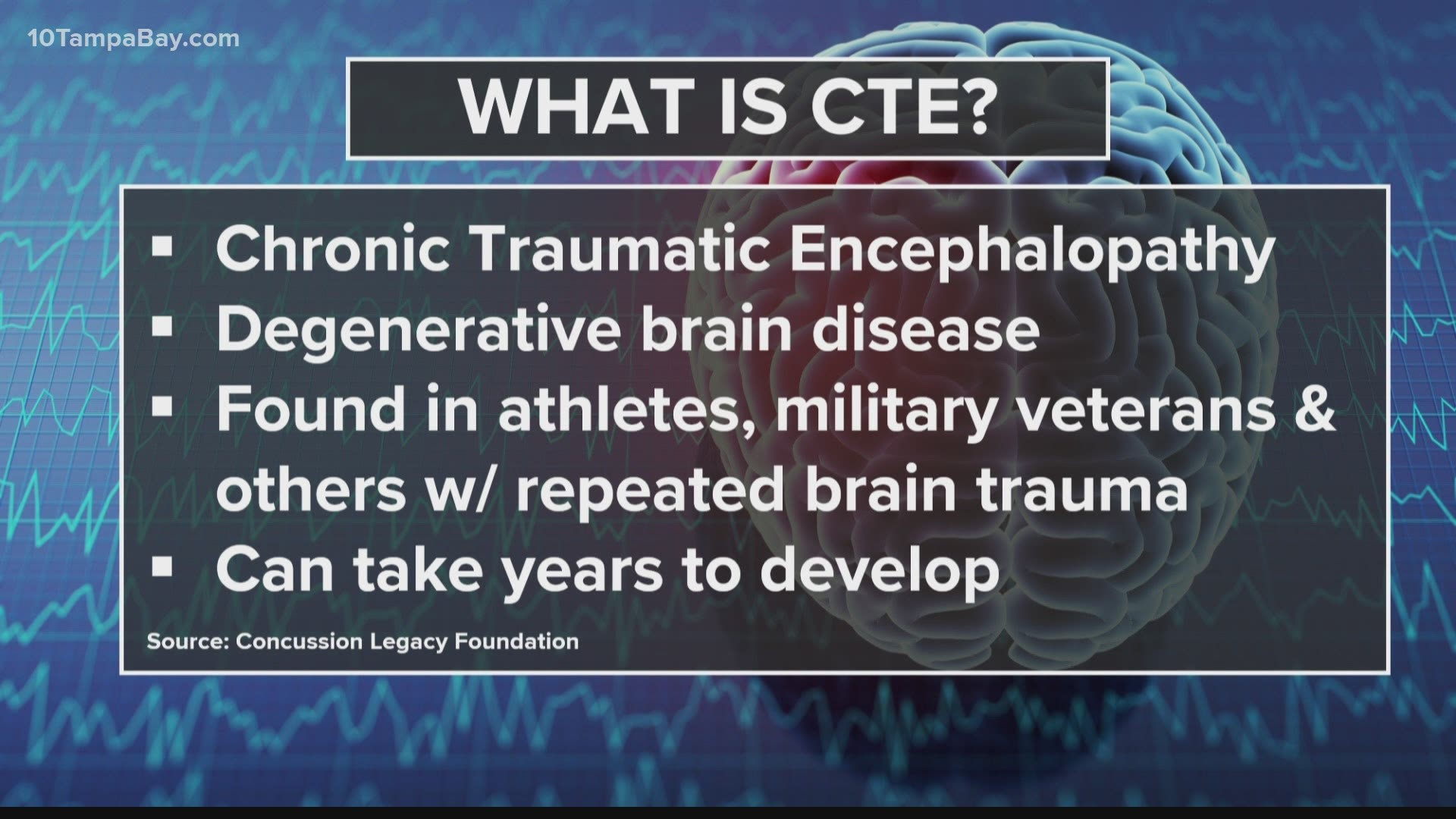 The spokesperson, Allison Gorrell, told multiple news outlets Jackson's brain will be sent to Boston University to determine if he had suffered from the degenerative brain disease. Gorrell confirmed the family's decision to 10 Tampa Bay.

Many questions surrounding Jackson's death still remain unanswered. The Hillsborough County Medical Examiner's Office has said it could take months before an autopsy is even completed.

On Thursday, a report from Hillsborough County Sheriff's Office revealed that, for two straight days, staff from the hotel Jackson's body was found in had seen the former Bucs player "slouched over" on a couch in his room. It wasn't until the third day workers called authorities who later discovered he had been dead.

According to the same report, a small cut was found on Jackson's big toe, but no other visible signs of injury were found.

The report also states Jackson had a history of alcohol use and used smokeless tobacco. But, it does not draw any conclusions about his cause of death. Jackson did not have any known history of drug use, the summary added.

According to Boston University, chronic traumatic encephalopathy, know as CTE, is a degenerative brain disease commonly found in "athletes, military veterans, and others with a history of repetitive brain trauma."

Jackson retired from the NFL in 2018 after 12 seasons. He is the 4th leading receiver in Buccaneers history, putting up 4,326 yards and 20 touchdowns during his time with Tampa Bay.